The East Gippsland coast is a very special place made up of vast areas of wilderness containing some of the most remote national parks in Victoria. These protected areas safeguard a range of different ecosystems which provide critical habitat for migratory birds and threatened native species. They also provide benefits to the community at local, regional, state and national levels.

Cape Conran Coastal Park suffered widespread, intense fire over the 2019-20 summer. Bushfires impacted around 80 per cent of the park, leaving the environment especially vulnerable to damage from pest plants and animals.

After the fire front passed, areas at Cape Conran Coastal Park were inundated by a mass germination of Dolichos Pea (Dipogon lignosus), an invasive coastal weed triggered by fire. If left untreated, this weed can grow very rapidly, smothering native plants and taking over large areas. 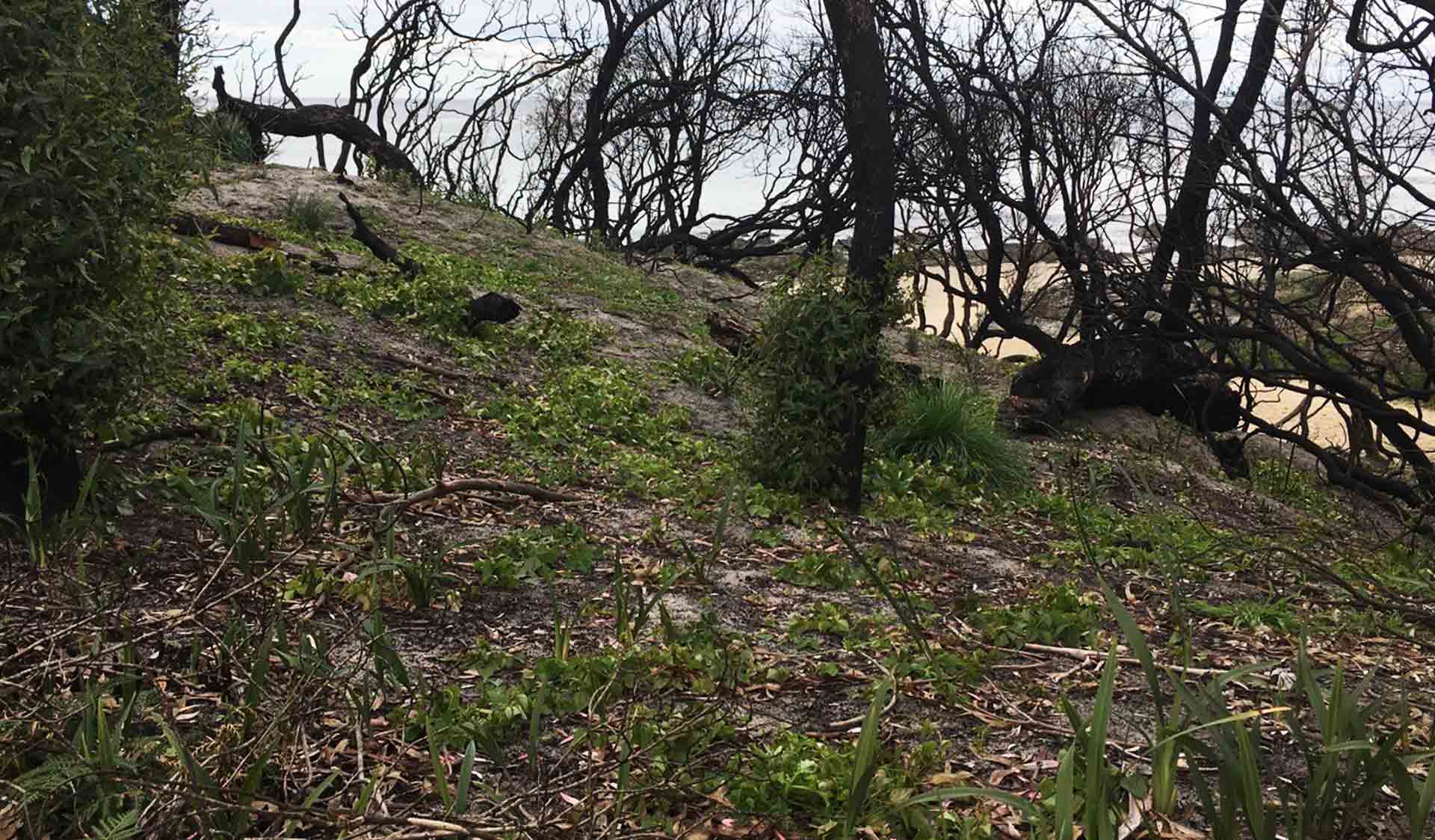 Dolichos Pea competes with native vegetation recovering from the fires at Cape Conran Coastal Park. Parks Victoria and contractors are monitoring and treating Dolichos as it germinates after the fires.

Luckily, our people at Cape Conran Coastal Park were quick to notice the flush of Dolichos Pea germination and directed contractors to the area as soon as it was identified. The weed control had to be done carefully and precisely, as the Dolichos Pea is growing amongst regenerating native species.

Early intervention is very important for reducing the long-term impacts of weeds to the natural environment and providing a better chance of recovery to this area, which has already suffered so much damage. Follow up treatments will be necessary, and the Cape Conran Coastal Park will be continuously monitored for Dolichos and other emerging weeds as the native vegetation recovers. 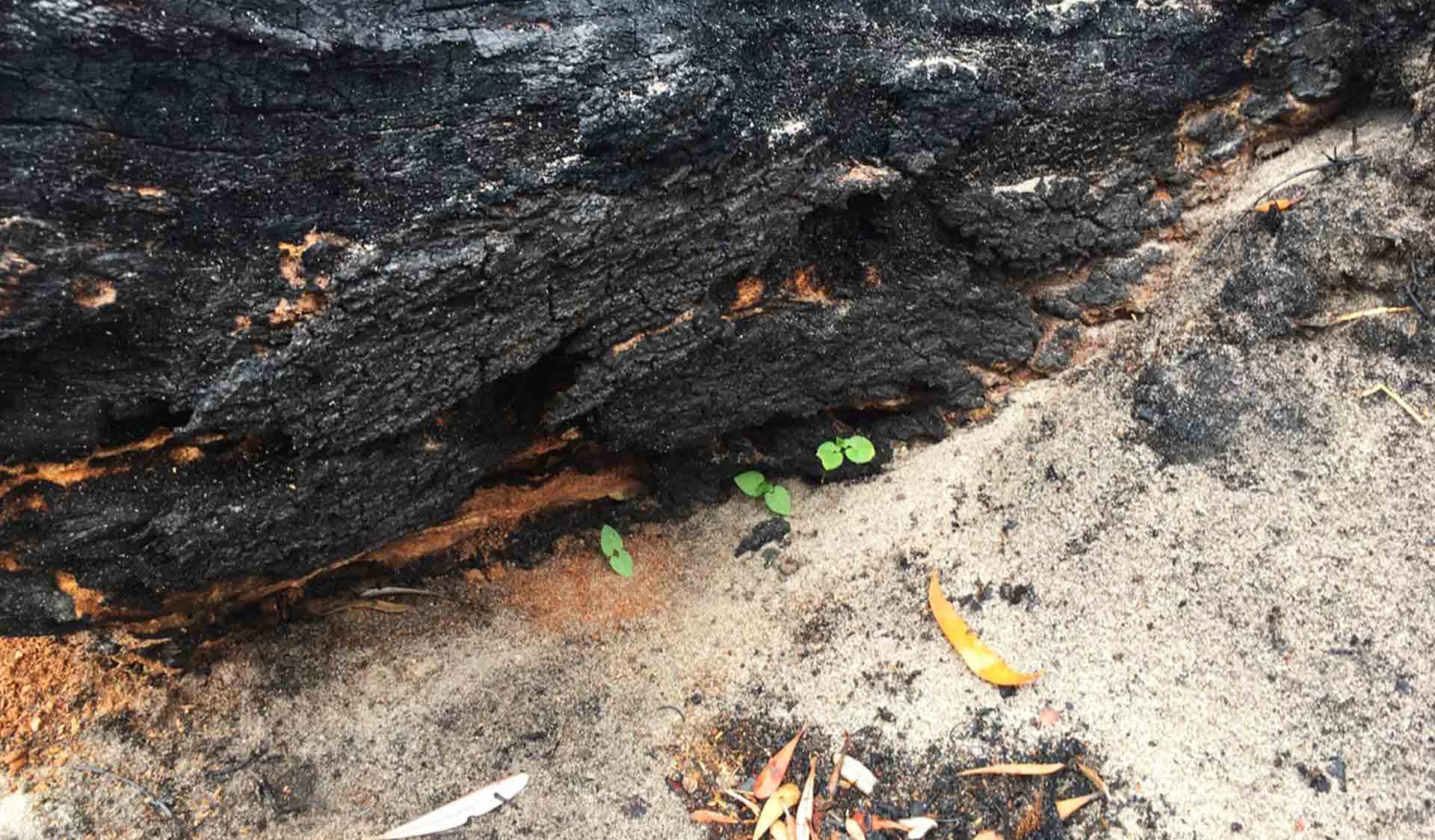 Dolichos Pea germinates from under a burnt log in Cape Conran Coastal Park.

This work was funded by the Victorian Government’s Biodiversity Response Planning program, and contributes towards the Biodiversity 2037 target of 1.5 million hectares of weed control. Further weed assessment and control work in fire affected areas is ongoing.

We need to stop Dolichos Pea while it’s still small so it doesn’t have the chance to reach maturity.
Photo credit: Mark Imhoff/ Agriculture Victoria