Did you know that feral pigs were first sighted in Victoria in 1959? Since then they have become a significant problem across the entire state, particularly in East Gippsland.

The Greater Alpine and Snowy River National Parks in East Gippsland are very special places made up of vast areas of wilderness containing some of the most precious ecosystems in Victoria.

National parks are protected areas which safeguard the natural environment, providing critical habitat for threatened native species. As the manager of these national parks, Parks Victoria is responsible for responsible for deciding what actions to take to ensure that they are healthy.

Feral pigs pose a significant threat to many of the natural values, assets and industries in the area.

Through their selective feeding, trampling and digging in search for roots and tubers to eat, feral pigs damage native vegetation, spread weeds, alter water quality, degrade soil structure and integrity. This damage heightens the risk of extinction for threatened native species like the Long-footed potoroo, which rely on a healthy natural environment for their habitat. Being omnivorous, they also eat native frogs, fish, birds, turtles, small reptiles and mammals.

Agricultural assets are also at risk from feral pigs, as they damage infrastructure, prey on lambs and compete with livestock for pastures. They also pose a significant biosecurity threat as carriers for several livestock diseases and parasites.

The 2019-20 summer bushfires have impacted around 20 per cent of the project area. We suspect that the fires have had impacts on the movement of feral pigs further south on the Snowy River corridor, as there were reports of pigs near Buchan and Orbost soon after the fire activity subsided. Areas impacted by fire will be more susceptible to damage from pigs and the new growth is often very attractive and gets heavily browsed. 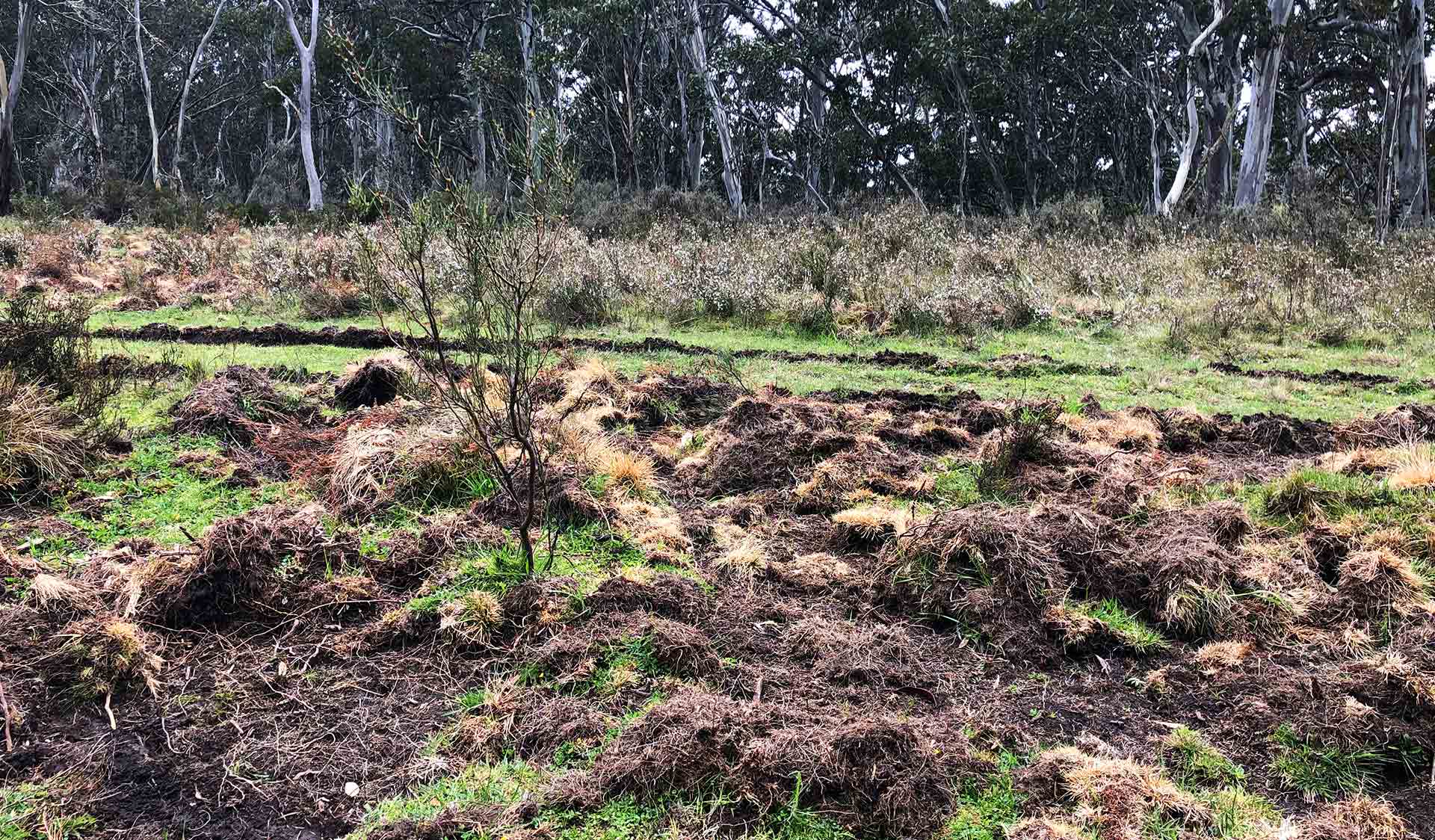 Over the past two years, Parks Victoria has been working with Moogji Aboriginal Council to remove feral pigs from important protected areas in the Snowy River National Park and Eastern Alps. This work has contributed to a reduction in feral pig numbers, enabling many native plants, wildlife and ecosystems to be protected and recover from past damage.

This conservation project is funded by the Victorian Government’s Biodiversity Response Planning program, to reduce threats and improve the health of the natural environment.