The Aboriginal Heritage Act 2006 defines an Aboriginal Place as an area (or coastal waters) in Victoria that is of cultural heritage significance to the Aboriginal People of Victoria. Victoria’s parks contribute to Aboriginal people’s social, spiritual, economic and physical wellbeing. While many places are physical, others have no physical form but remain significant to the living culture of Aboriginal people through their connection to ancestors, lore, traditions, language, story and ceremonies.

Place components are distinct cultural features within a place, with requirements for their accurate description and associated heritage values (Aboriginal Affairs Victoria, 2008). It is important to recognise that while protection and conservation of physical place components such as artefacts scatters and scar trees are important in themselves, they are only part of much broader cultural landscapes that recognise both tangible and intangible cultural values.

Extent and representation of recorded Aboriginal place components in parks

Extent and representation of recorded Aboriginal place components in parks

Number of known Aboriginal places and place components within parks 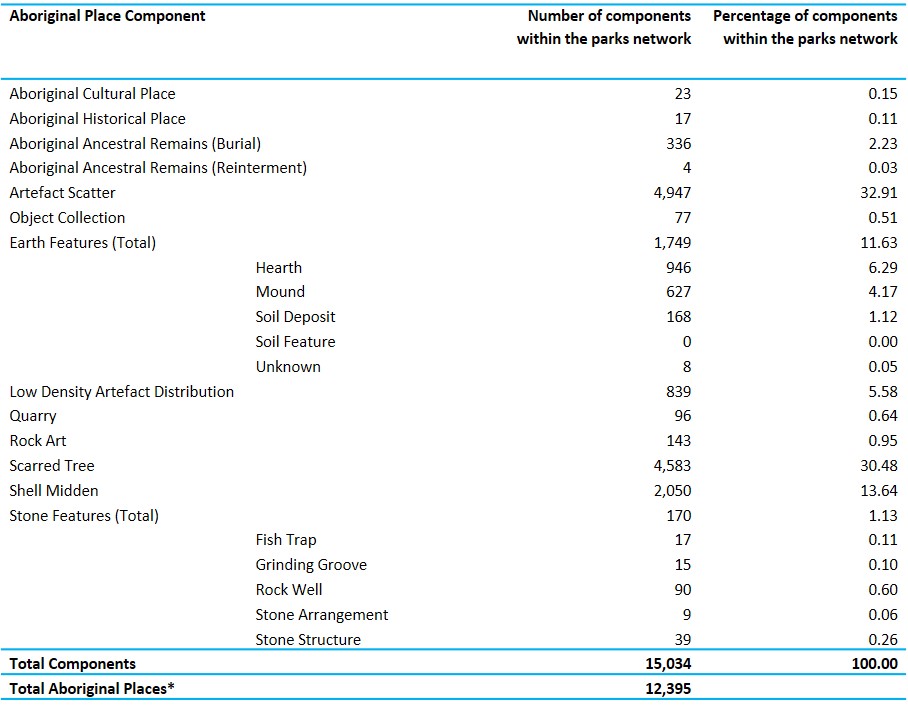 Go to next section of State of the Parks Fourth Edition: Status and management of key threats to Traditional Owner cultural places