An investigation is in progress after a large amount of waste oil was illegally dumped inside a national park outside Bendigo.

A large oil tank was found dumped inside the Greater Bendigo National Park, near Rifle Range Road, on Monday 28 March.

It appears the tank was taken to the site, tipped on its side, and left to empty into a drainage ditch, spreading oil more than 40 metres through native bushland.

Parks Victoria rangers and Environmental Protection Authority officers have cordoned off the site and begun clearing the liquid and contaminated soil for disposal, the only way to stop it spreading to other waterways and causing more damage to the environment, wildlife and vegetation.

Parks Victoria and the EPA have asked for anyone who may have information about the incident or who may have seen a vehicle carrying a white oil tank in the area to get in touch.

Oil puts the native species that call the area home at serious risk. Greater Bendigo National Park protects a box-ironbark forest that is a vital habitat for many bushland birds, like the swift parrot, as well as many native wildflowers.

“Dumping oil in a National Park is incredibly reckless. If anyone has information about this incident, please get in touch on 131 963.”

“This oil could have killed native animals and plants and will take a considerable amount of time and money to clean up.”

“Someone has probably seen this container being transported and can help to identify the culprit, who not only faces a fine in the thousands of dollars but can expect to pay the cost of the clean up too.” 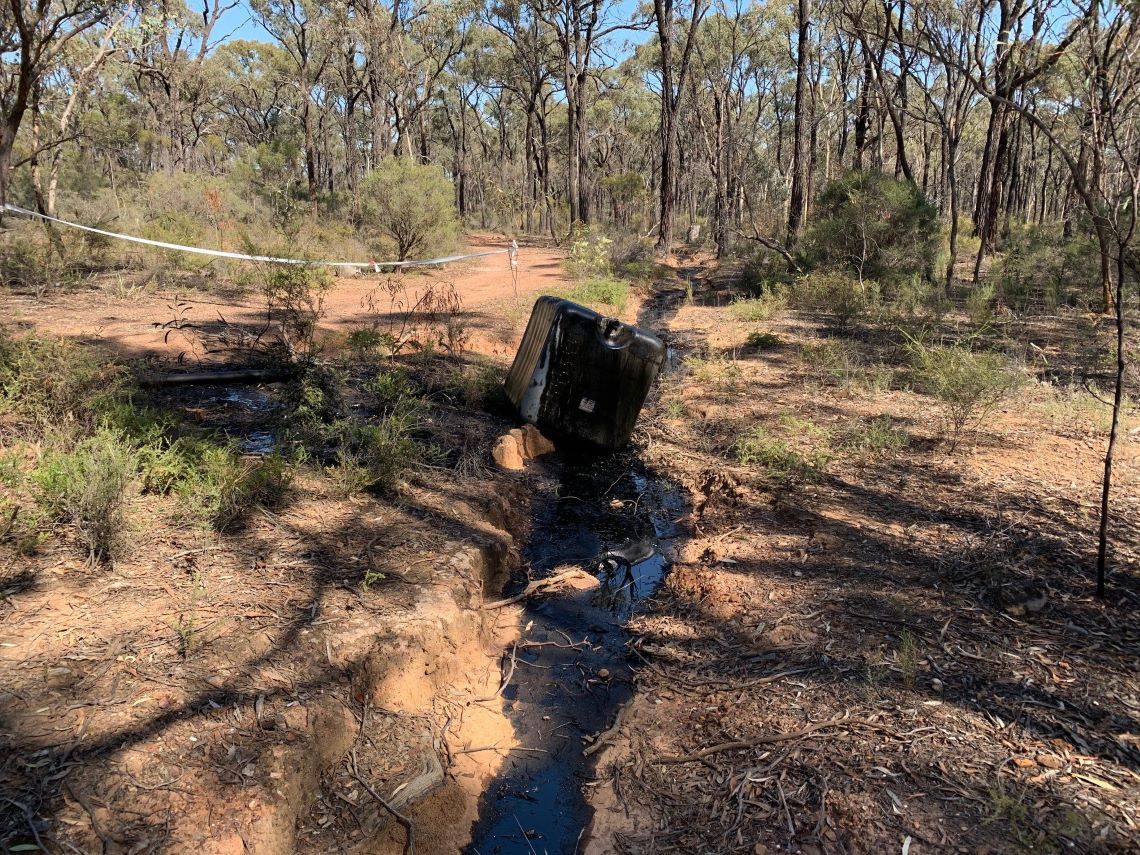