The beautiful and colourful Major Mitchell’s Cockatoo is critically endangered in Victoria due to a decrease in its abundance and distribution after the 2014 fires in the Mallee. The fires destroyed 93 per cent of the known cavity bearing Slender Cypress Pines and more than two thirds of the Major Mitchell’s habitat. 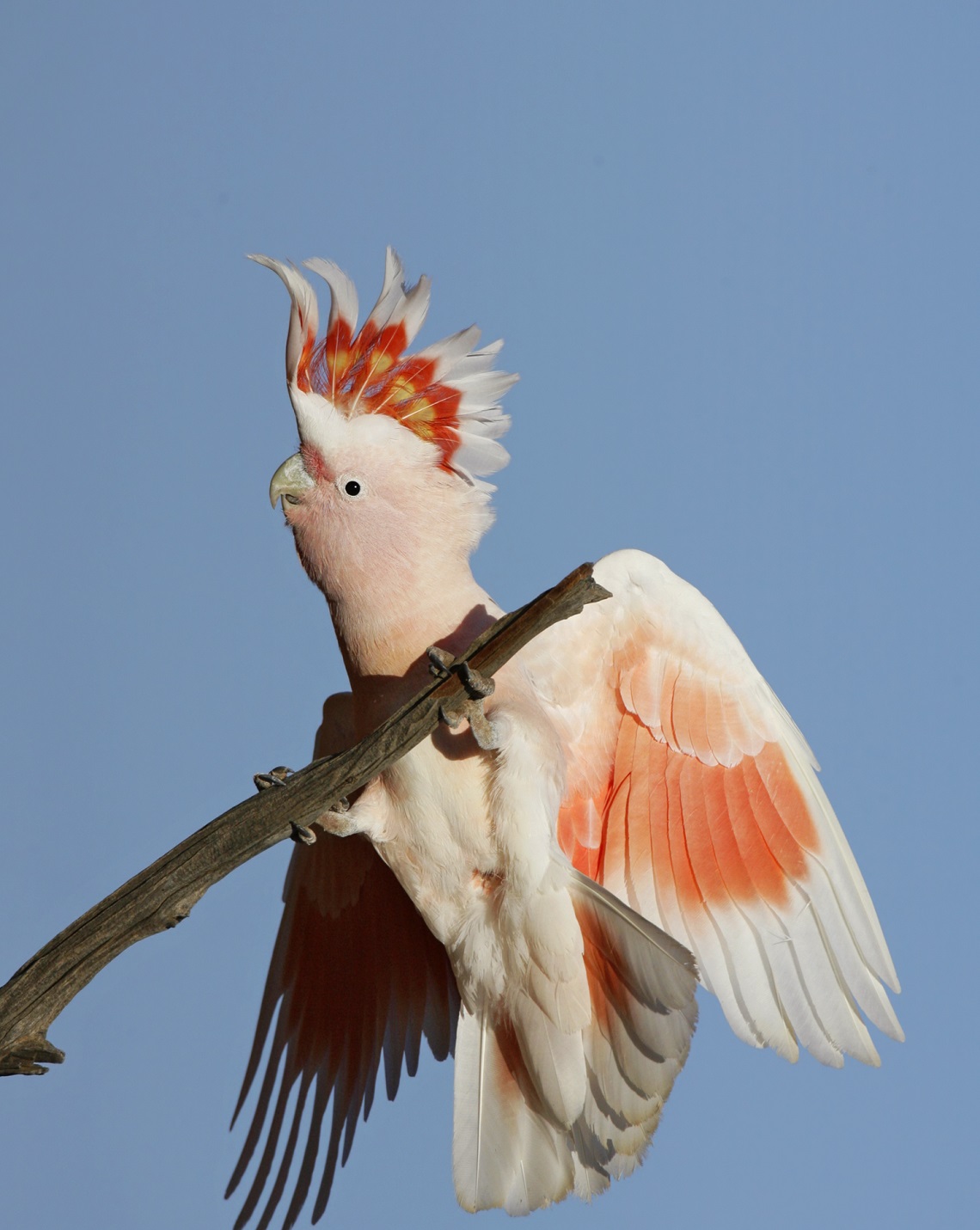 The Major Mitchell’s Cockatoo relies on deep cavities in Slender Cypress Pine trees for nesting. Typically, only older trees produce cavities large enough for successful nesting, some of them are approximately 170 years.

Due to the shortage of trees with natural hollows in them, a technique to create new hollows was developed by Birdlife Australia's Dr. Victor Hurley in 2015.

Hollows are carefully carved into suitable trees with wood carving tools to provide the cockatoos with a protected place to nest and create more homes for them in the short term, while revegetation programs aim to provide more trees over the longer term.

“These new hollows have proven to provide better habitat for the Major Mitchell’s Cockatoo than standard nest boxes as they are more durable and require less maintenance” said Dr Hurley. However, over abundant native animals such as Galahs can outcompete other native animal species such as the Major Mitchell’s cockatoo, in this case for food and nests in tree hollows.

“A control program from 2020-2022 has reduced the number of over-abundant Galahs in the area to allow the Major Mitchell’s Cockatoo to occupy and breed in hollows where Galahs have been removed” said Brendan Rodgers, Parks Victoria Total Grazing Management Coordinator.

“This work is crucial to ensuring the Major Mitchell’s Cockatoo has the best chance of survival in this area” Mr Rodgers said.

A tree hollows monitoring program, led by DELWP, tracked the impacts of Galahs in Wyperfeld National Park over the last 25 years. During this time the number of breeding pairs of Galahs in surveyed trees increased from one to as many as 80 pairs in some years, while the Major Mitchell’s Cockatoo population halved.

Since the works, the Major Mitchell’s population numbers have begun to increase, with 2022 breeding season showing the highest number of breeding pairs occupying tree cavities since 1998. Works to protect Major Mitchell’s Cockatoos and their surrounding habitat is part of a wider approach to restore the wider Mallee landscape.

Carefully managed rabbit control works completed in partnership with Traditional Owners have given native trees and plants a chance to naturally regrow, benefiting the wider ecosystem.

A recent report has shown the reduction in grazing has resulted in an improvement in the condition of the Semi-arid Woodlands at Wyperfeld National Park. Learn more about the work to protect and rejuvenate the Mallee ecosystem.