Force of nature - the women who make up Parks Victoria

Every day, we are inspired by the incredible women of Parks Victoria who utilise their expertise, passion for nature and unwavering work ethic to manage, protect and share Victoria's most precious places.

An extraordinary group of women make up our workforce, many of whom are changemakers in their respective fields – fearless in their pursuits to advocate for and create a more equitable world.

Globally, women only represent an estimated 3 to 11 per cent of the ranger workforce. Closer to home at Parks Victoria, we are proud to see more women breaking away from the persistent gender bias, stereotypes and traditions that exist within the conservation sector. As of March 2022, women make up more than 27 per cent of our ranger cohort.

Around 39 per cent of Parks Victoria’s employees are women. Since 2017, the percentage of women at Parks Victoria has grown by four points, and the number of women in leadership roles has increased – now at 47 per cent. Additionally, our Executive Management Team is represented by an even split of men and women, and 54 per cent of promotions that occurred in the last financial year were awarded to women.

These women are role models for future generations of scientists, curious minds, explorers and nature lovers.

We recognise that much more needs to be done across our organisation to be an employer of choice for women of all ages and backgrounds, and we will continue to implement and execute our goals to achieve this.

For Jodi Heath, true change will come from “being relentless, calling out inappropriate behaviour and inequity, and challenging the status quo”.

Jodi is District Manager for the Western Basalt District. She joined Parks Victoria in March of 2020, just as the COVID-19 pandemic took hold, and soon launched the Women of the West Network – a safe space for women to speak about the big issues they face and how to tackle them head on. Currently, around 80 women are participants.

“I’ve always said that everybody has an extraordinary story, and it is up to every person to be curious and find out what those stories may be. When I started the Women of the West Network on International Women’s Day last year, it came from my drive to help people find their tribe or their mob and to gain the confidence to speak up whenever there might be an issue,” she says.

Jodi is particularly passionate about supporting women who have experienced sexual harassment in the workplace and impacting cultural change in this space. The Women of the West Network was formed following the inception of Women in the North, and now a Women of the South Network also exists to support women across Parks Victoria.

Jodi is also part of a pilot program with five District Managers from Parks Victoria, known as the International Park Managers Round Table, which includes representatives from the United States National Parks Services. They discuss and workshop challenges and opportunities across the globe.

She is proud of her passionate team and is at her best spending time out in nature with them. “My team swells to between 75 and 80 people when we have our Project Firefighters on board. The best part of my role is being out in our beautiful parks and reserves, and the wonderful outcomes my team provide really ground me in the importance of the work Parks Victoria undertakes in nature to preserve it for current and future generations.”

Deputy Chair of the Parks Victoria Board, Lisa Marty, believes diversity and active inclusion is fundamentally important for our community. “It also provides for a better workplace culture, good decisions and stronger performance," she says.

“Bias and inequity are issues for everyone. Women and men need to work together to understand and tackle systemic barriers to change, and to support diversity and inclusion becoming the business-as-usual culture.”

In February, the Parks Victoria Board approved the Gender Equity Action Plan, which includes actions to drive meaningful and sustainable change and ensure Parks Victoria is a safe, inclusive and contemporary workplace.

“Commitment from leaders is important to driving cultural and systemic change. We all have a part to play in breaking the bias. That includes calling out discrimination and poor behaviours. It also includes considering our own biases and treating others as we would like to be treated.” 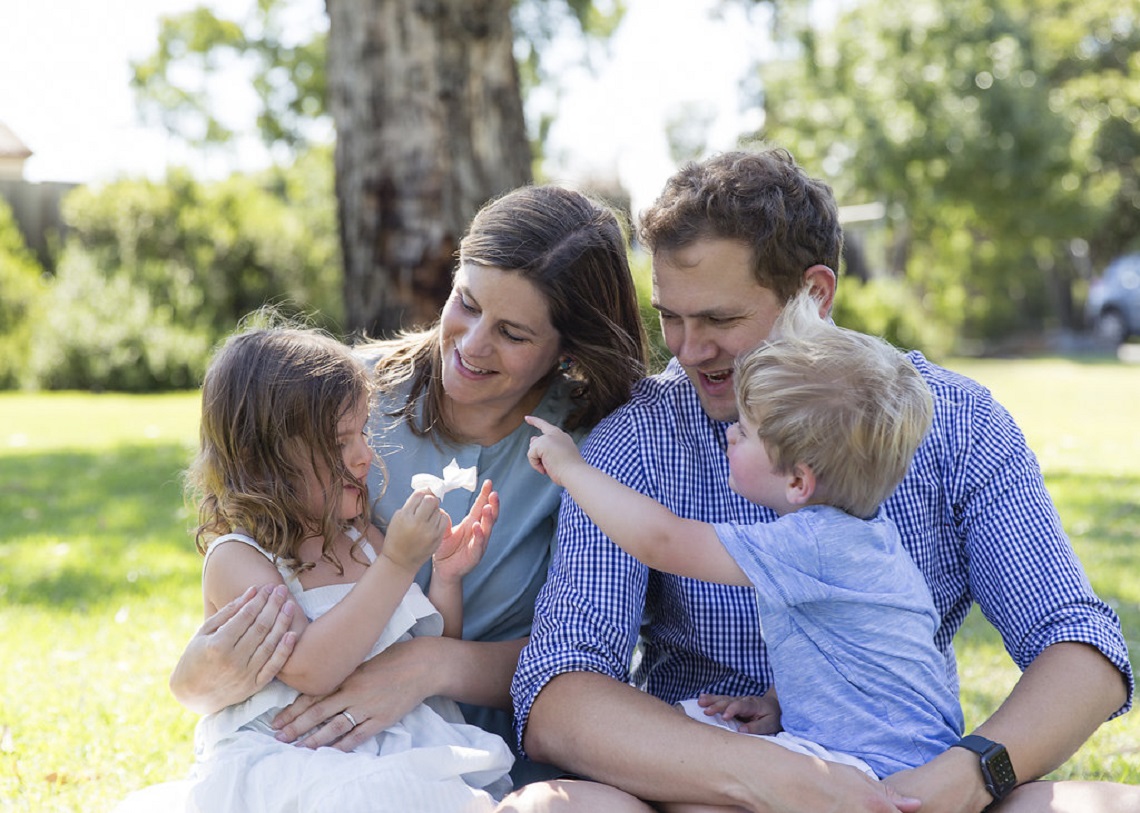 Lisa Marty with her family

During her time working as a CEO in the forestry industry, where women represented just 13 per cent of the workforce, Lisa established a Women in Forest and Timber network across Australia to support networking, professional development, confidence and opportunities for women in the sector. She was also the first woman to be appointed to the First Super Board.

“I have worked in several male-dominated industries, such as forestry, where I was the only woman in the room. Different opinions can be ignored, different ideas credited to dominant voices or discounted, different needs (such as toilet facilities) can be poorly met, and assumptions made that underestimate, undervalue and disrespect the individual.”

“I am grateful that in many of my roles, a different perspective was valued, sought after and supported by colleagues and mentors."

Lastly, for Jo Richards, to break bias in the workforce we must raise women’s confidence. “I see amazingly talented women who are more than capable of taking on new challenges but resist unless given a prod. I wish many of these women could see themselves as I see them – as intelligent, talented and determined,” she says.

“I’ve had numerous conversations with young leaders who hesitate to put their hand up for opportunities. When you tell them you believe in them and you will support them, amazing things happen.”

Jo is the Regional Director for the Southern and Maritime Region. She has been with Parks Victoria for 26 years, starting in 1994 as a ranger at Point Cook. “I love the places we manage, the diversity of my role and the people I work with. I can go from a day in the office, to a visit at a pier after a meeting with stakeholders or staff, or lead a tour with the Minister. Recently I was the last person to leave Point Nepean National Park and I loved standing in complete solitude as the sun set and a wallaby jumped past.” 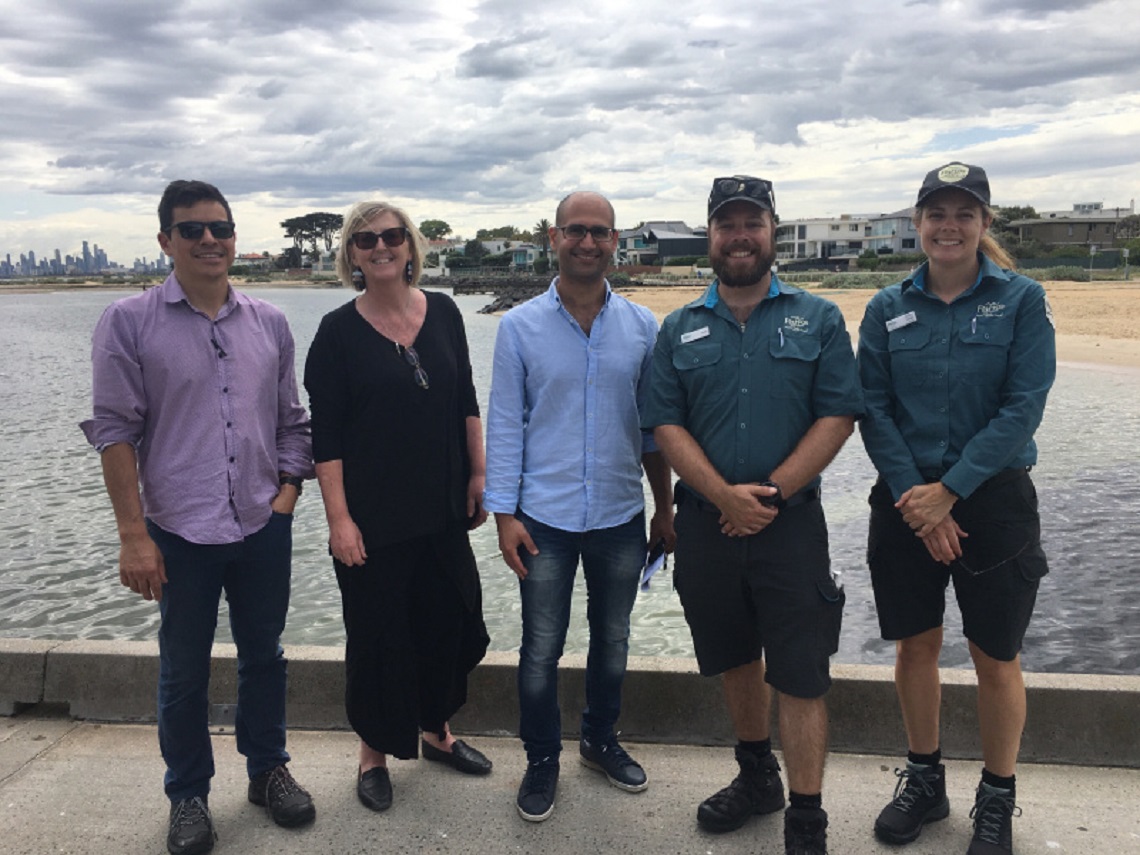 Jo has sought to break bias throughout her career by being her most authentic self.

“In all my years working in predominately male dominated work centres or industries, I have never stopped being me,” she says. “I was raised by a mother who never doubted me or had particularly gender-focused views on what I should look like, what I should do or who I should be – which I think was unique for the era I grew up in. I had good mentors around me who didn’t doubt me and if I found myself feeling challenged or put in a box, I would rise above it and just keep delivering.”

"I've had challenges throughout my career – a particularly confronting moment was being winked at following a meeting where every other person in the room, all men, received a handshake. As a leader now, I am more aware with hindsight and experience of the less overt gender bias – the casual bias I seek to call out and challenge when I see it.”

Jodi, Lisa and Jo are just three of the incredible women who make Parks Victoria the organisation it is.

We will continue to celebrate, support and elevate them.