Plans for three new parks in Melbourne’s fast growing west and south east have been released for communities to have their say.

Wyndham Vale, Deanside and Clyde are getting new parks as part of the Victorian Government’s $315 million Suburban Parks Program, which will provide 6500 hectares of new and upgraded accessible green space for Melbourne’s growing outer suburbs.

On a visit to President's Park overlooking the site of the planned Werribee Township Park over the weekend, Minister for Energy, Environment and Climate Change Lily D’Ambrosio released draft plans for the three new parks.

The draft plans were developed using ideas received during community consultation in 2021. Parks Victoria is now seeking feedback to help finalise the long-term vision for these new spaces.

Large metropolitan regional parks have a significant role to play in Melbourne’s open space network and in securing Melbourne’s liveability. Once complete the parks will offer people a range of activities like walking and cycling tracks, tourism and education opportunities.

Parks Victoria is working closely with Traditional Owners, local councils, water authorities and the Department of Environment, Land, Water and Planning to ensure the parks will meet the needs of their growing communities, preserve and enhance the area’s natural and cultural heritage values.

Community members can share feedback on the three draft plans until 15 May through surveys on Engage Victoria, participating in an online session, or by speaking to the Parks Victoria team during community pop-ups in April and May. The draft plans are expected to be finalised for release later this year. For more information and to get involved visit Engage Victoria. 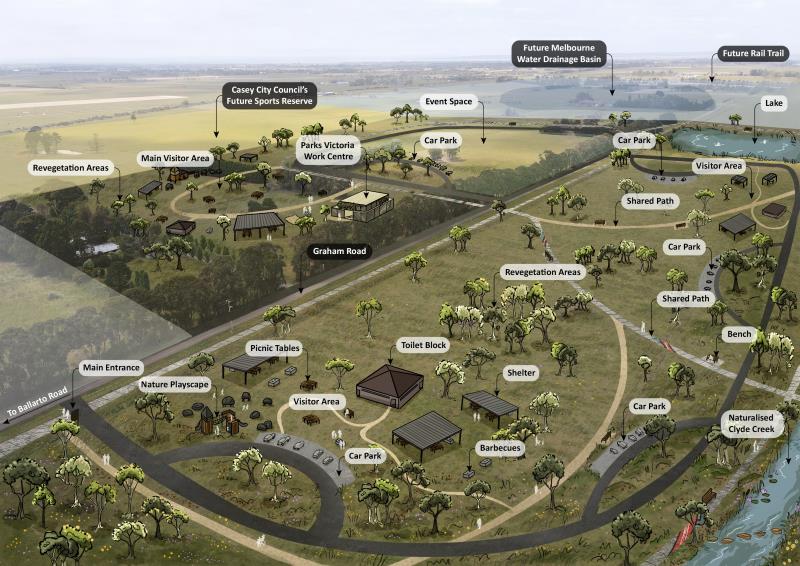 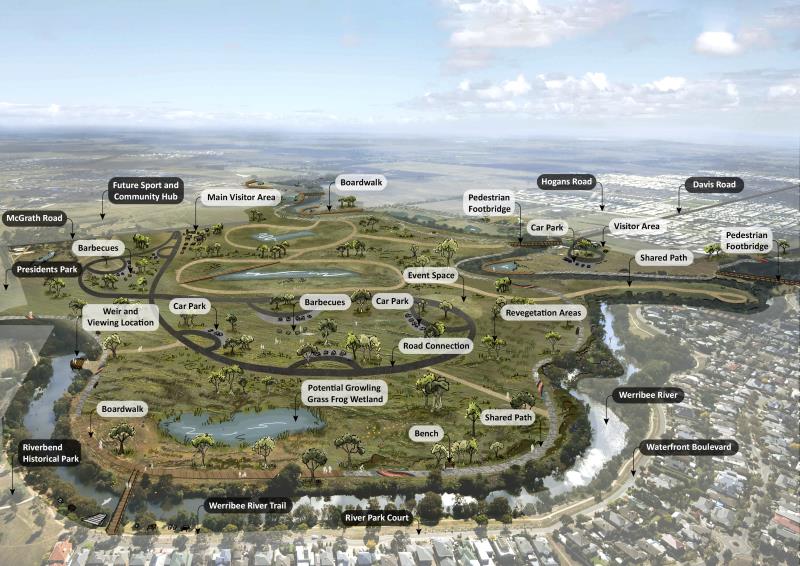 This aerial view artist's impression shows the proposed map and features of the future Werribee Township Regional Park located on both Bunurong and Wadawurrung Country.