A visiting choir tests the acoustics of Royal Cave

The choir were on tour, singing and sightseeing their way across Victoria with Robert and Jenny Latimer, who have been touring choirs and other groups of musicians and performing artist to the Buchan Caves for over 20 years, and still get a thrill when the singing starts. The sounds of the voices bounce against the hard, rounded surfaces of a natural rock cave wall so quickly and cleanly that the copies are indistinguishable from the originals.

“It’s such a wonderful sound in the dark, deep underground of the cave system. I love bringing groups of musicians like these  to see the Australian countryside and enjoy our beautiful and unique parks. They get to see some of the natural Australia and at the same time present local community he gift of music and culture.”

Robert and Jenny Latimer are the Australian representatives of ACFEA, an organisation best described as a global collegiate of specialised consultants who cater to choirs, big bands, orchestras and other travelling musicians and performers.

The group featured here singing in the Buchan Caves are from California State University, Fullerton, and travelled to Australia the moment coviid-restrictions were lifted. After singing in the caves, they continued to tour Australia having given concert performances in Sydney, Canberra and Bairnsdale.

Caves have unique properties, such as hard rock surfaces and curved or dome-like wall structures, both of which help sound to bound without losing its form. Small noises sound big and echoes can be clearly heard. Caves naturally amplify acoustics, which is great for singers and choirs.

“Singers love caves. I think it’s because they get lost in their own sound. After a little while you’re not sure if it’s an echo or even where the sounds are originating from. I see singers faces light up when they start singing in a cave. It’s another world down there.” 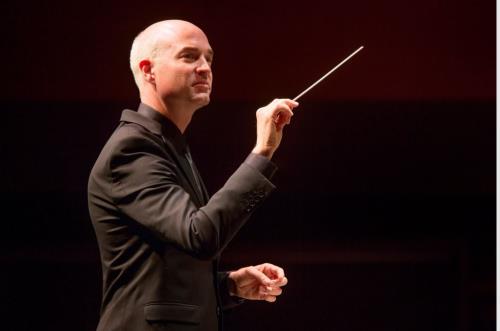 In response to reading thie draft of this article, Dr Istad responded by singing Park Victoria’s praises (pardon the pun): ‘My students and I had an amazing time exploring the caves with your wonderful staff.  It was a highlight of our trip!’

The moment the choir broke into song was captured and kindly been shared by the group with us. Music lovers might like to note that the song is “I Lift Up My Eyes” by Jocelyn Hagen. The sound quality is so good inside the cave, you might have thought it was recorded in a studio! Many thanks to Robert, Rob, Daniel and Sierra, and everyone in the choir for sharing this special moment with us.