From the granite boulders of Mount Oberon to the mossy valleys of Lilly Pilly Gully, Wilsons Promontory National Park is home to more than 3,000 native species of animals and plants.

The small mammals, reptiles, birds, invertebrates and amphibians here are all at risk of being predated by foxes and feral cats.

Being intelligent and highly skilled hunters, they prey on our vulnerable native species that – in their millions of years of adaptation – haven’t had to cope with these predators until relatively recently.

Though losing a few native mice, lizards or bugs might not seem like a big deal, they collectively play an important role in balancing the ecosystem and contributing to  biodiversity. Foxes and feral cats disrupt this complex  balance, and their presence can have a ripple effect leading to ecosystem collapse and impacting the health of the national park.

Victoria’s parks were established to protect native animals, plants and plant communities. Some of the native species at Wilsons Promontory National Park are endangered at state and federal levels, including the Eastern Bristlebird, Eastern Pygmy-possum, Ground Parrot, Growling Grass Frog, Hooded Plover, New Holland Mouse, Southern Brown Bandicoot and Swamp Skink. To reduce the threat of predation and give native species the best chance of thriving, our long-term goal is to eradicate foxes and feral cats from Wilsons Promontory National Park. 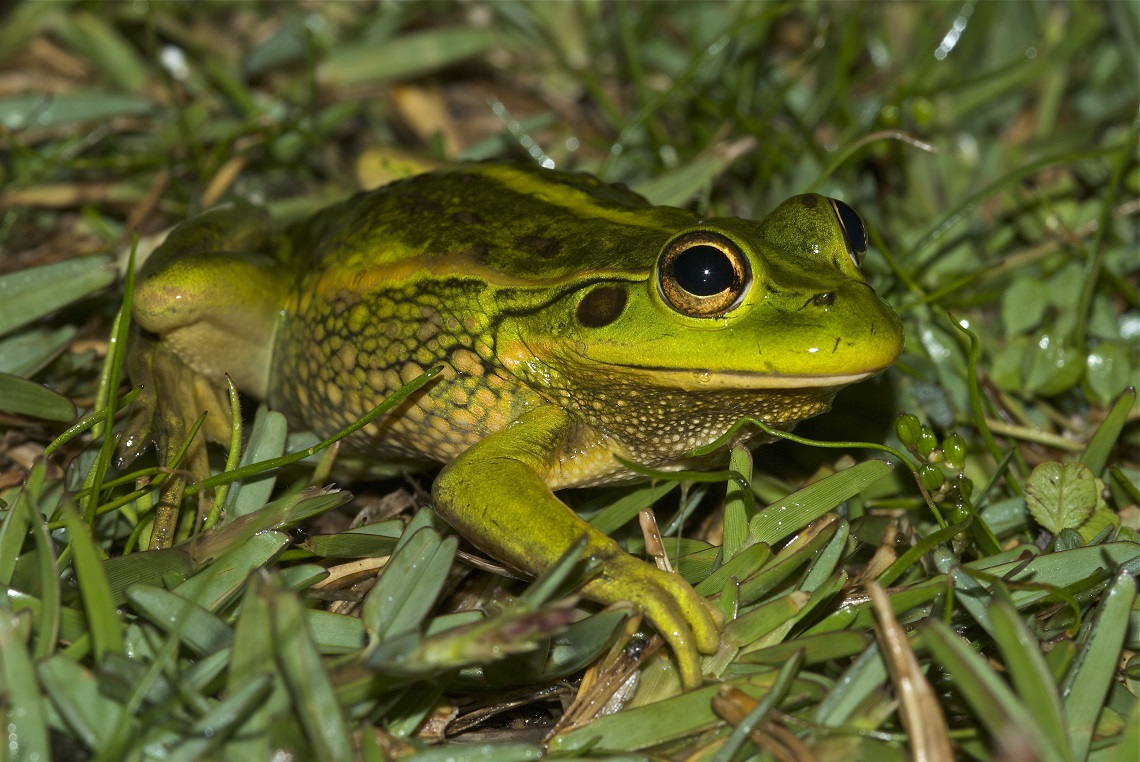 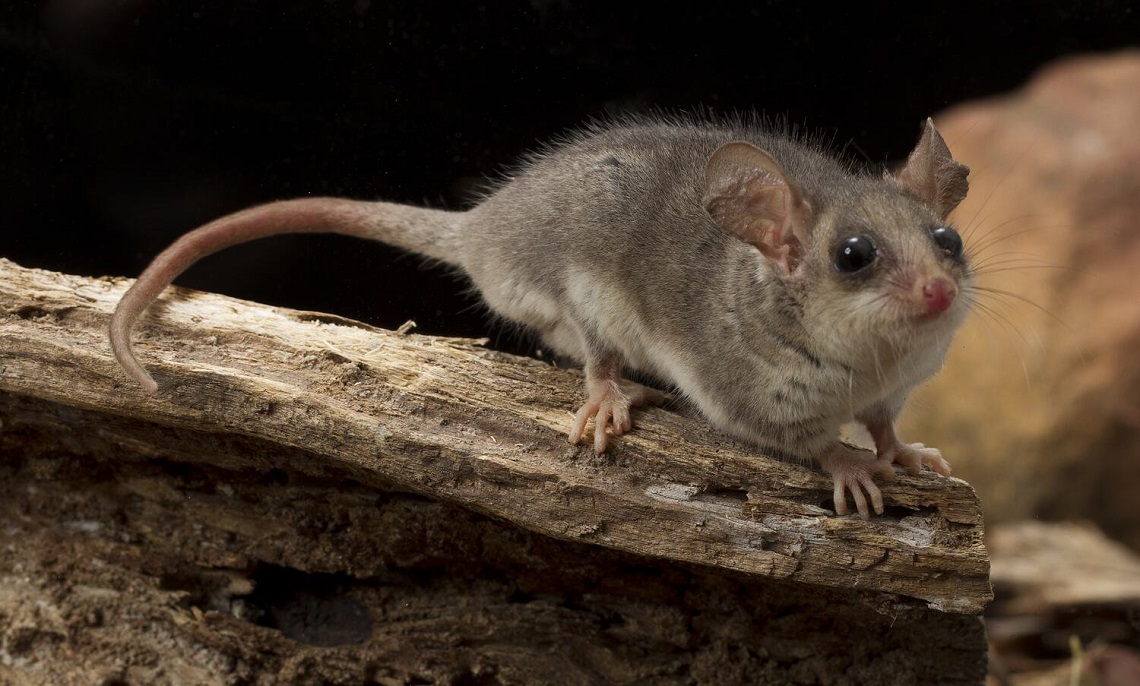 Above: Some of the Prom’s vulnerable creatures include the Growling Grass Frog and Eastern Pygmy-possum (credit: Museums Victoria). 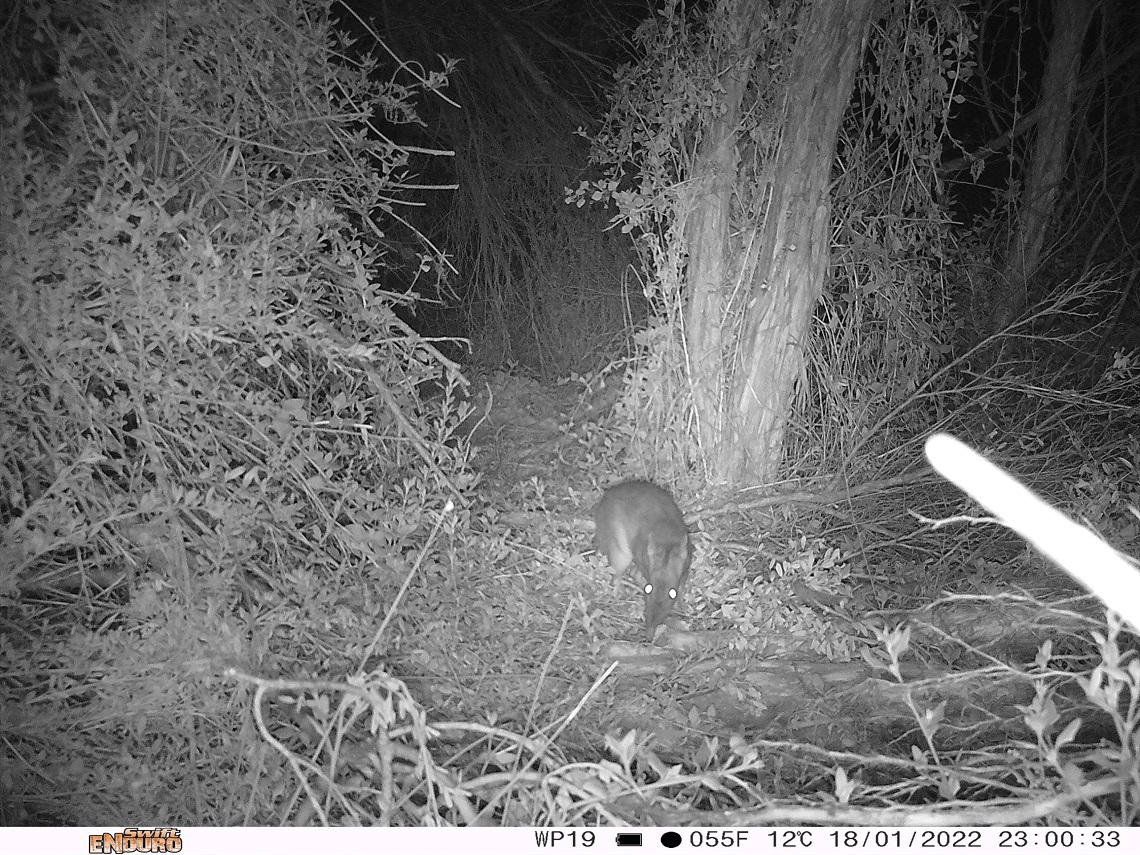 Only the size of a football, this Long-nosed Bandicoot is one of the native small mammals at risk of being eaten at the Prom.

A special job for a specialist team

To give vulnerable native species the best chance of thriving at Wilson Promontory, our predator control programs have been ramped up and enhanced.

A dedicated team of conservationists and specialist rangers have been brought together to form the Prom Sanctuary Invasive Species Team.

For more than a year, the team has been on the ground delivering high-intensity predator control programs across the national park.

Lots of planning and project management goes into our invasive species control operations and this team does it all - from delivering a range of field based tasks, procuring  highly skilled contractors, to developing tactical and operation plans, mapping and data collection.

“It’s exciting to work on this landscape scale program contributing to the long-term vision of a safe haven for native species. You don’t often get the chance to cover all aspects of invasive species management,” says Danny, the team leader.

“Our two key projects for predator control are ramping up fox  control and enhancing our monitoring to detect feral cats and see what else is living out there.” 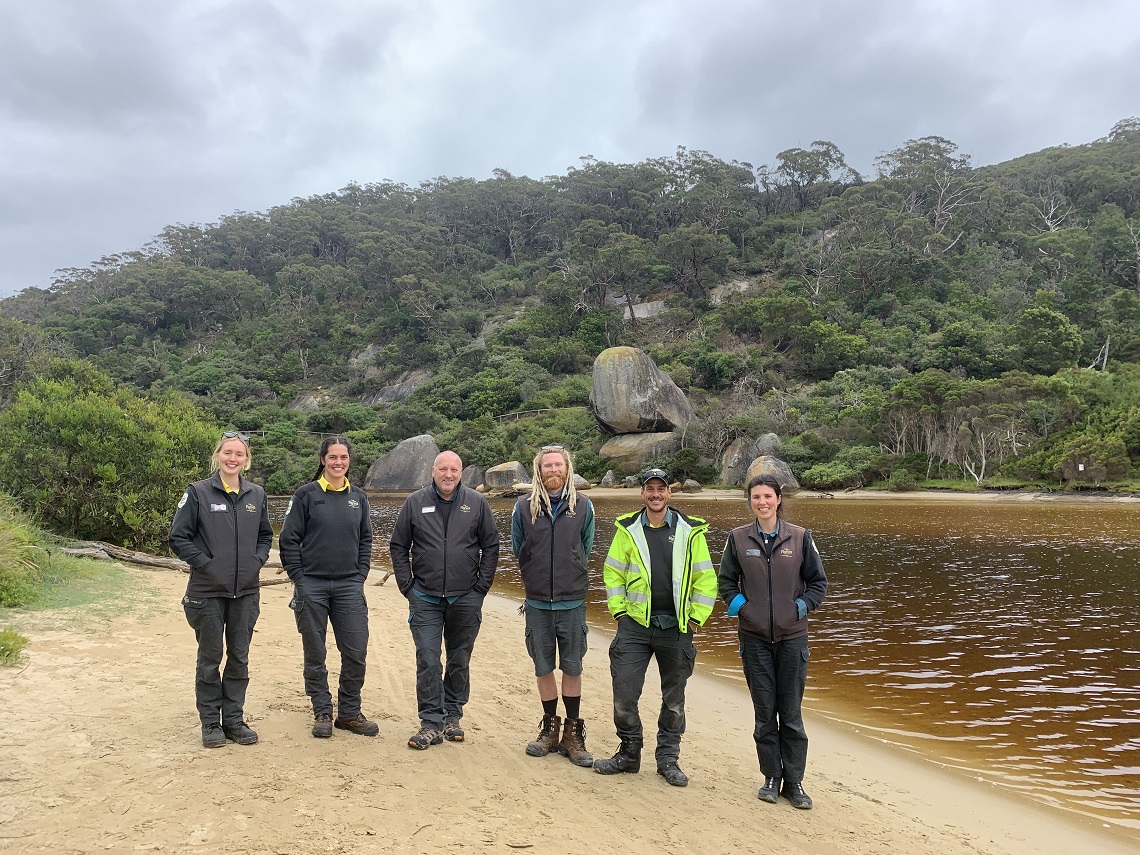 The team recently deployed a comprehensive network of more than 100 remote cameras in the southern section of the national park to monitor the presence of feral cats and other species.

This has been the largest camera monitoring program ever undertaken at the Prom.

“We’ve been able to survey areas of the park that had never been monitored before” says Danny.

“There was a lot of planning and preparation ahead of getting the cameras out into the park. Not to mention carrying all our gear to some remote and very special parts of the park. But we’re happy to do it, all in the name of native species protection.”

It took the team more than 530 hours (that’s about 71 days) to deploy the full set of cameras across Wilsons Promontory’s diverse landscapes. The task itself involved carrying heavy packs off-track through dense vegetation and over steep slopes day after day in the middle of winter, a daunting task even for the most experienced hikers. Only staff with a firefighting role who had passed the highest category of medical and fitness tests were permitted to be involved as the remote areas and rugged terrain with little to no reception posed a significant safety risk that needed to be managed and carefully planned for. Of course, snakes and leeches also call the Prom home.

Camera deployment includes planning where the cameras will be located, creating lures to encourage animals in the vicinity to walk past the cameras, and setting up the cameras (technologically and physically).

The valuable information gathered using remote cameras will be used to guide and monitor our ongoing predator control programs but will also provide an insight to the presence and movement of native species through the more remote areas of the park.

While deploying the cameras the team were also able to gather a range of important field observations that benefit other Prom Sanctuary programs, such as the spread of coastal tea-tree and mapping threatened tree species such as the Southern Blue Gum and Gippsland Mallee. 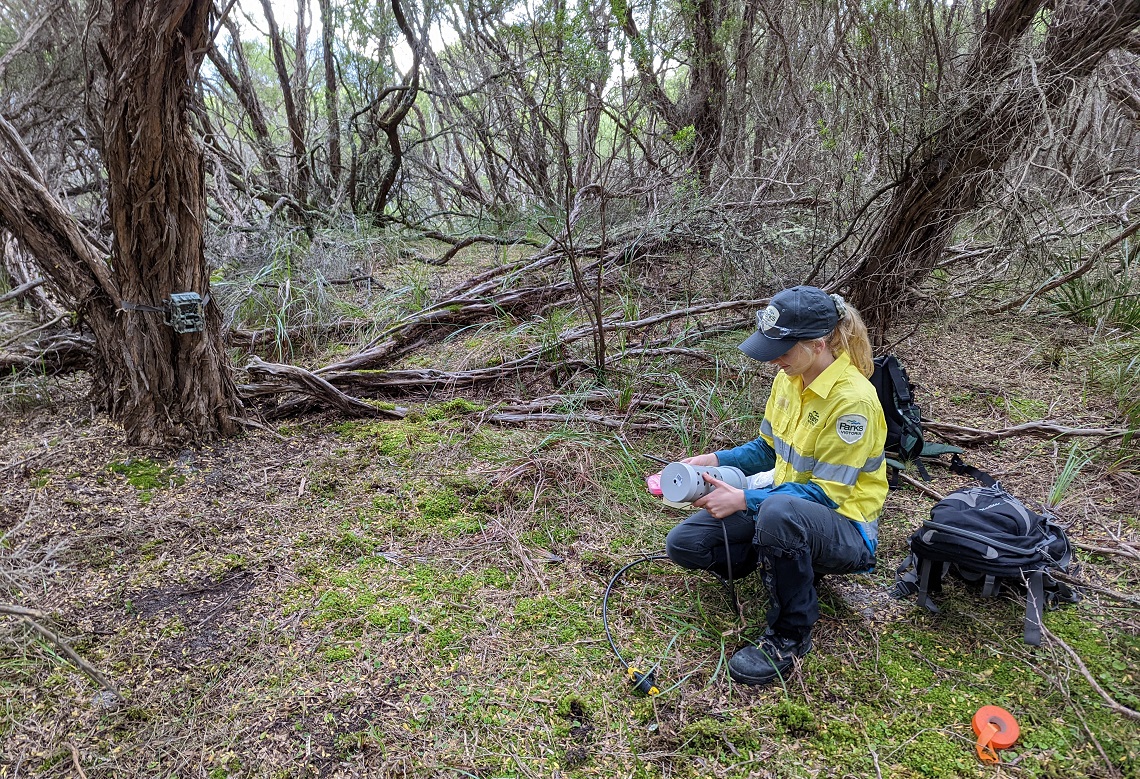 The enhanced predator control program includes a comprehensive network of cameras deployed across the park. 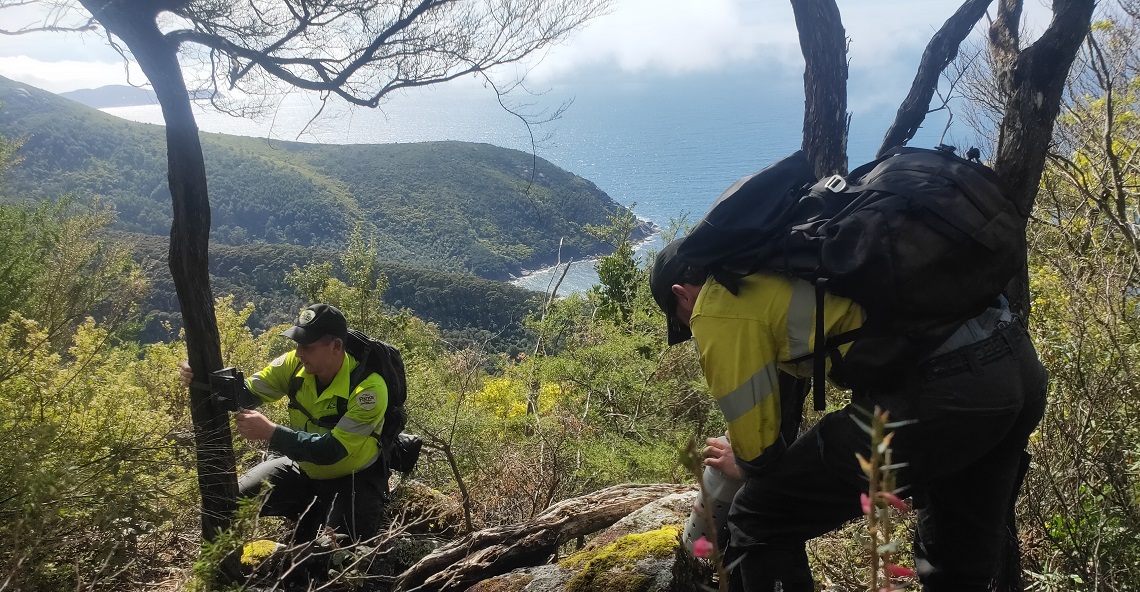 “There was a lot of planning and preparation ahead of getting the cameras out into the park. Not to mention carrying all our gear to some remote and very special parts of the park. But we’re happy to do it, all in the name of native species protection,” says Danny, leader of the Prom Sanctuary Invasive Species team. 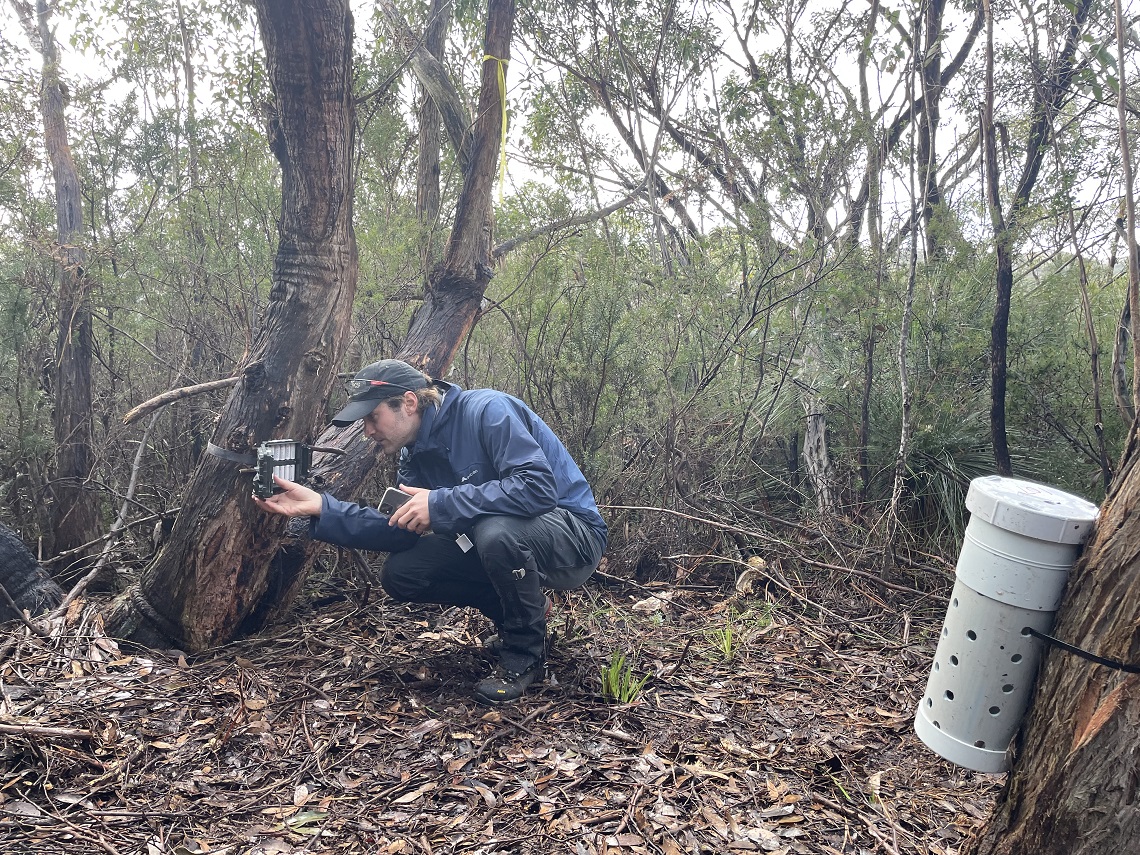 Camera deployment includes planning where the cameras will be located, creating lures to encourage animals in the vicinity to walk past the cameras, and setting up the cameras (technologically and physically). 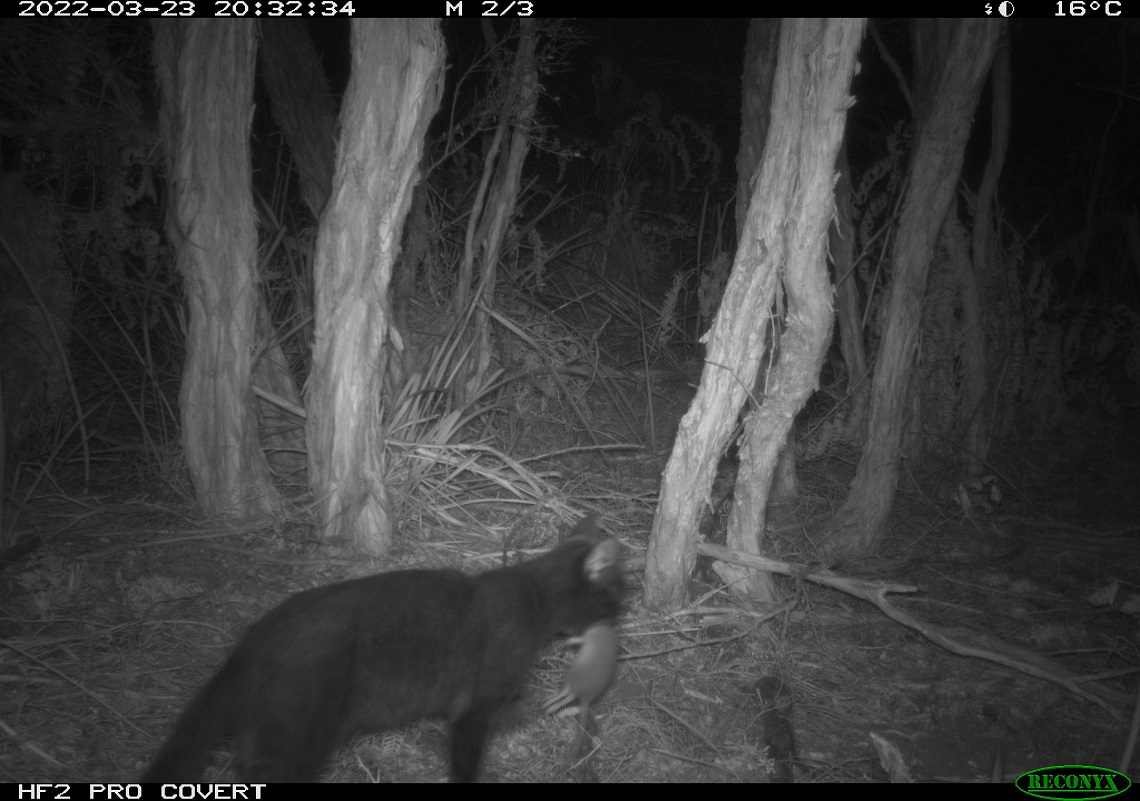 A feral cat captured on camera carrying a small mammal

In addition to the remote camera deployment, the team will conduct multiple 6-week fox control  programs across the year. Each program involves installing, replacing, reviewing and retrieving ~100 fox bait stations at targeted areas of the park.

This baiting network covers an area of more than 100 square kilometers – giving protection to potential prey throughout this area.

Invasive species management requires ongoing and consistent on-ground efforts in knocking down pest populations. Danny said, “Just treating an area once won’t guarantee that it is pest-free forever. We need to go back repeatedly to ensure that our program is effective in the long-term.”

“The park-wide fox baiting program has a strong focus on the northern boundary, to prevent fox migration from adjacent farmlands.”

“Whether we control one fox or a hundred, this program gives native species a greater chance of survival. It’s also critical to supporting our long-term goal of eradication once the predator and grazer-proof exclusion fence is installed across the northern boundary.” 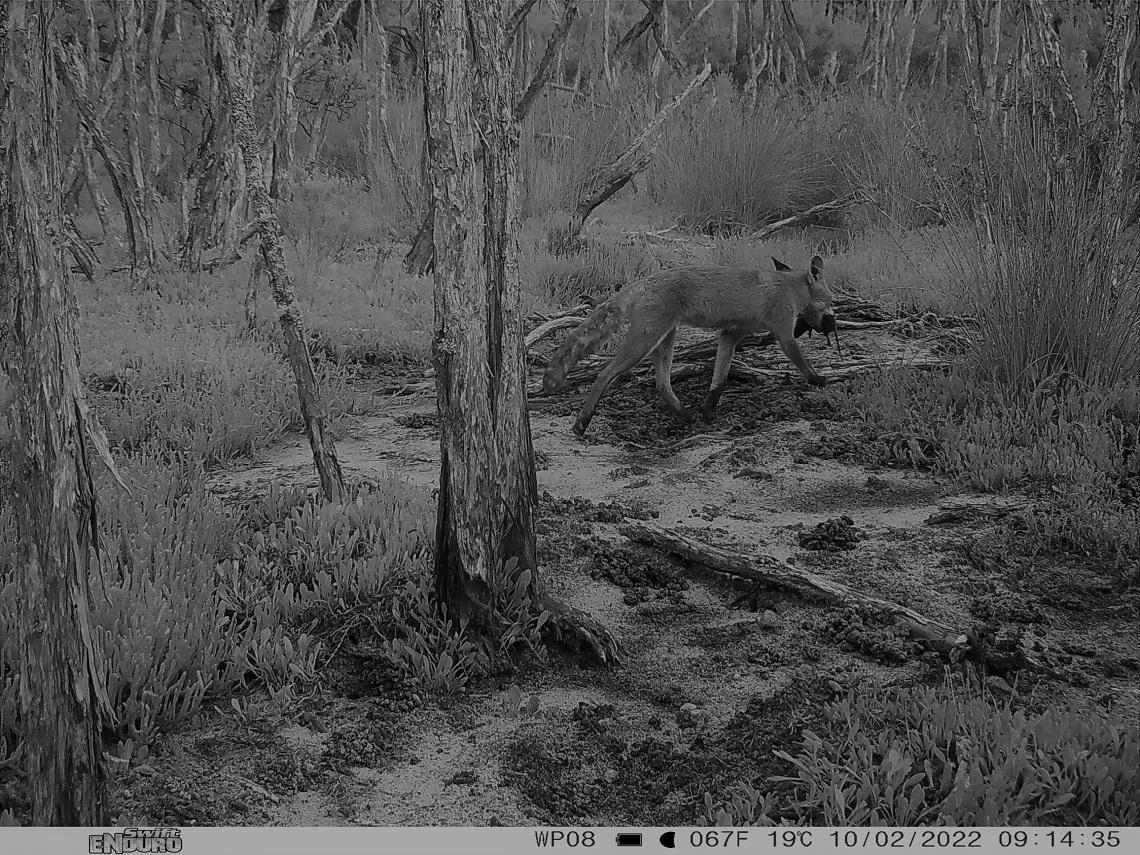 All Parks Victoria’s animal control programs are carried out under strict conditions, compliant with all relevant legislation, Codes of Practice and Standard Operating Procedures, designed to ensure safe, effective, and humane practices are implemented.

These predator control programs are part of the Wilsons Prom Sanctuary project, supported by funding from the Victorian Government and the Australian Government.