Braeside Park is part of an Aboriginal cultural landscape in the traditional Country of the Bunurong People. Parks Victoria respects the deep and continuing connection that Bunurong Traditional Owners have to these lands and waters, and we recognise their ongoing role in caring for Country.

Braeside Park is an oasis of parkland nestled amongst golf courses, urban development and busy roads. As you stroll through the park’s Red Gum grassy woodlands, heathland and around the wetlands, it's easy to forget you're surrounded by the suburbs.

This is a great park for a family day out. Cook up a feast on one of the free electric barbecues or enjoy a picnic on the lawn. Kids of all ages will love exploring the adventure playground. Modules are included for junior kids and disabled access, as well as older children.

Get active and walk, jog or cycle along the multi-purpose trails. Walk where Phar Lap's hooves pounded the turf along the historic race course trail. Stroll through the park’s Red Gum grassy woodlands, heathland and around the wetlands. A series of complex and valuable environmental communities find their home here. Discover the diverse range of bird life, listen for frogs or search for an echidna.

Get involved in activities such as propagation, planting days, bird watching, water quality monitoring and the community garden with community groups including the Friends of Braeside Park, the Dingley Village Men’s Shed and the Southern Migrant and Refugee Centre.

Braeside Park is open from sunrise to sunset. One-way spikes at the Lower Dandenong Road exit allow you to enjoy the park and leave at your leisure.
The Governor Road entrance closes at 4pm daily. The Visitor’s Centre is open 10am to 4pm. 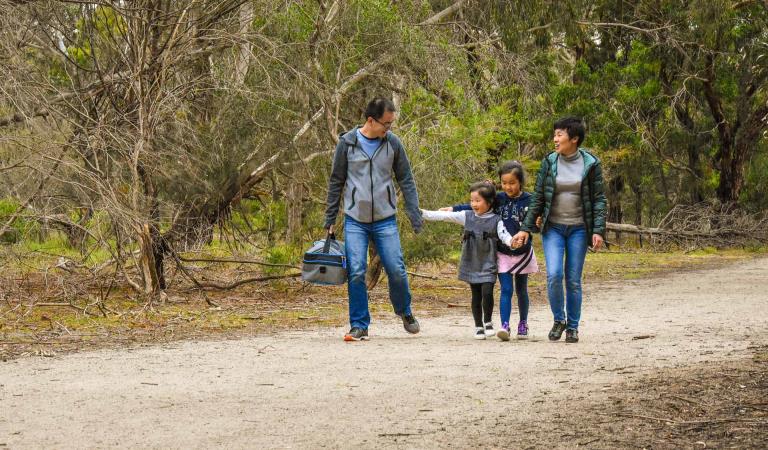 Get active and walk or jog along the twelve kilometres of meandering multi-purpose trails. 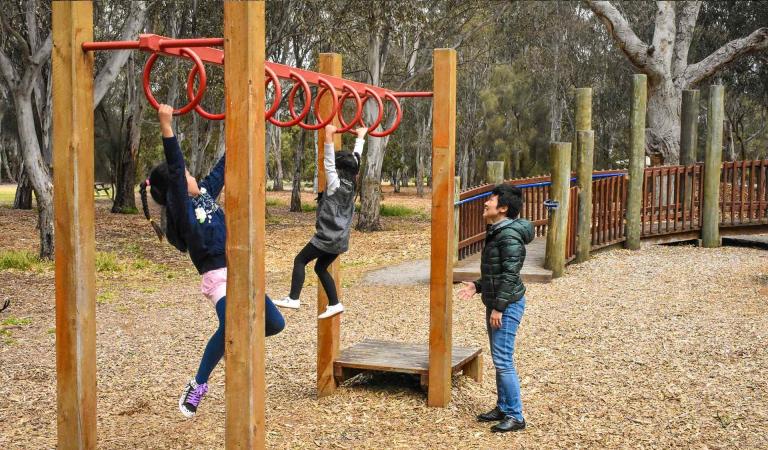 Come and try the adventure playground. Modules are included for junior kids and disabled access, as well as older children. 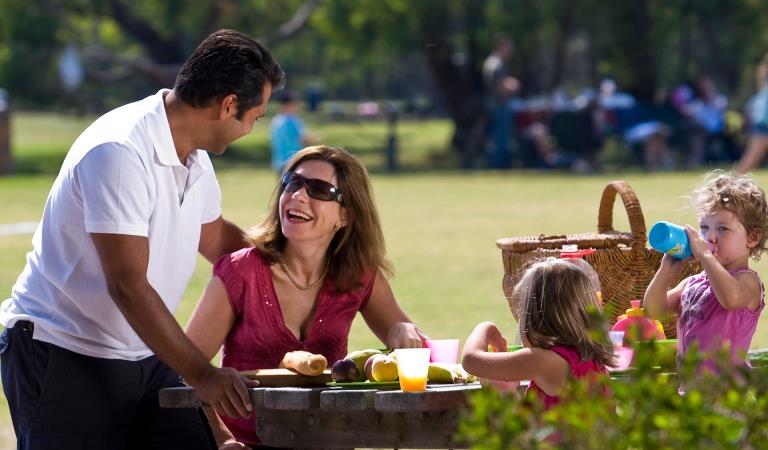 Cook up a feast on one of the free electric barbecues or enjoy a picnic on the lawn. There are two shared shelters for inclement weather.

Download the Braeside Park visitor guide for more information about the park and a map.

Get in touch with nature and discover the diverse range of birdlife along the Heathland Trail. Listen for frogs or search for an echidna. Braeside Park is a haven for native plants, such as Tiger Orchids, Wedding-bush and old River Red Gums.

Before European settlement, Aboriginal tribes hunted, camped and gathered food in the area. Later it was used for grazing, market gardens and a sewage treatment plant.

Walk where Phar Lap’s hooves have pounded the turf along the historic racecourse trail.

Over 235 bird species have been recorded in the park, including the New Holland Honeyeater, Blue-billed Duck and Latham’s Snipe. The southern part of this track is only accessible in summer.

The Braeside Park Visitor Experience Plan provides guidance on how the park is used and its assets protected, and was produced following input from more than 1132 people. Its focus is community access and visitor facilities as well as the conservation of environmental and cultural values.