Indigenous tradition indicates that this park is part of Wadawurrung  Country and their people have a long association with this region.

Point Addis Marine National Park is 4420 hectares in size, making it the third largest of the Victoria’s  Marine National Parks. Between the rugged coastline of Torquay and Anglesea it has  wide sandy beaches backed by crumbling limestone cliffs with extensive intertidal rocky platforms along the headlands.

The park is notable for being part of a high wave-energy shoreline on the edge of Bass Strait and often has great conditions for surfing with strong south-westerly swells generated in the Southern Ocean.

Point Addis Marine National Park is probably best known as being the home to the annual Bells Beach international surfing competition the ‘Ripcurl Pro’ which has been hosted yearly since 1961. Many local surfers and conservation groups strongly campaigned for the inclusion of Bells Beach within the highly protected Marine National Park.

The park’s marine habitats include large areas of soft sediment interspersed by rocky reefs and  these support a high diversity of algal, invertebrate, and fish species.  An unusual offshore habitat in the park are rhodolith beds comprising colourful, unattached calcareous nodules of significant age made by a coralline red algae, and that were the first discovered in Victoria as part of mapping surveys undertaken in Point Addis Marine National Park. When sea conditions allow, a wide diversity of marine species can be seen by SCUBA diving or snorkelling from the beaches within the park or offshore from boats.

Many sea birds and mammals of conservation significance, including Blue Whales, Southern Right Whales, Killer Whales, and Australian Fur Seals, have been recorded in this park while 26 conservation listed shore and sea birds have been sighted in Point Addis Marine National Park.

Point Addis Marine National Park hosts two historic shipwrecks, including ‘The Inverlochy’ a steel sailing boat which was beached at Insgolby reef in 1902.

The park is a popular place for coastal walks. Various walks can be explored to learn about the Wadawurrung Traditional Owners and their connection to Country through exploring the adjacent Great Otway National Park via the Koori Cultural Walk and Ironbark Basin circuit. 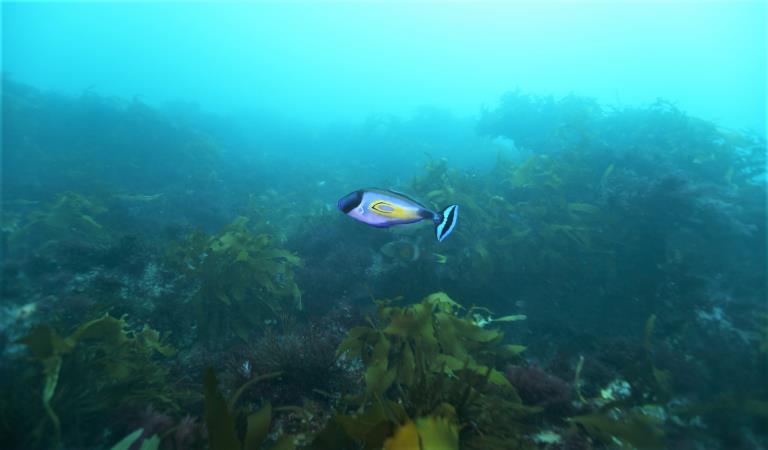 Dive and Snorkel at Point Addis

Offshore reefs offer great SCUBA sites within Point Addis with much of the reef below 10 metres deep. The park features eroded calcarenite reefs that support extensive kelp forest in shallow water and spectacular sponge gardens full of life in deeper water. Snorkelers can swim to the lively Jarosite Reef from Southside or Addiscot beaches. Please note, Jarosite can be dangerous when sea conditions are rough. 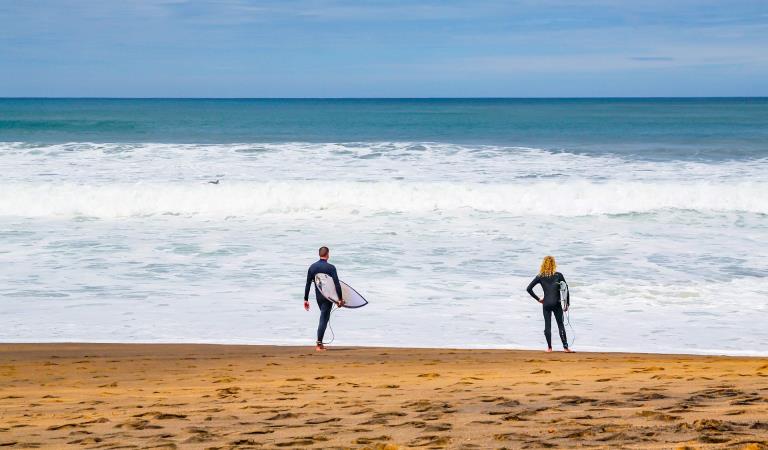 Bells Beach is a highly popular beach hosting the yearly event ‘Rip Curl Pro’ within Point Addis. Addiscot Beach is also popular and more suited towards local surf schools to instruct as there are smaller wave breaks throughout the beach.

Don't miss spectacular views from the lookouts at Point Addis. It's also a great place to spot whales between May and September. Addiscot Beach is a popular walk and can link with trails along the cliffs from Point Addis or Southside. Note that the eastern end of Addiscott Beach is officially designated as an optional clothing (nude) beach.

Summer is the perfect time to hop into the water for a swim or surf on one of the parks spectacular beaches or to explore what’s beneath the waves by snorkelling.  Point Addis Marine National Park is also a popular location for rockpool rambles and guided walks run by rangers and local tour operators. On weekends and holidays during summer car parks can get very crowded.

Enjoy walks along the beaches without the crowds and explore local marine life to be discovered in the many rockpools around Point Addis and the Bells headland.

While the water is cold great waves keep experienced surfers happy. Throughout the winter keep an eye out for Southern Right Whales as they travel through the park on their annual migration route.

Year round Point Addis and surrounding cliffs provide amazing views across the Marine National Park and in spring wildflowers along the headlands and in the heathy woodlands make this an even more spectacular place for walking and connecting with nature.

Be aware of the changing tides while exploring as some points of the park are not passable at high tide.

Diving should only be undertaken by trained and experienced divers. Beware of strong currents and undertows when snorkelling or swimming at the beach.

The management plan for Point Addis Marine National Park  directs management for the park until it is reviewed.

Check out the Friends of Point Addis (FoPA) volunteers who work with Parks Victoria to ensure the health of the marine park.