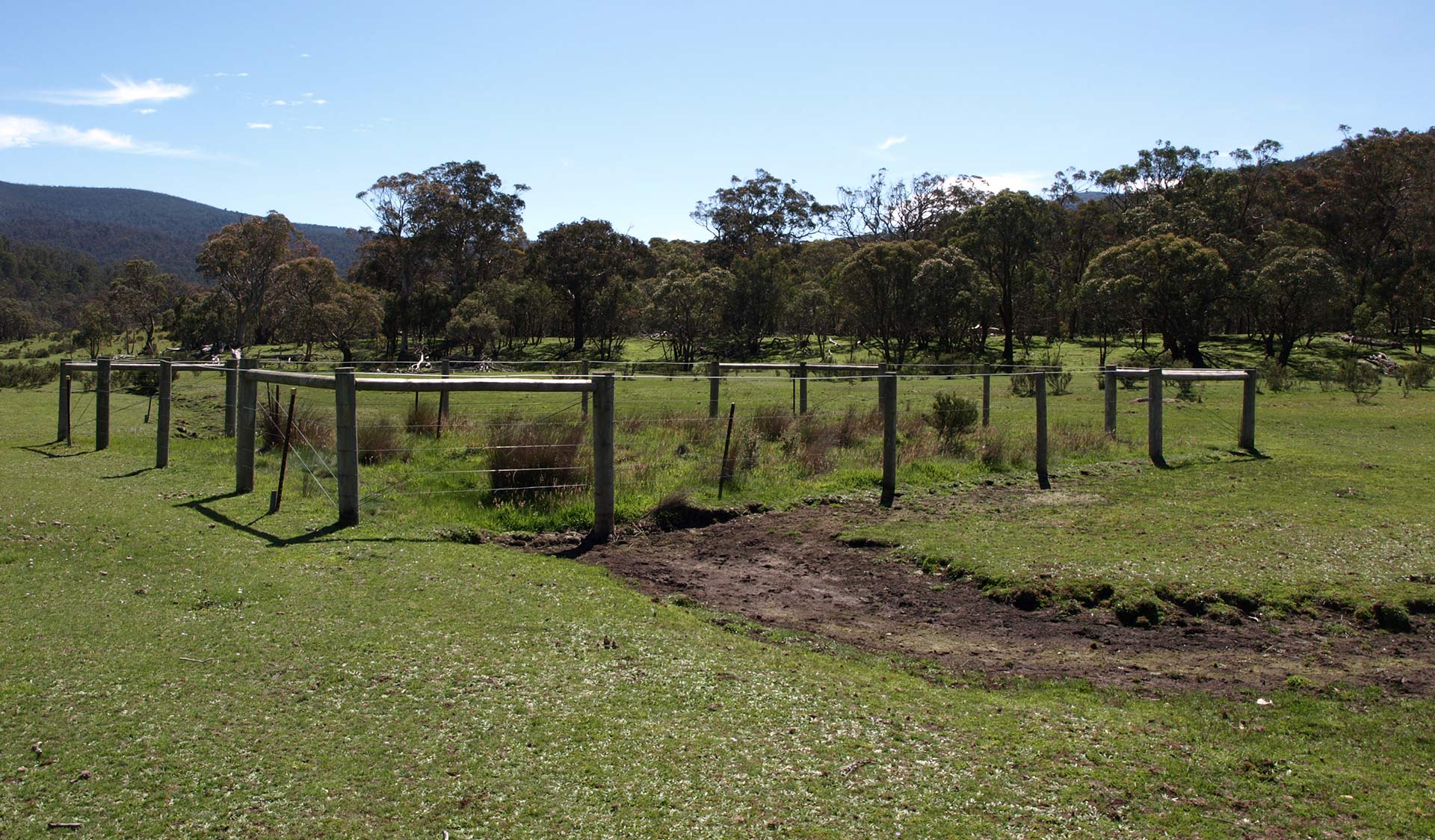 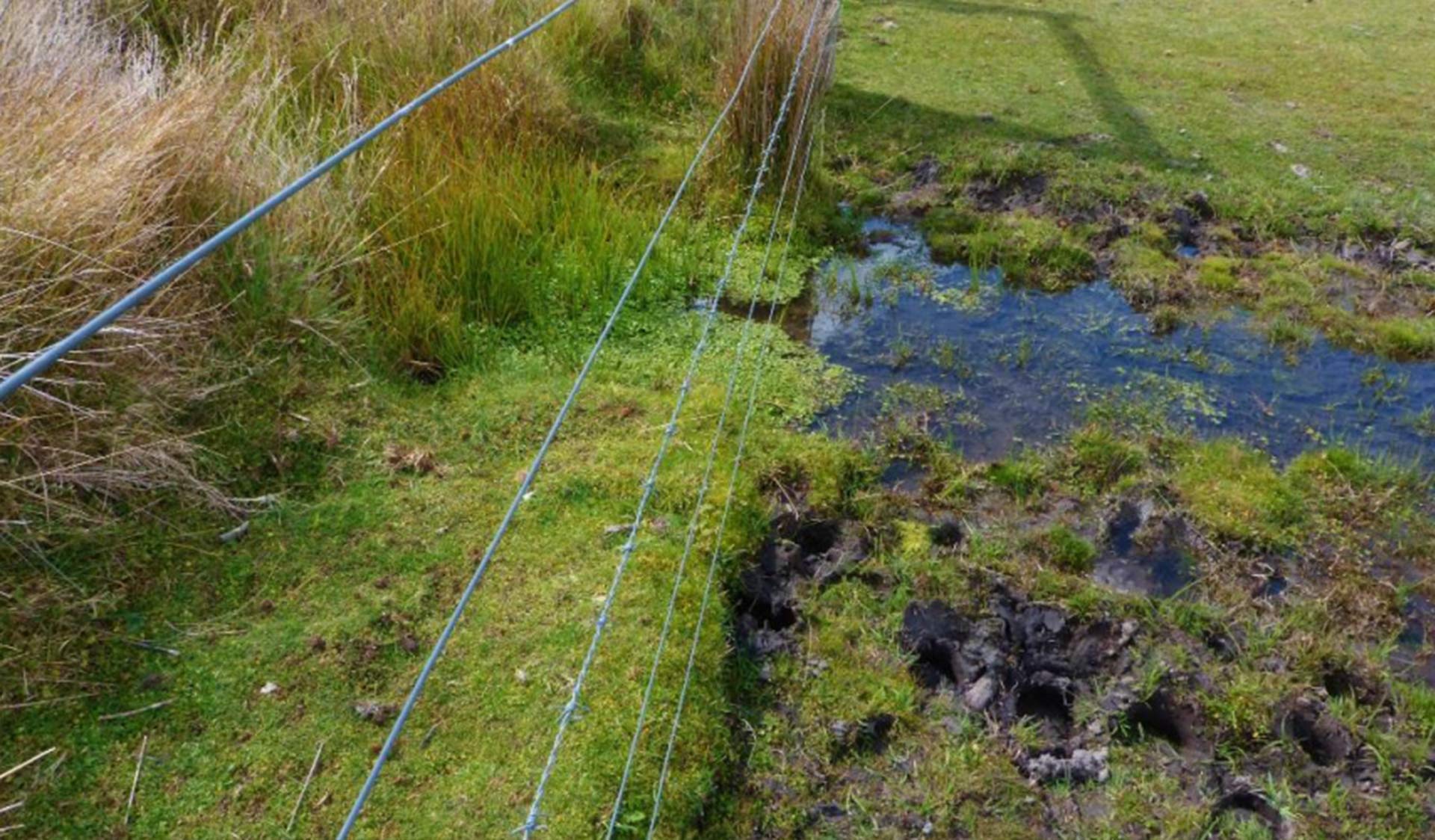 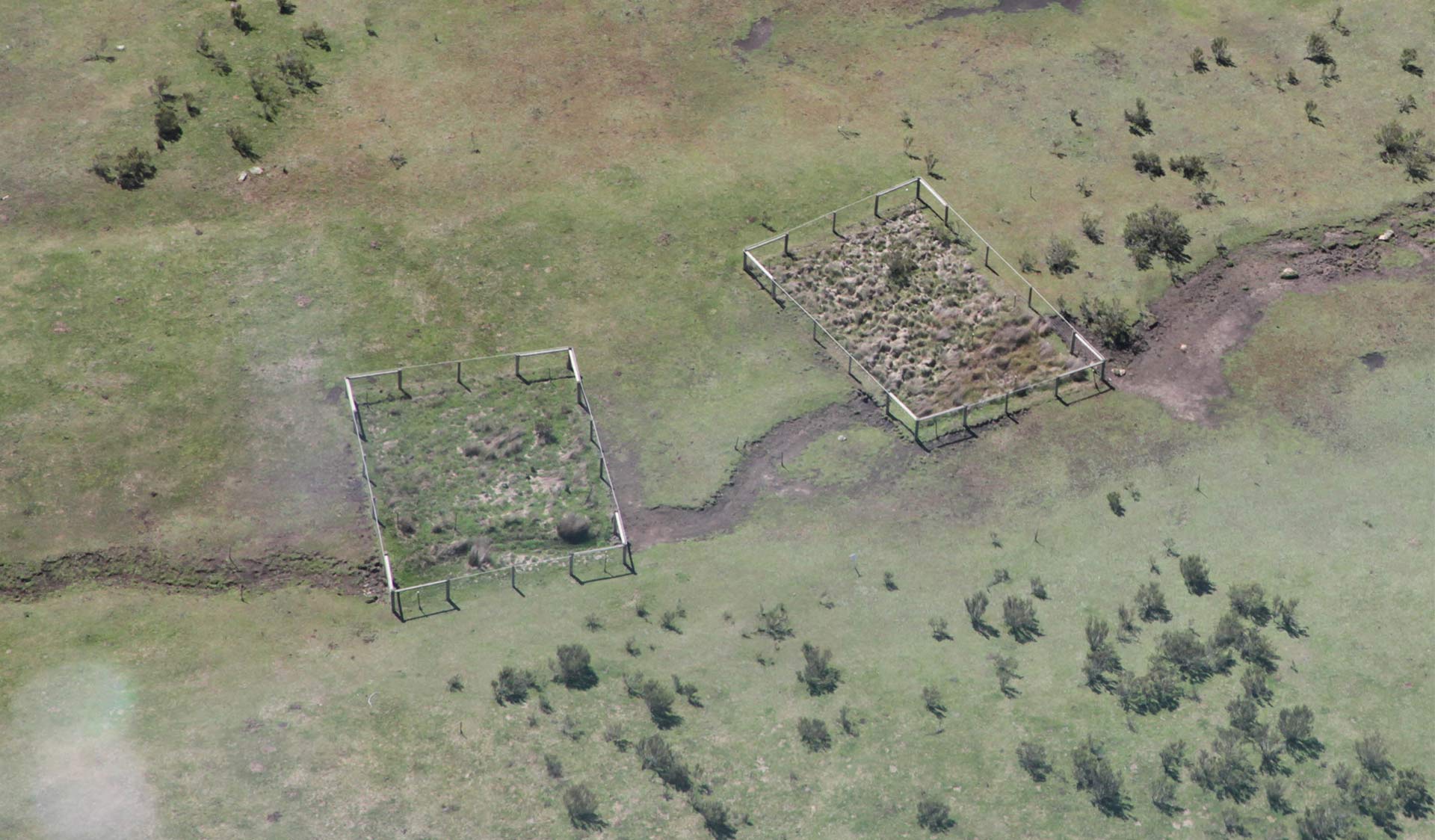 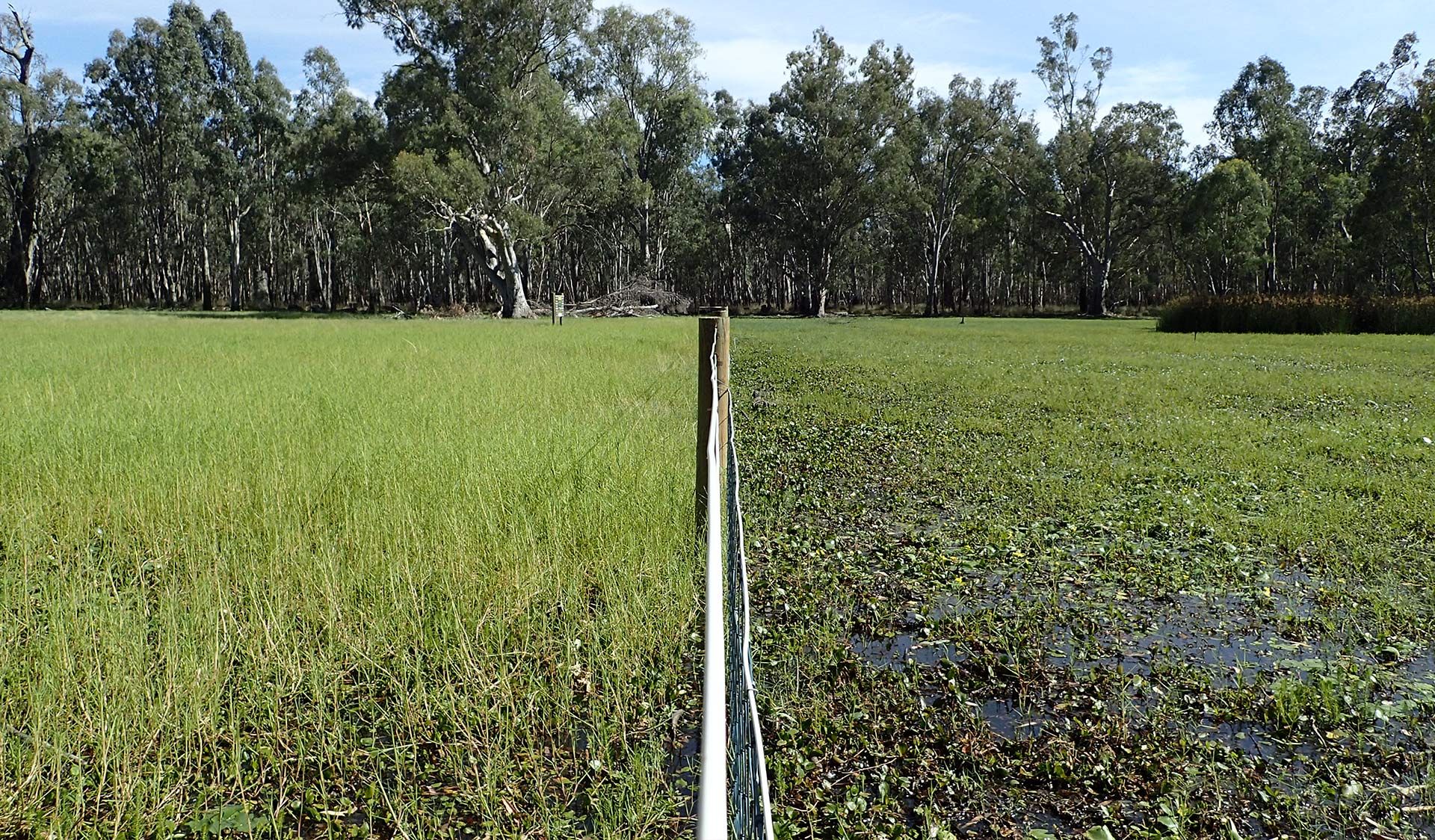 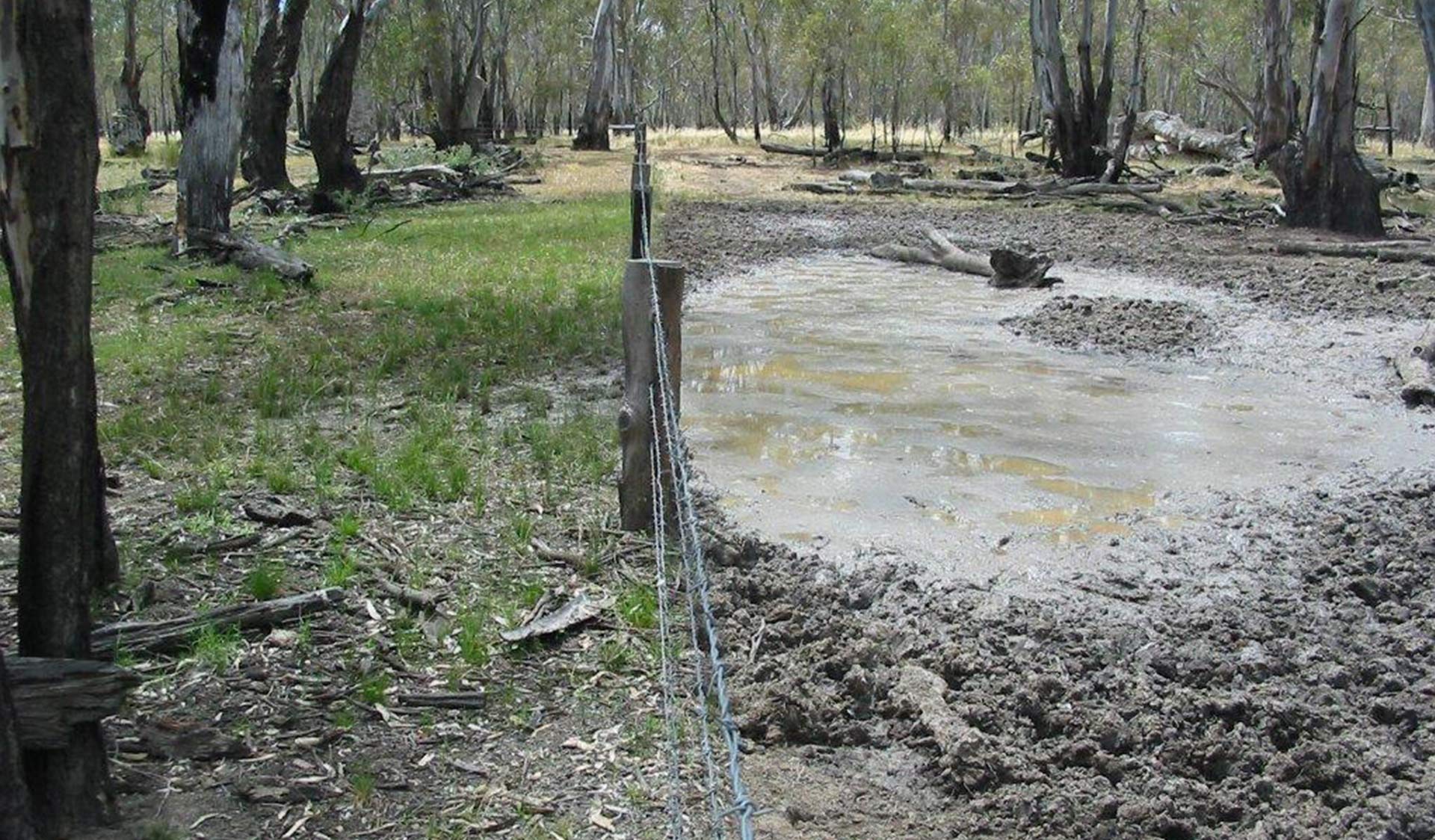 
Horses are not a natural part of the Australian environment.

Their hard hooves can cause serious damage to delicately balanced ecosystems, native plants and native animals. They destroy habitat critical to many threatened plant and animal species by eating and degrading fragile vegetation, damaging waterways, and disturbing soil to cause erosion and compaction.

Parks Victoria works with community and experts to design and deliver programs that can help control feral horse populations.

Visit Feral horse FAQs for the answers to frequently asked questions about feral horses in Victoria.

Feral horses are present in significant numbers in two areas managed by Parks Victoria - the Victorian Alps (particularly the Alpine National Park) and Barmah National Park. The populations in these areas are not contained and do not currently occupy their entire potential range.

Feral horses cause damage by:

The Victorian Alps is home to native plant and animal species that occur nowhere else in the world. Unique plant communities including alpine sphagnum moss peatlands, snowpatch communities, and associated wetland bogs are threatened at both state and national levels. These vegetation communities are critical for maintaining the quality and gradual release of water supply into the Murray River, one of Australia’s most important sources of fresh water.

Some of the native animals living in this area only exist in tiny, remote patches within the Alps. They rely on healthy plant communities, clean water and stable streambanks to provide food and shelter in the harsh alpine environment.

From a survey conducted in 2019, the estimated number of feral horses in the Victorian Alps is approximately 5,000 (rising from 2,300 in 2014). Between 150 and 200 horses have been captured and removed annually from the Alpine National Park since 2008. This has not reduced the population.

Barmah National Park, east of Echuca on the Murray River, is jointly managed by Parks Victoria and the Traditional Owners, the Yorta Yorta nation. The ecological health of the area is essential to Traditional Owners’ cultural and spiritual connections to the land and it supports valuable recreation and tourism activity.

Barmah Forest is a site of great importance for waterbirds and provides habitat for many wetland-dependent wildlife species, including nearly 300 native species of birds, fishes, reptiles, frogs and other animals and more than 500 native plant species. These wetland values must be maintained to meet Parks Victoria’s international treaty obligations under the Ramsar Convention.

It is one of the few places in Australia where Moira grass exists. Moira grass, a critically important native wetland grass species, used to dominate the area but has suffered a dramatic decline over the past few decades. It has a high nutrient content and is targeted by grazing herbivores, particularly by feral horses.

From a survey conducted in June 2019, it is estimated that there are approximately 540 feral horses in Barmah National Park.

Parks Victoria has clear legal obligations to protect and manage Victoria’s natural environment, and specifically the parks estate. These obligations are set out in a range of legislation including the Parks Victoria Act 2018, National Parks Act 1975 (Vic), Flora and Fauna Guarantee Act 1988 (Vic), Environment Protection and Biodiversity Conservation Act 1999 (Cth), and the international Ramsar Wetlands Convention.

For some members of the public and community groups, horses provide a living link to Victorian pioneer and grazing history in the Alps and the Barmah region. Management of horses in national parks and public lands must balance three elements: the right level of protection for our natural environment and pre-European cultural heritage; the humane treatment of feral horses; and social expectations for either a continued heritage connection to the ‘brumby’ or their management.

Parks Victoria recognises the value placed on feral horses by some members of the community. However, Parks Victoria has legal and moral obligations to protect the native species that are at risk of extinction from the impacts of feral horses and other pest animals.

Urgent need for conservation intervention in the Alpine National Park

A comprehensive survey in 2019 found a significant increase in feral horse numbers, with the estimated number of feral horses in the Victorian Alps being approximately 5,000 – roughly double the population estimate of 2,350 from the last aerial survey in 2014. Read more about the survey by the Australian Alps National Parks Co-operative Management Program on their website.

The Victorian bushfires of 2019-20 have wiped out very large areas of habitat for species that exist nowhere else in the world. 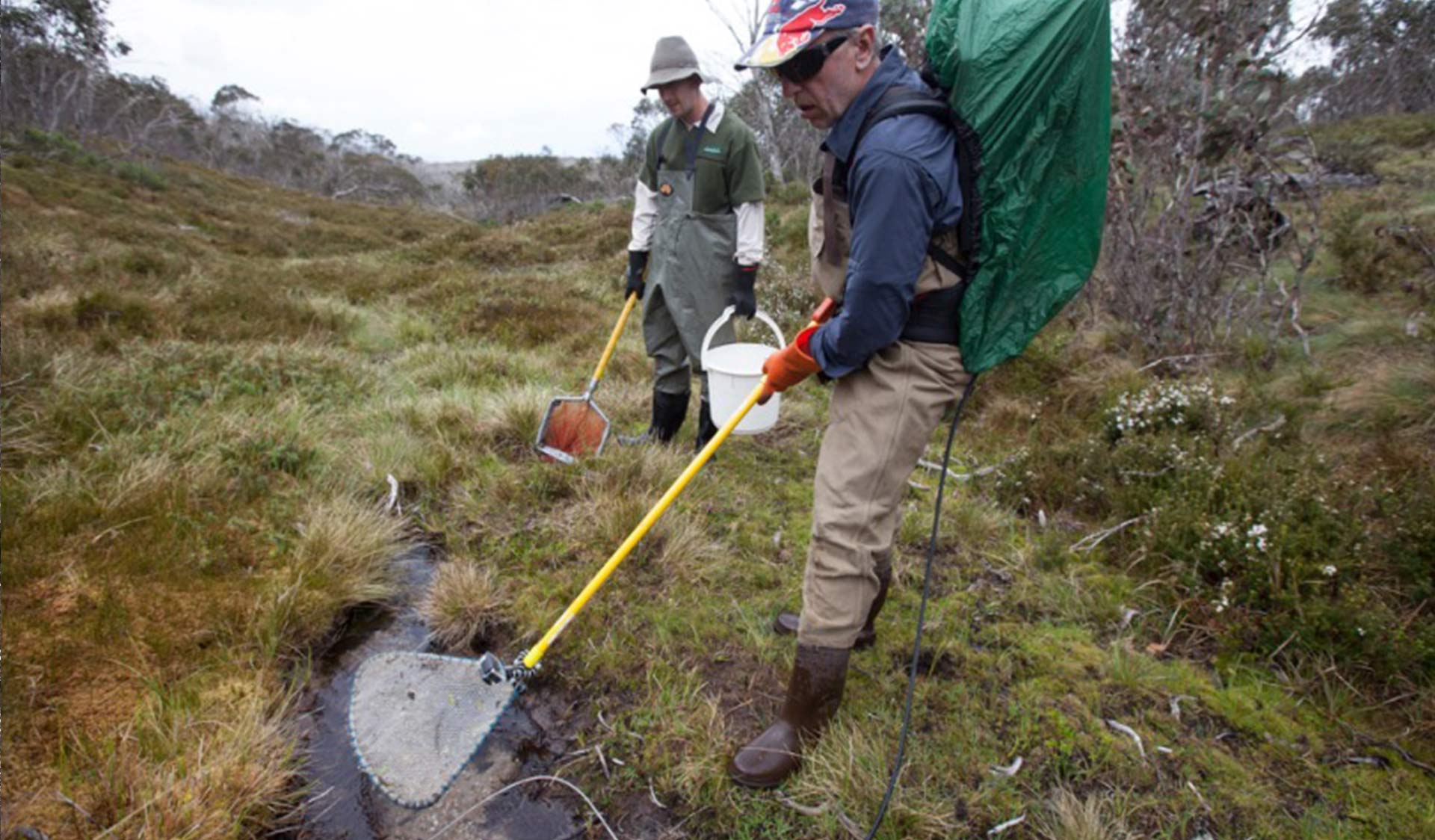 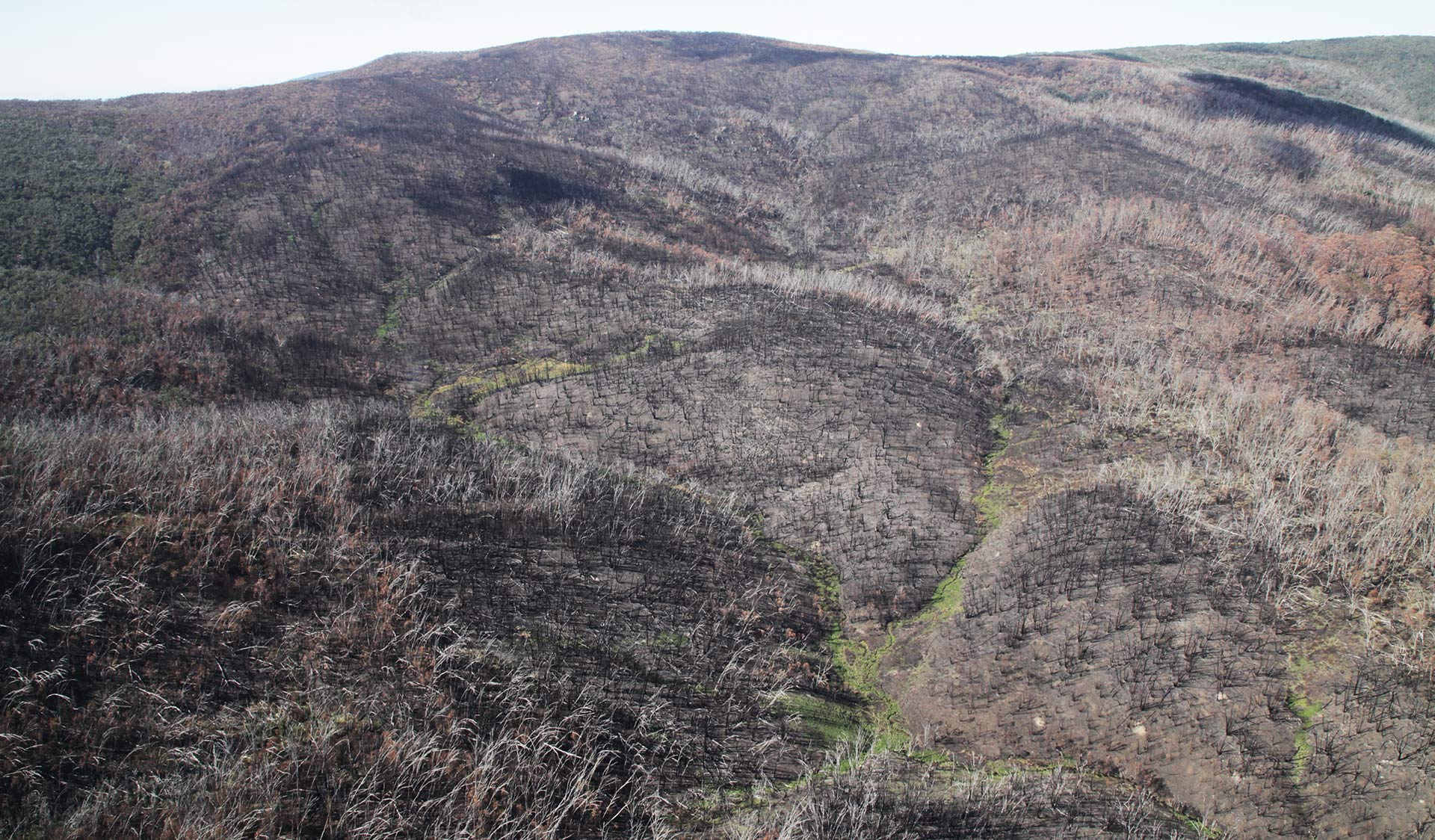 Before and after the fires: Davies Plain, Alpine National Park 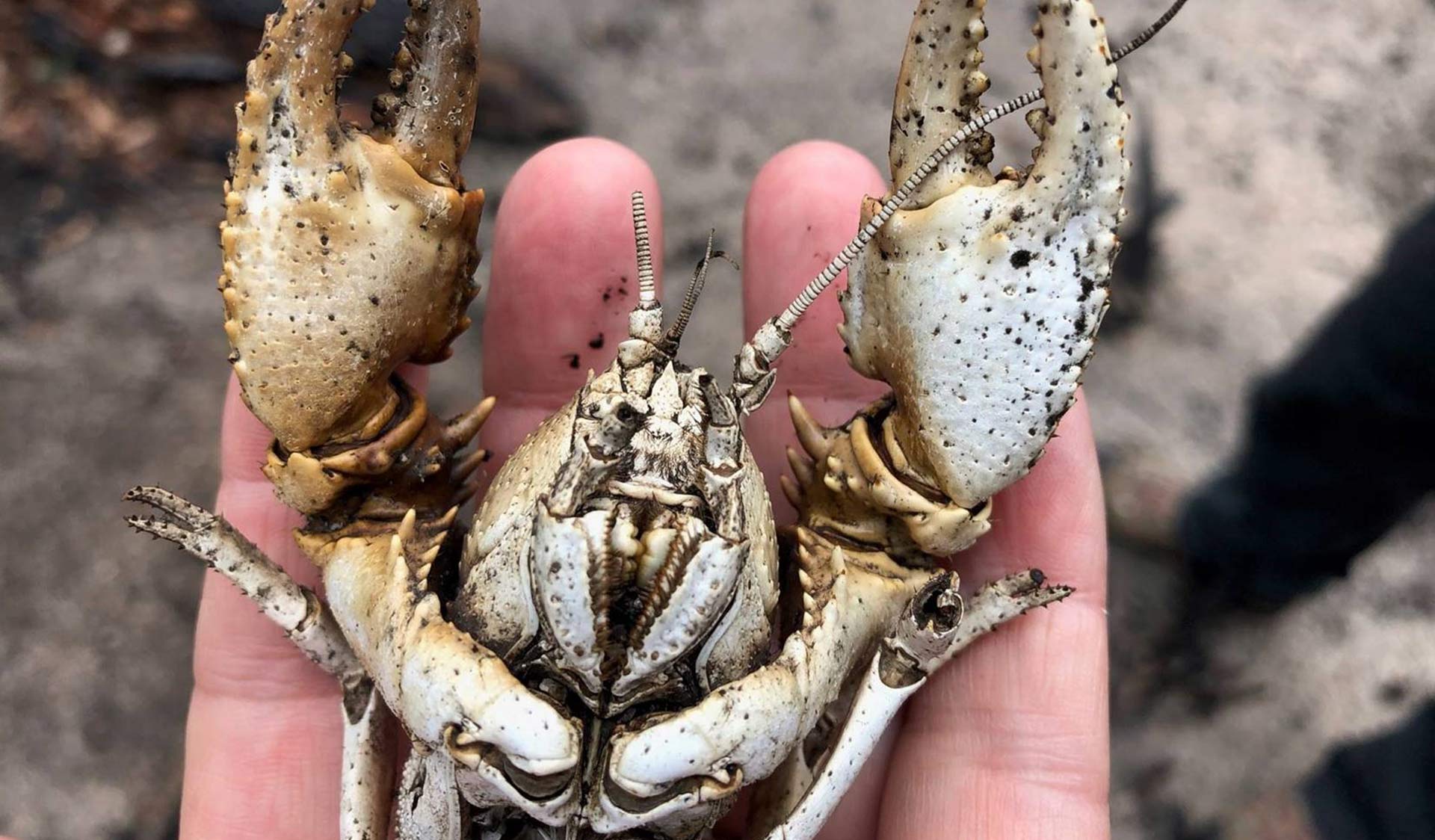 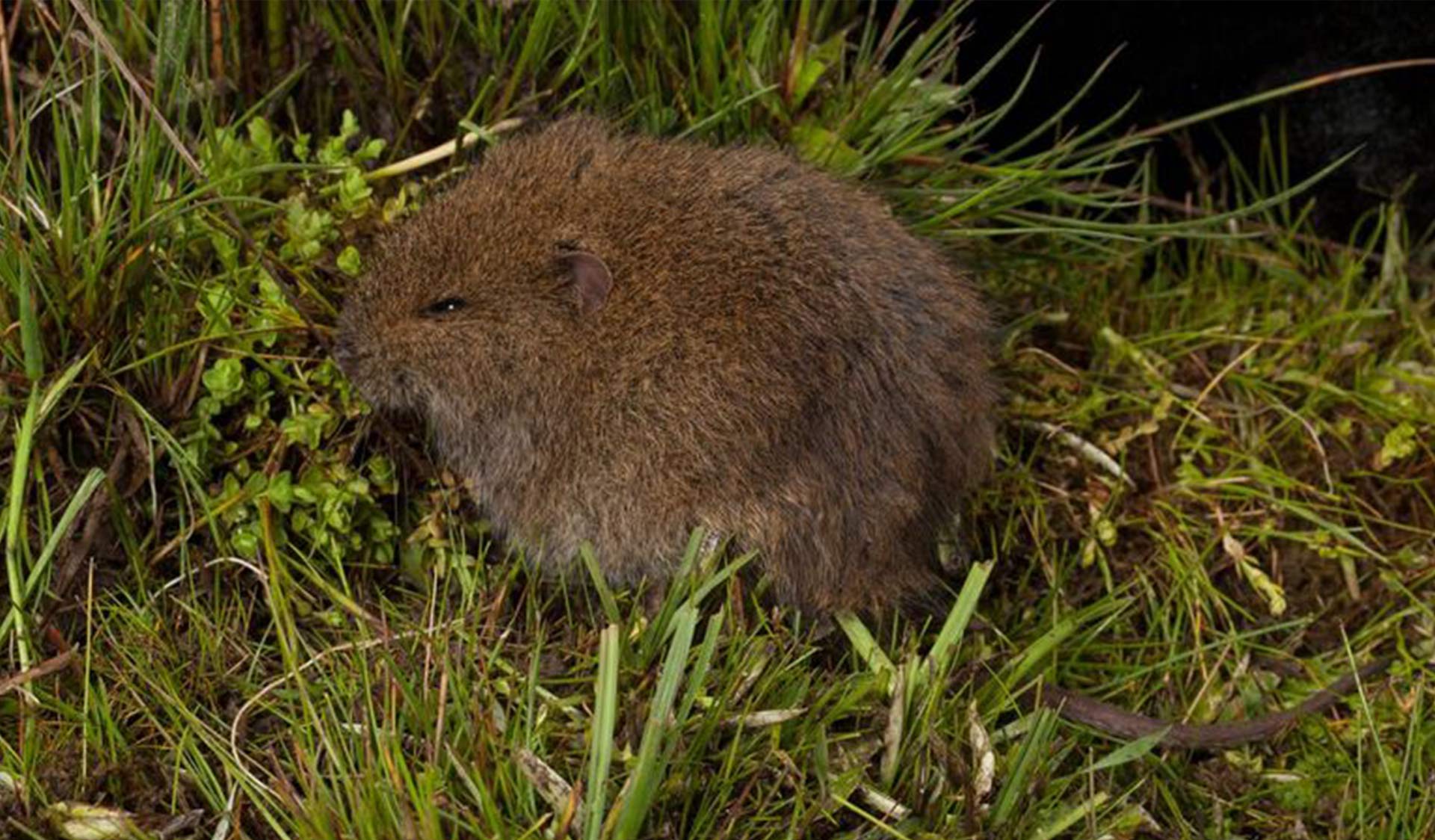 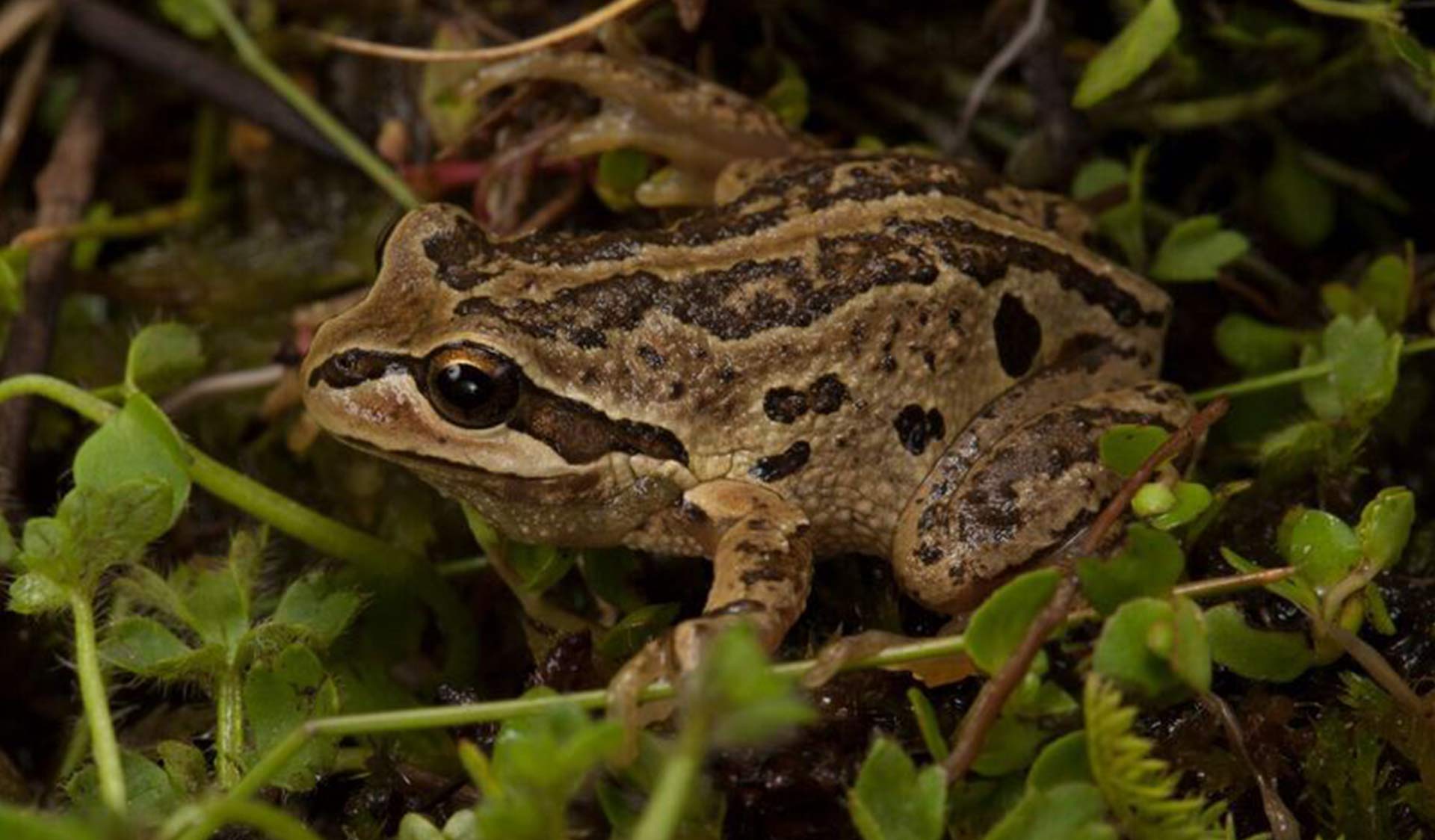 Feral pests such as deer, horses, goats and pigs are causing more damage to native plants, animals and ecosystems than before the fires.


Each day that passes increases the risk that the little remaining vegetation will be lost, these habitats will become muddied trampled pits, the water filtering mechanism of the peatlands will be destroyed, and animals will become locally extinct. 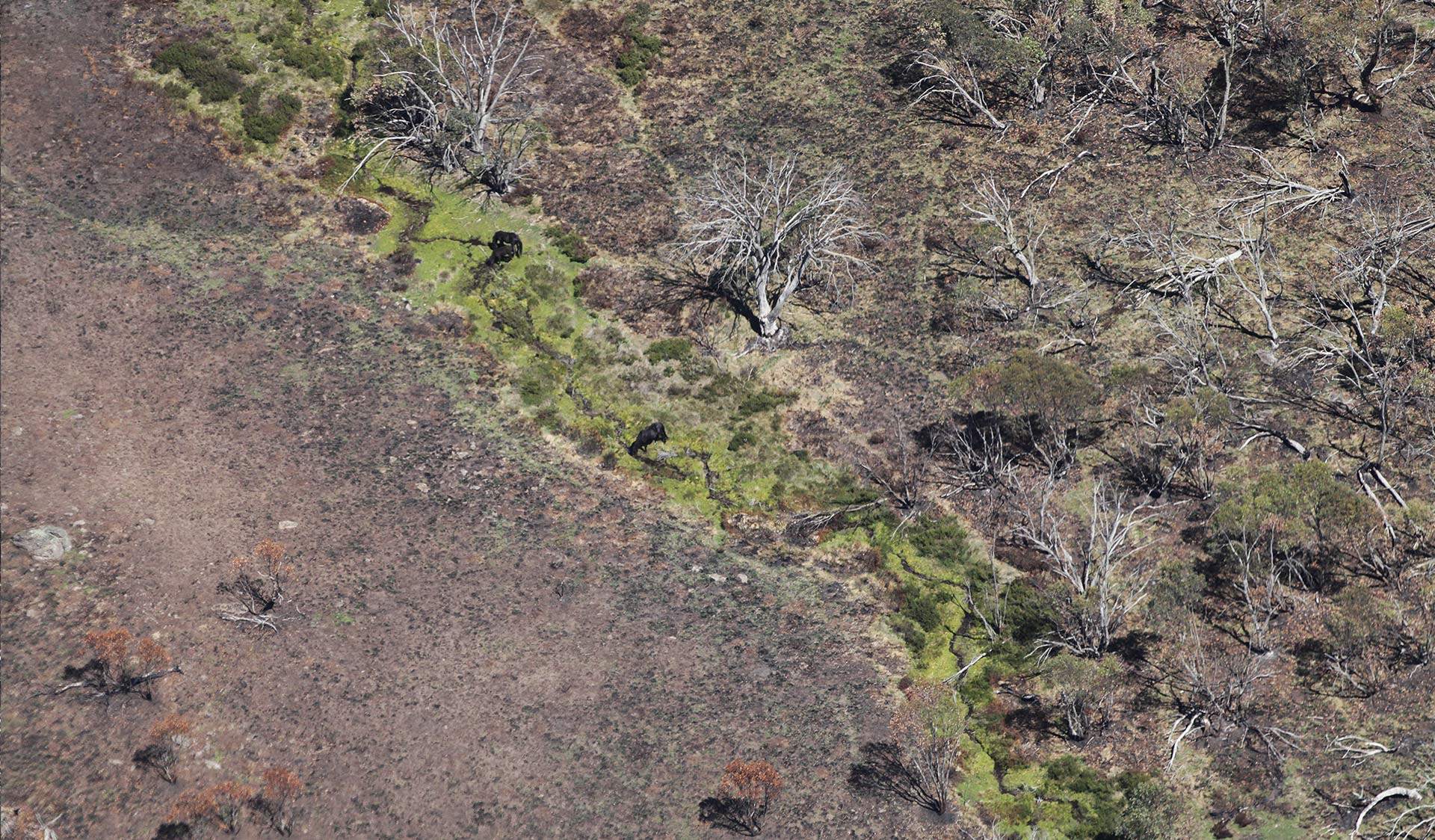 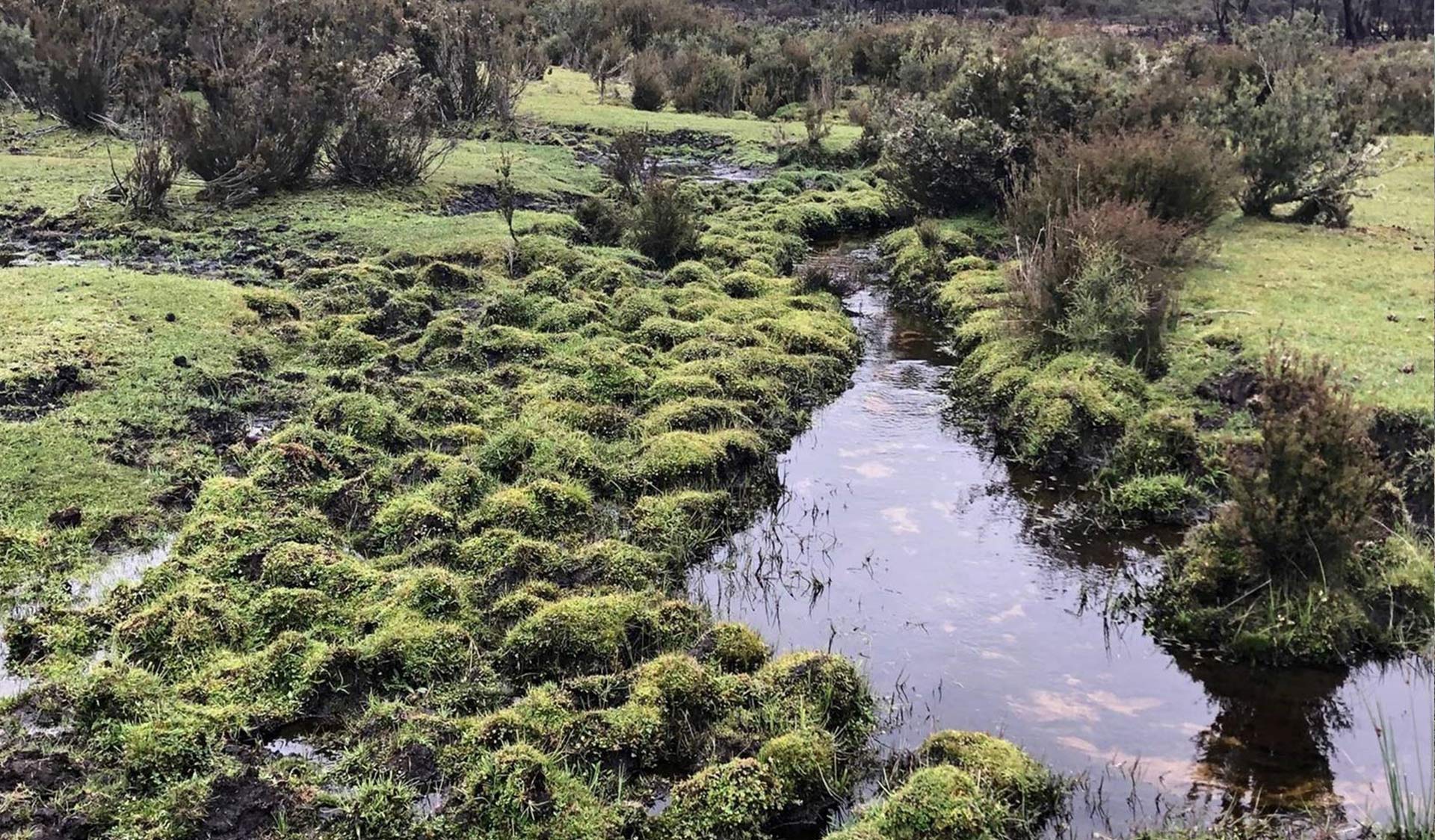 Feral horses in waterways and close-up of the damage they cause to waterways, Alpine National Park

These remnant habitats are extremely important to the recovering landscape, and if the native species survive, they will be the source of any repopulation of habitats in burnt areas.

In the context of multiple pressures from a warming and drying climate and increased fire frequency, the risk of species extinctions is very real, and would constitute an irreparable loss to these ecosystems and a loss to the natural and national heritage of Australia.  The maintenance of these unburnt refuges will make this landscape more resilient to other climate-related threats.

The window to remove these animals is closing.

Feral horse management is one component of an integrated approach to reducing the impacts of introduced animals in the Alpine National Park.

Parks Victoria aims to reduce the numbers of feral horses in parks, to protect the natural environment and provide a greater chance of survival for native species, many of which are found nowhere else on the planet.

Feral horses are being removed from parks through capture, rehoming and in some cases, targeted ground-shooting by professionals in areas of high conservation value. Aerial shooting is not planned for feral horse control in Victorian parks.

In some places, exclusion areas are fenced to protect small vulnerable habitats and to collect information on what the environment should look like without pressure from feral horses.

All feral horse management operations are thoroughly planned and implemented under strict protocols and oversight, ensuring that operations are safe, effective, humane and meet obligations of all relevant legislation, Codes of Practice and Standard Operating Procedures.

Parks Victoria is committed to rehome as many feral horses as possible, if they are deemed to be in good condition. Find out more about our rehoming program on the Feral animals page, under 'What can I do to help?'.

Parks Victoria released the Strategic Action Plan: Protection of floodplain marshes in Barmah National Park and Barmah Forest Ramsar site [2020-2023] on Friday 21 February 2020. The plan outlines a four-year program to address threats in the Barmah Forest and protect it for current and future generations.

The plan describes the first stage of control and removal of feral horses, bringing the total number down to 100. The longer-term aim is total removal of feral horses from the Barmah National Park. Control methods outlined in the plan include trapping and rehoming to meet rehoming interest and capacity, and ground-shooting of free-ranging horses under strict protocols and oversight.

Parks Victoria’s existing program of capture and rehoming is no longer sufficient as the sole method for managing the feral horse populations in the Alpine National Park to reduce environmental damage.

Capture and rehoming will remain a key part of the feral horse control program in the Alpine National Park. However, the combination of increasing horse numbers, recent extensive and severe bushfires, increasing climate change impacts and the limitations of rehoming to remove sufficient horses requires increased feral horse management and the addition of new management techniques, including the targeted ground-shooting of free-ranging horses.

As feral horses are well-established across large areas of remote terrain of the eastern Alps, they are unlikely to be completely removed. Through reducing their numbers, Parks Victoria is working to give native species at risk of extinction a greater chance of survival.

Click here to learn more about the Strategic Action Plan for protecting the Alpine National Park.