Parks Victoria manages feral horses in the Alpine National Park and Barmah National Park to reduce the damage they cause to fragile native vegetation, ecosystems and Aboriginal cultural heritage. Monitoring the numbers of horses in these parks helps determine the scale of their impact and the change in horse numbers over time caused by population growth, environmental factors and horse control undertaken by Parks Victoria.

Due to the size, remoteness and difficulty of accessing parks where horses occur (Victoria’s alpine national parks and Barmah National Park), counting every horse is not possible. This is also the case for most fauna populations in the wild – it’s a very rare situation when you can census the entire population. Instead, various internationally-recognised and commonly used scientific methods are used to determine horse numbers from the monitoring that can be undertaken.

The survey methods and results for Barmah National Park and two sections of the Alpine National Park, Bogong High Plains and Eastern Alps, are summarised below.

Barmah National Park is a 28,537 hectare park situated on the border with NSW, with its northern edge defined by the Murray River. Aerial surveys of horses were trialed in June 2017, and repeated in June of 2018 and 2019.

Thermal imaging data was captured from an imaging system mounted to a helicopter that was flown in parallel transects, 1000 metres apart, across portions of the Barmah National Park, as shown on the map below (Figure 1). This technique relies on a stark temperature contrast between the animal and the ground, so the surveys need to be flown in cold weather, between May and August each year. The technique has the advantage of allowing horses to be detected that might otherwise be obscured by red gum canopy cover and tall reed beds.

Horses were detected from the recorded thermal imagery within 90 metres either side of the transects. Horses are positively identified using a set of rules and records are verified by two skilled analysts operating independently. Estimates were then calculated for the density and abundance of horses across the survey area, including the area between transects, by an independent expert using an internationally recognised method known as Distance Analysis, widely applied for wildlife surveys around the world. 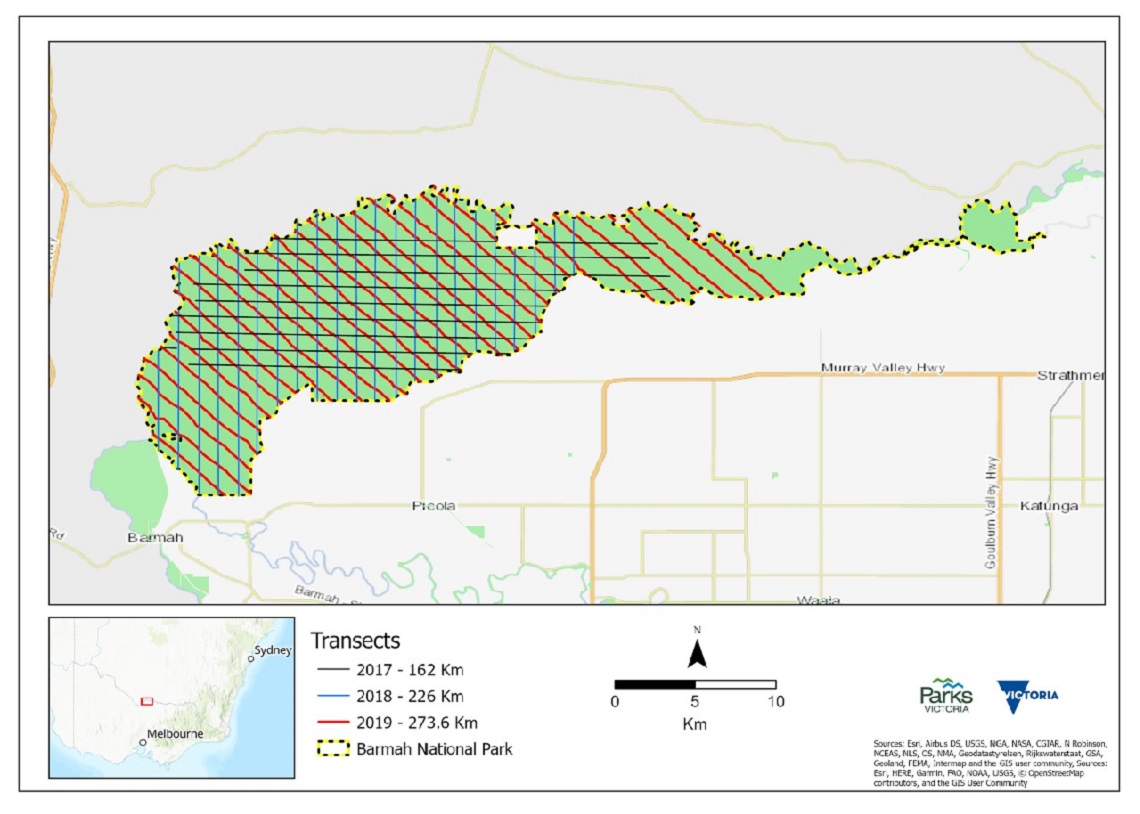 Figure 1: Map showing the actual flight transects of the surveys.

In 2017, the flown transects provided a population estimate for approximately 52% of the park. In 2018 and 2019, the flown transects provided population estimates for approximately 82% and 91% of the park, respectively. The results for each survey year are summarised below, given with the 95% confidence interval (this is the range of values for which we are 95% confident the true value lies within).

Surveys planned for the May-August period in 2020 and 2021 have had to be deferred due to the operational constraints of COVID-safe settings.

The estimate of the number of horses across the surveyed area was 621 horses, with 95% confidence that the population was at least 477 and could be up to 765.

This result corrects an erroneous 2019 horse number estimate(540 horses) previously reported in the Strategic Action Plan: Protection of Floodplain Marshes in Barmah National Park and Barmah Forest Ramsar Site, which was calculated using an incorrect survey area (22,967 hectares as opposed to 26,064 hectares). While the estimated population density (0.024 ±0.006 horses per hectare)is the same between the two reports, the larger area of the survey increases the estimate of horse abundance. Parks Victoria acknowledges that the previous estimate was made in error.

A further analysis in the 2019 report compared the 2019 and 2018 horse numbers and determined that horse numbers had declined. The summer of 2018-19 was particularly dry, and more than 50 horses had to be euthanased by Parks Victoria due to their poor condition and welfare concerns caused by lack of natural feed and starvation. This reduction, together with other unaccounted-for deaths, possible reduced birth rate and potential movement of horses in search of food could explain the decline from 2018 to 2019.

The estimate of horse numbers (across the 52% of the park surveyed) was 675 horses with 95% confidence that the population is at least 551 and could be up to 799.

Several horse counts were undertaken prior to 2017, including helicopter counts in summer 2012 which observed at least 144 horses. These counts were all likely to have underestimated the population as they did not systematically survey the area and would not have detected horses within red gum canopy cover and within tall Phragmites reed beds. They are not comparable with the estimates from systematic surveys from 2018 on. 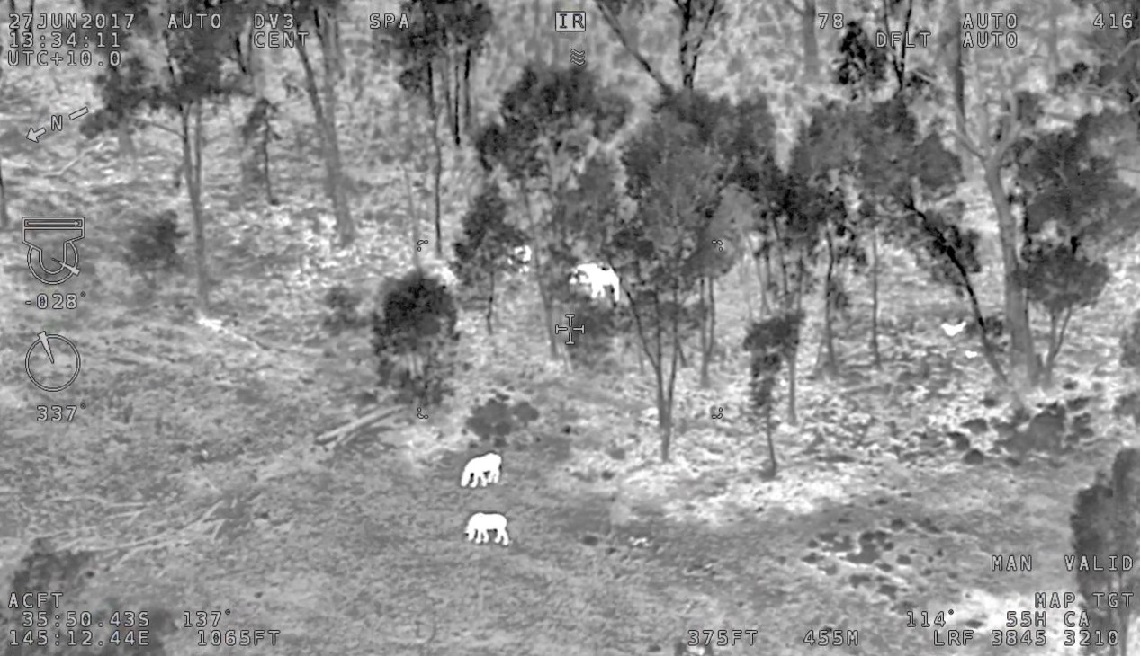 Figure 2: Sample image of horses feeding in the open and amongst trees, from infra-red video recorded along transects during the 2017 survey.

The Bogong High Plains is a specific area of focus for aerial horse surveys within the Alpine National Park, located to the south of Mount Bogong. Mount Bogong is the highest point in Victoria. This area has been surveyed every 2-3 years since 2005 using a consistent (sight-resight) method. Searches were also conducted over 15,000 hectares of State Forest land to the south of the Bogong High Plains, but this has not been included in the analysis and estimation of horse numbers. In 2018, the search area was extended to include a6000 hectare area around Mount Nelse where horses had relocated to since the previous survey (see Figure 2).

The same survey area has been covered by each of the surveys undertaken, over an area of approximately 26,000 hectares between Falls Creek and the Bundara River. This area is predominantly in the Alpine National Park, with a small area of State Forest.

The survey method for this area involves human observers in a helicopter flying parallel transects across the park, 1000 metres apart, on two consecutive days. The helicopter flies the same route on both days, with observers locating and identifying horses on the first day and verifying identified horses on the second day. An estimate of horse numbers is then calculated from the sighting and re-sighting data. The results are summarised below, given with the 95% confidence interval (this is the range of values for which we are 95% confident the true value lies within).

An additional survey was completed in June 2021 with the report currently in preparation.

Horse abundance across the survey area was estimated to be 109 horses with 95% confidence that the population is at least 107 and up to 123.

Estimates of horse numbers in are as follows (95% confidence intervals in brackets): 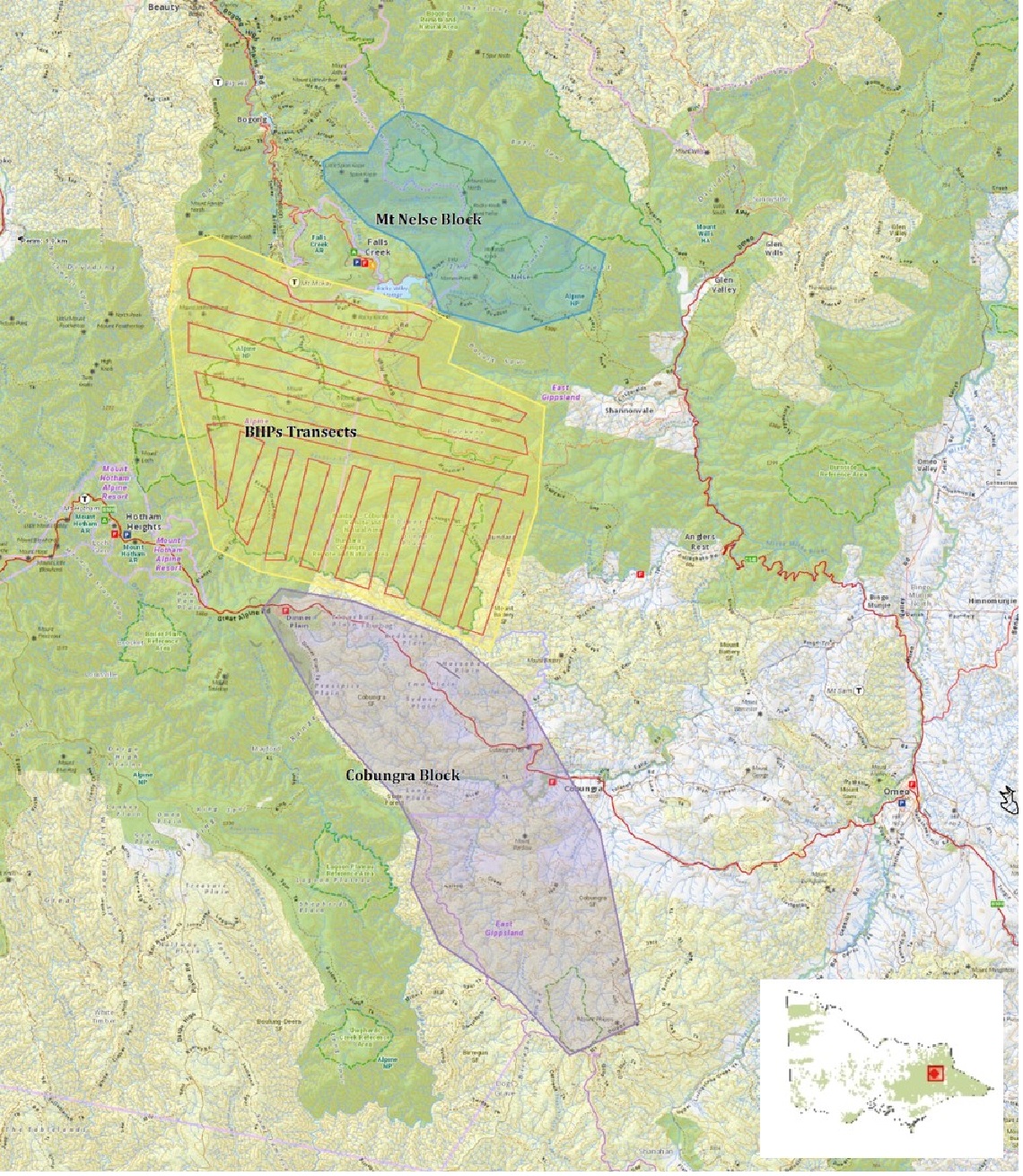 Surveys of horse numbers have been conducted for the Eastern Alps in Victoria as part of a larger survey across the Australian Alps. Previous surveys were conducted in 2001, 2003, 2004 and 2009. A report from 2019 details the results of surveys conducted in April-May of 2014 and April-May of 2019, which were conducted over the same area, using an internationally recognised method known as Distance Analysis. The survey and analysis methods were independently reviewed and validated by experts in the analytical techniques used, from CSIRO and St Andrews University in Scotland.

The Byadbo-Victorian block is the largest of these (494,600hectares), and is the focus of this summary, as approximately 60% of this block lies within Victoria, while the other blocks fall within NSW. The Victorian portion of the Byadbo-Victorian survey block (the Eastern Alps area) covers parts of the Alpine National Park and Snowy River National Park, and adjacent areas of State Forest and other Crown land. Some parts of the area are excluded from the survey due to the steepness of terrain. 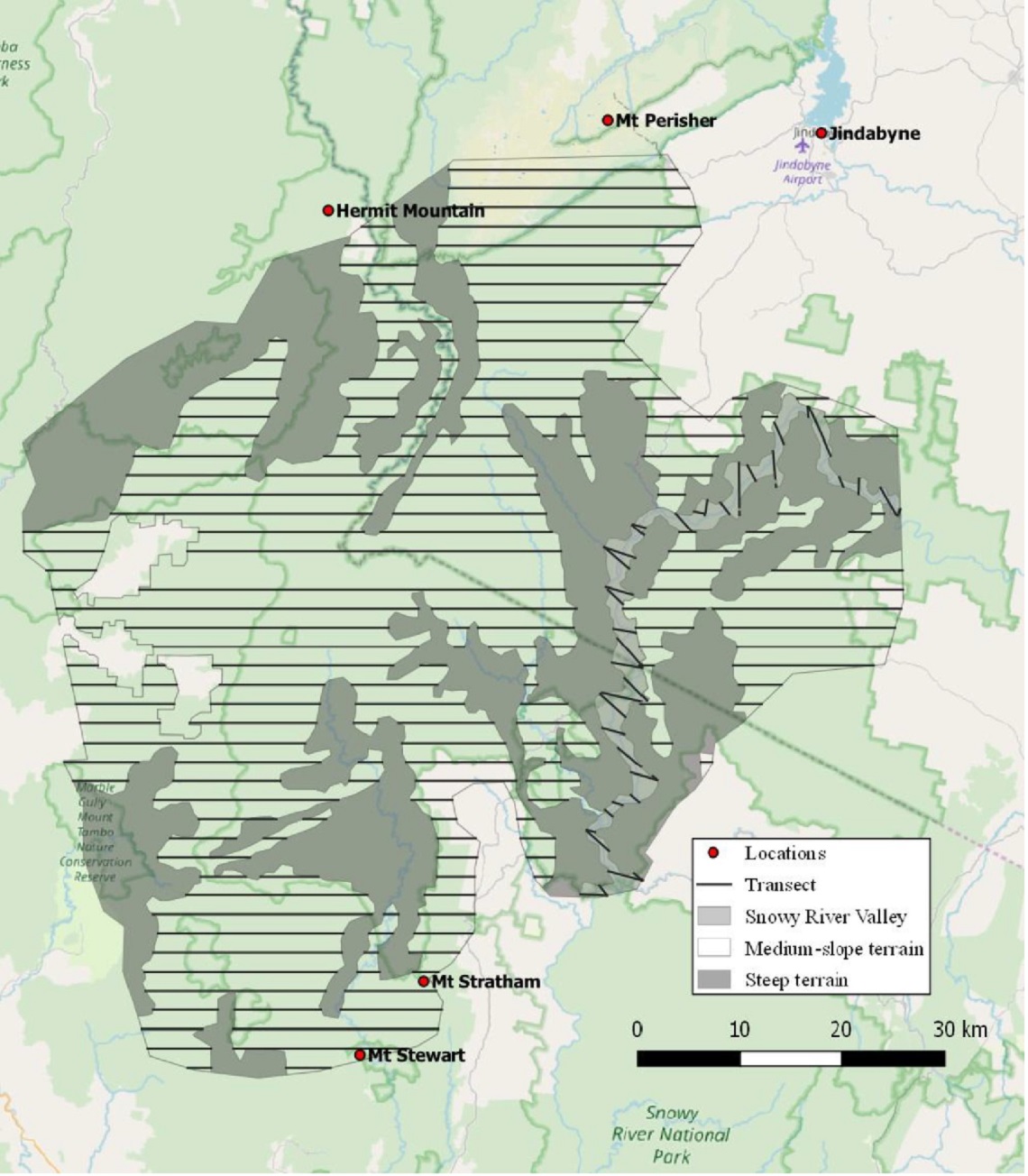 Figure 4: Map showing the planned flight transects of the survey.

The 2014 and 2019 aerial surveys involved human observers in a helicopter, generally flying parallel transects across the survey area, 1.9 kilometres apart, locating and counting clusters of horses over multiple survey days. A zig zag path was flown over the Snowy River Valley. The observations were then used to estimate the density and abundance of horses in the survey area. The results are summarised below for each survey year, given with 95% confidence intervals (this is the range of values for which we are 95% confident the true value lies within).

2019 – Download Feral Horses in the Australian Alps: the Analysis of Aerial Surveys Conducted in April-May, 2014 and April-May 2019

From the original detection of 374 horses on the transects, the estimate of horse abundance was 8518horses with 95% confidence that the population was at least 6321 and up to 12,464.

A simple way to estimate Victorian-specific horse numbers from the numbers estimated for the Byadbo-Victorian block is to multiply the number of horses by the percentage of the area that lies within Victoria. With approximately 60% of survey area occurring within Victoria, and assuming that horses are distributed similarly across the Victorian and NSW sections of the survey block, the number of horses in the Eastern Alps area was estimated to be approximately 5110 horses, representing an increase of approximately 15% per year from 2014.

With approximately 60% of survey area occurring within Victoria, and assuming that horses are distributed similarly across the Victorian and NSW sections of the survey block, the number of horses in the (Victorian) Eastern Alps area was approximately 2590 horses.