Clear plans, and learning from evidence, experience and shared knowledge are crucial to the effective management of parks. As the manager of the state’s parks network, Parks Victoria seeks to build partnerships to gather, analyse and share knowledge to inform its management actions for nature and heritage conservation, and provision of facilities, programs and services for our visitors and community.

8.1.4 Participation in citizen science and other knowledge partnerships

Park management plans guide the future management of parks over a 15-year timeframe. The plans identify the vision, goals, outcomes, measures and long-term strategies for action. The National Parks Act 1975 requires a plan of management for each national and state park. In addition, Parks Victoria produces Conservation Action Plans, Precinct Master Plans, and a Visitor Experience Framework to guide its planning approach. Management plans adopt a landscape-wide approach to consider things bordering the park that may influence how a park operates. 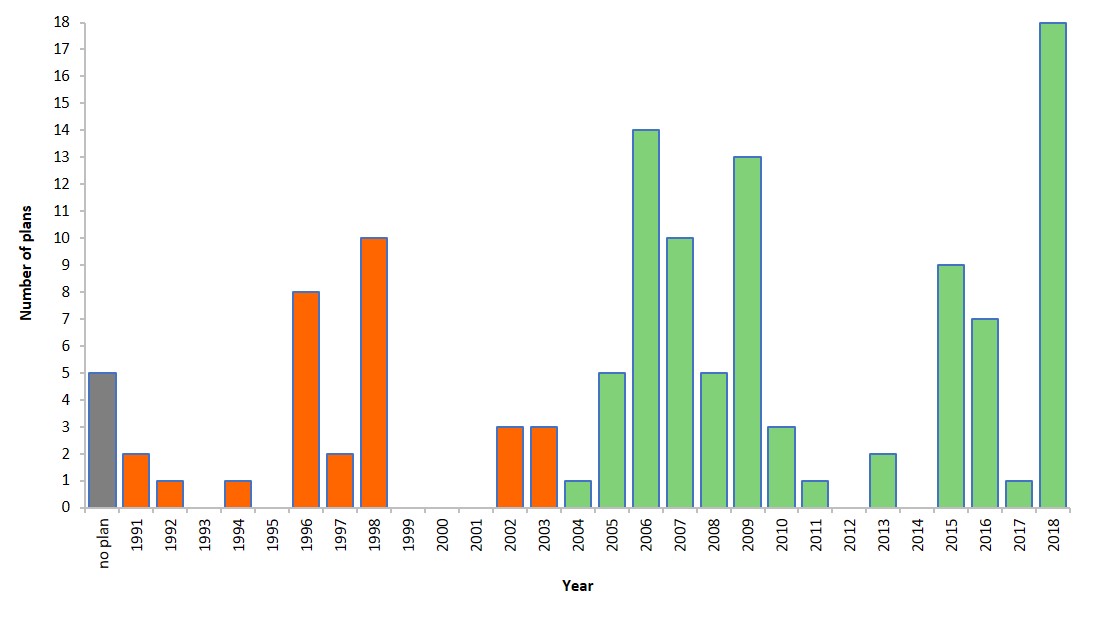 Percentage of landscapes with a Conservation Action Plan 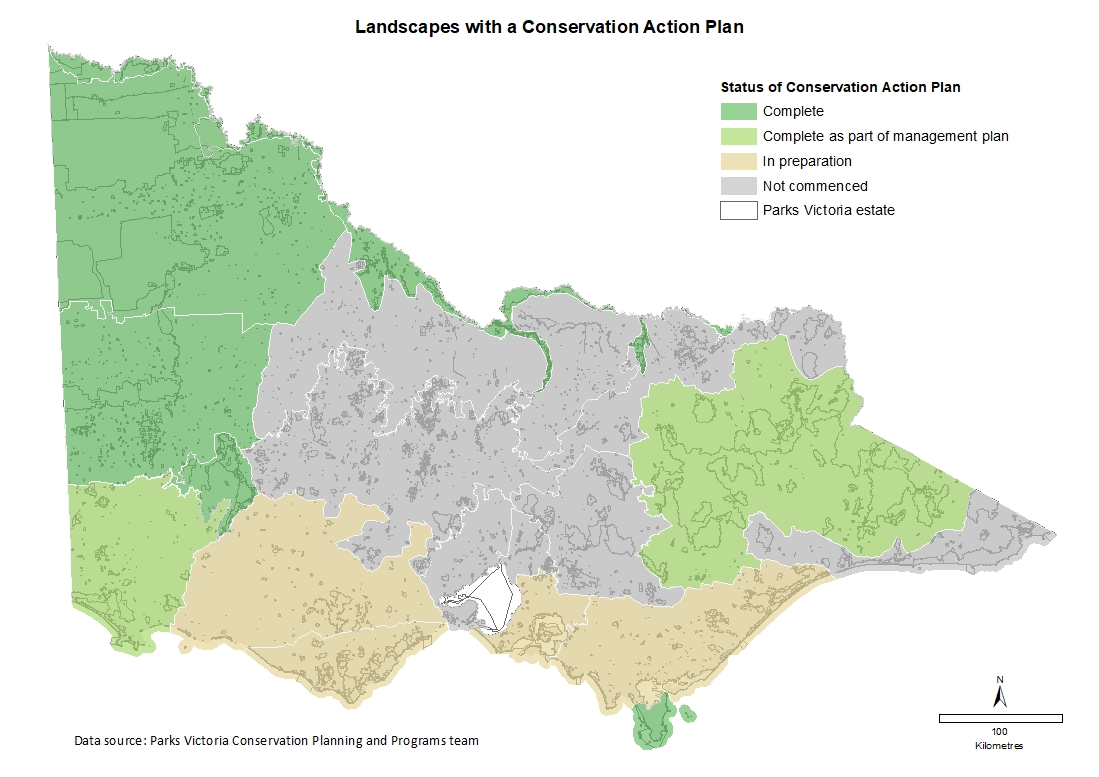 Number and types of RPP projects completed or commenced

The Parks Victoria Research Partners Program (RPP) continued to deliver collaborative research with universities and other research institutions during the reporting period. Since 2013, more than 60 new research projects were initiated, and many other multi-year projects continued to address critical knowledge gaps and ensure management decisions and actions were supported by high-quality data and science. Projects supported through the Research Partners Program included:

Number and types of scientific research permits in parks

In 2017, Parks Victoria introduced ParkConnect, an interactive system for staff and researchers to manage permit applications, request and approve access to parks for research activities, and upload research findings. Based on an analysis of research permits managed in 2017-18, research activity in parks included the following:

With the vast responsibility of managing over four million hectares of Victoria’s most intact landscapes, Parks Victoria recognises the importance and value of collaborating with Traditional Owners to manage parks in a culturally sensitive and ecologically sympathetic way.

The authority and cultural responsibilities of Traditional Owners to care for Country are being increasingly recognised through Joint Management Plans, co-management agreements and other partnerships.

Cultural knowledge has been an essential component of new park planning approaches. Examples include the development of the Lake Boort Management Plan in collaboration with Dja Dja Wurrung Traditional Owners and engaging and collaborating with Eastern Maar Traditional Owners to inform and co-design visitor infrastructure that respects and celebrates Aboriginal culture as part of implementation of the Shipwreck Coast Master Plan.

8.1.4. Participation in citizen science and other knowledge partnerships

Citizen scientists and community volunteers play a valuable role in gathering information to improve baseline knowledge of park values. Their involvement in this process of understanding, as well as partnerships to improve alignment of research with park management priorities, have dramatically increased since 2007.

During the reporting period Parks Victoria expanded its role in citizen science initiatives to connect people with nature, including:

As technology continues to rapidly develop, there are increasing opportunities to establish and maintain knowledge partnerships with citizen scientists and other organisations to build and share knowledge and help evaluate the effectiveness of park management programs.

Go back to State of the Parks Fourth Edition main page.