Parks Victoria has a crucial role to play in fire and emergency management as a support agency and partner in the whole-of-government planning and response program. Parks Victoria supports the Department of Energy, Environment and Climate Action (DEECA) to prepare for, respond to and recover from bushfires on public land. Parks Victoria also has a key support role in other emergency events.

Area treated by planned burns and other fuel treatments

Impact by fire on park values 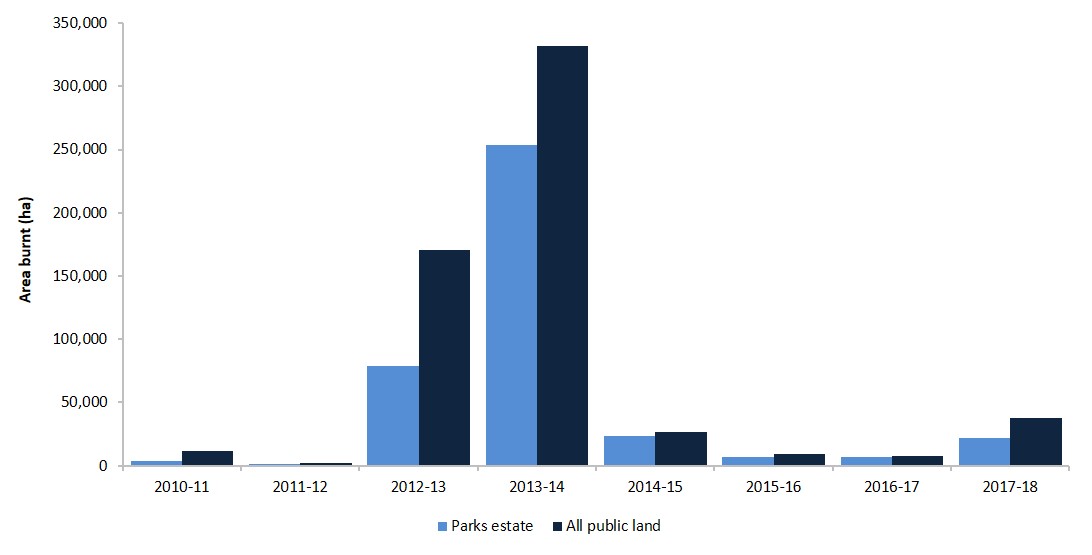 Area treated by planned burns and other fuel treatments 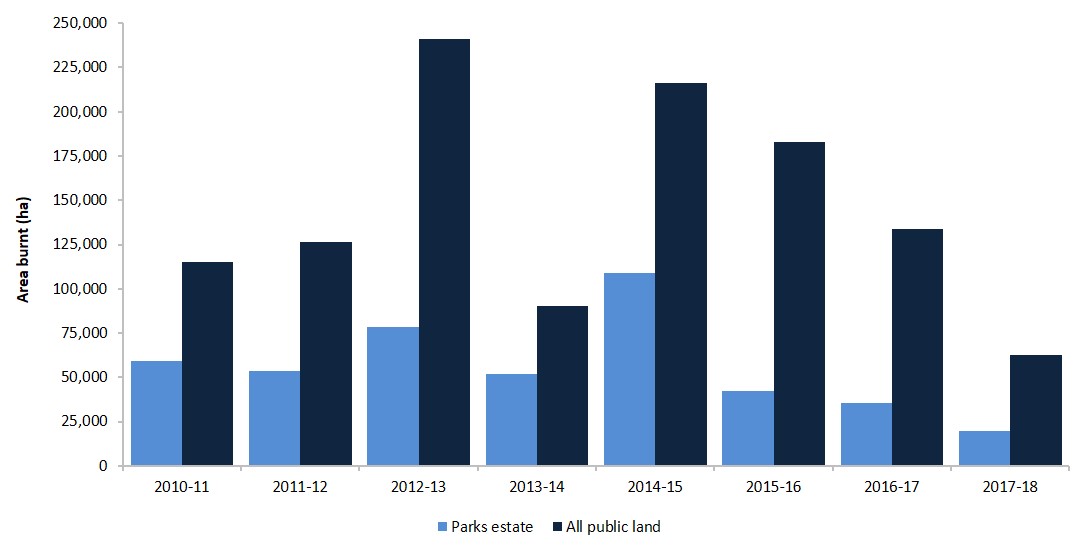 Impact of fire on park values 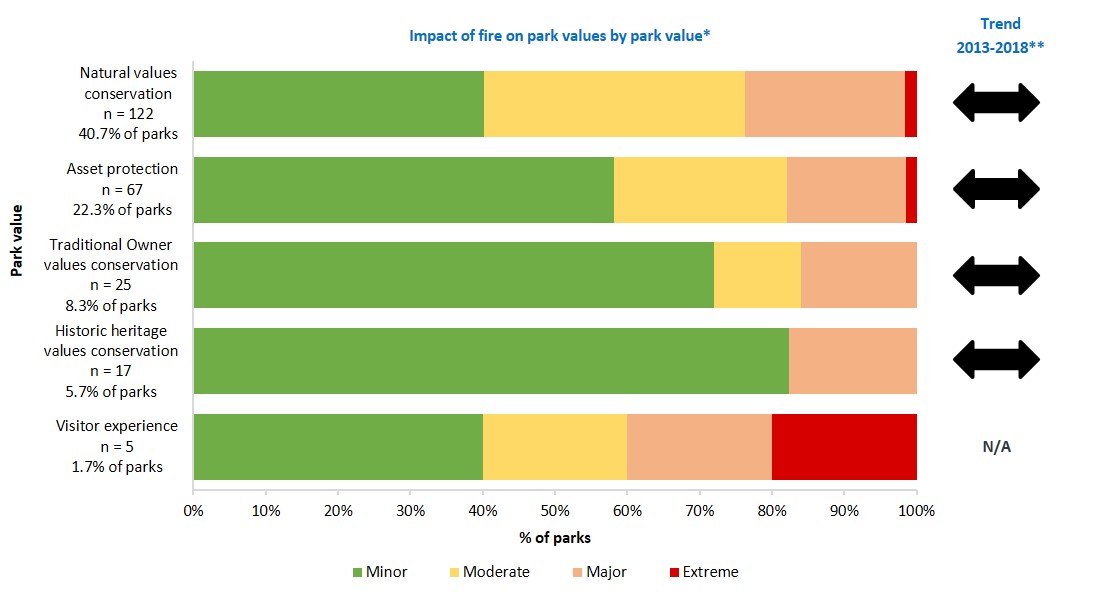 In 2017-18 Parks Victoria employed 850 accredited ongoing staff to emergencies and 190 Project Seasonal Firefighters who are trained and available and responded to 1562 bushfires.

Several large bushfires impacted on various parks and reserves across the State between 2013 and 2015 resulting in significant bushfire recovery programs. As well as impacting park infrastructure and services, the Aberfeldy-Donnelly’s bushfire in East Gippsland, Wyperfeld National Park-Bronzewing F.F.R bushfire in the Mallee, Chiltern-Mt Pilot National Park bushfire in North East, and Wye River-Great Otway National Park bushfire in the southwest had significant impacts on surrounding communities. The Grampians was impacted over two years in 2013 and 2014 with consecutive recovery programs following the Victoria Valley bushfire in 2013 and the Northern Grampians fire in 2014. Between 2013-2015 approximately $11.5M of bushfire recovery programs were delivered whilst finalisation of the $66M 2010-2012 flood and storm recovery was simultaneously occurring.
In 2016-2017 ten consecutive flood and storm events across the state caused widespread damage to parks, impacting thousands of assets, threatening cultural heritage sites and the environment, resulting in an $11.2 million recovery program, which is currently in its final stages of delivery.

Successful initiative funding (Treasury Advance/ERC) applications for the Northern Grampians complex bushfires and 2016-2017 Floods and storms have allowed programs to support the recovery of significantly impacted cultural or environmental values. Unless additional funding had been provided, the focus for most events has been on community recovery and replacement/repair of insured assets. 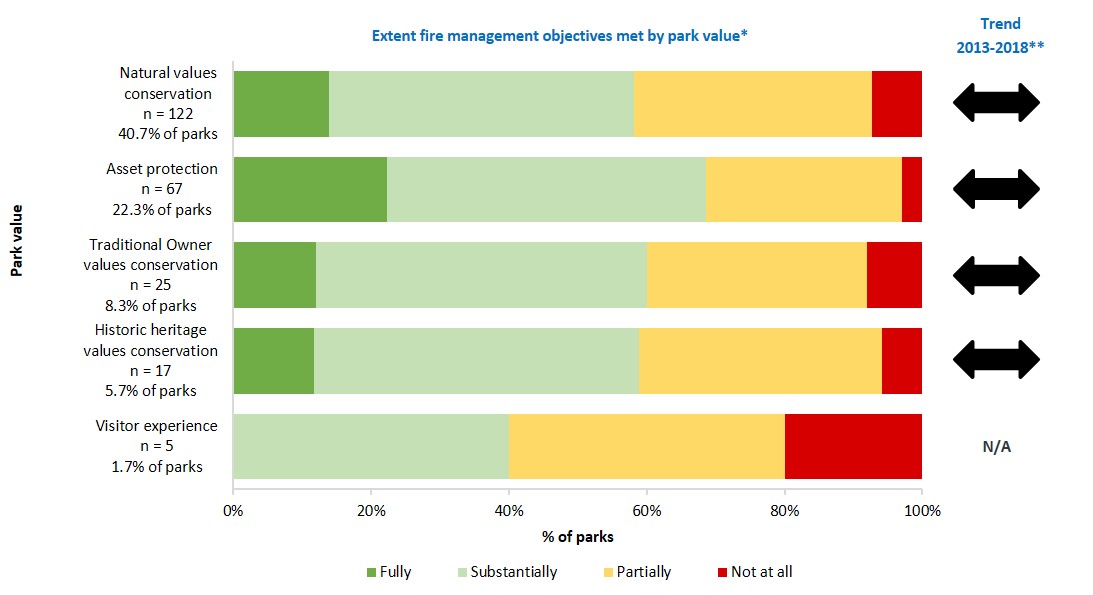 Go to previous section of State of the Parks Fourth Edition: Fire and emergency management

Go to next section of State of the Parks Fourth Edition: Park planning and knowledge