Representation of historic heritage places and objects in parks

The parks estate includes six cultural landscapes of National significance, 210 places of State significance and historic shipwrecks, and many other additional places that are of local significance. It includes almost 3,000 assets with historic heritage value as well as 55 collections of moveable historic objects, which are non-Aboriginal objects of cultural significance, either individually or in association with a heritage place (for example, original furniture, art and farm machinery).

Extent and representation of historic places and objects in parks

Extent and representation of historic places in parks

• The Parks network includes one national heritage park, Castlemaine Diggings National Heritage Park. This is a unique designation declared under the National Parks Act 1975 in 2002. There are also 94 designated historic reserves.

• Many assets with historic heritage value are also found in other National Parks Act parks, Conservation reserves and metropolitan parks.

• A diverse range of 2,884 historic assets are recorded within the Victorian parks network. An additional 71 assets have been identified since 2013, with 40% of these being within Castlemaine Diggings National Heritage Park. 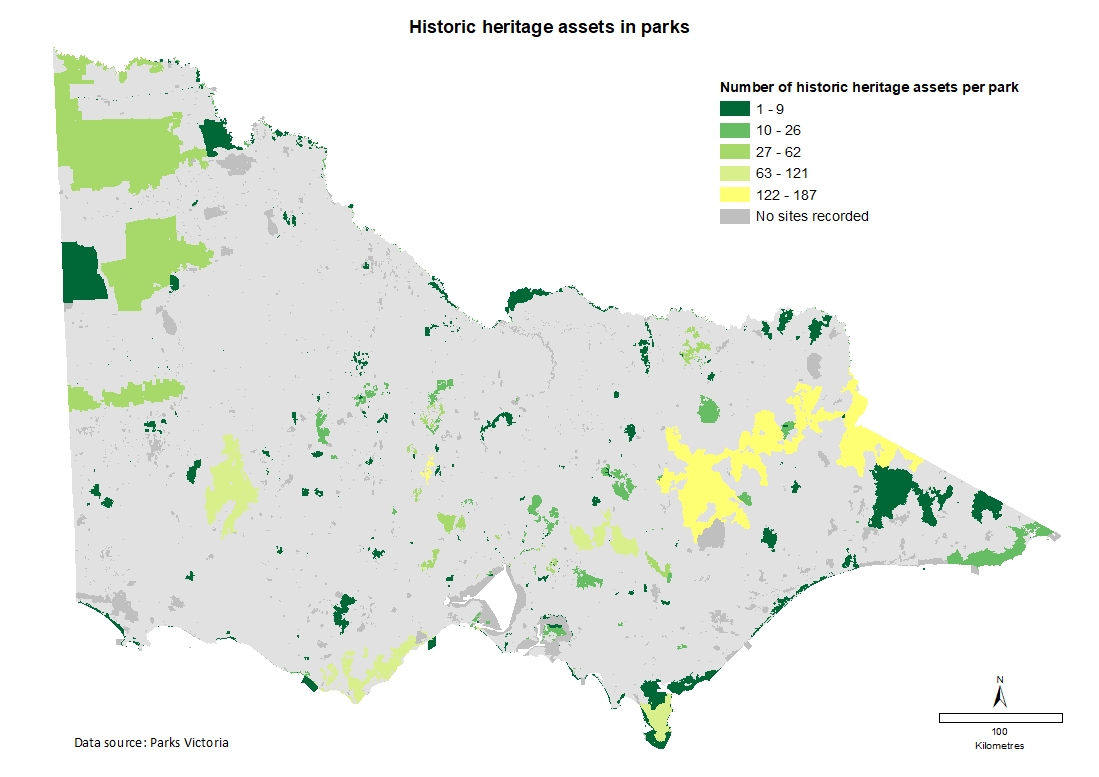 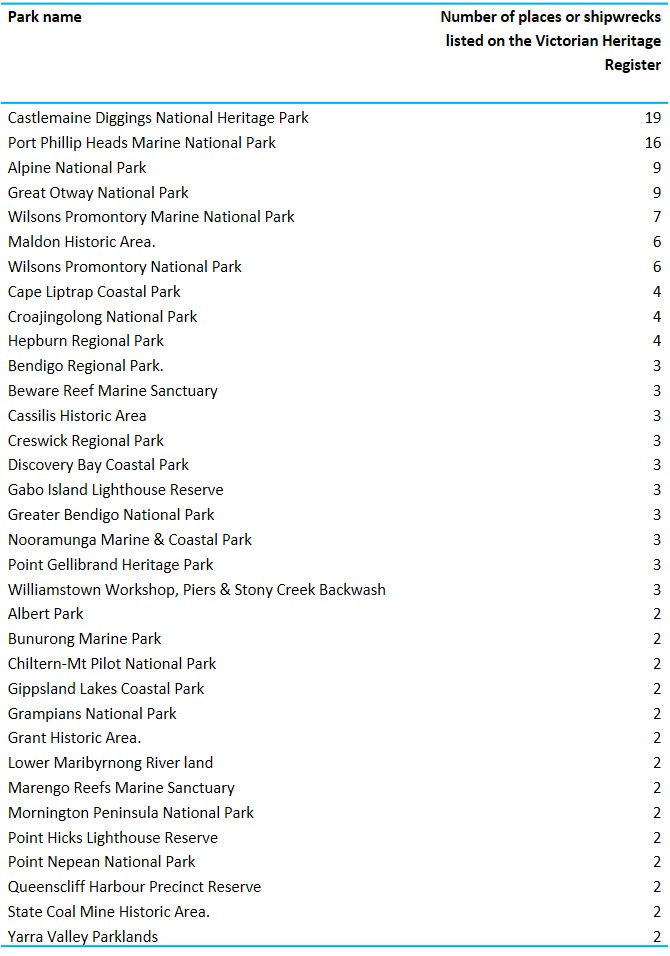 Parks that are included on the National Heritage List

Data source: Department of the Environment and Energy

Go to previous section of State of the Parks Fourth Edition: Management of historic heritage places in parks

Go to next section of State of the Parks Fourth Edition: Status and management of key threats to historic heritage places and objects