Churchill National Park is part of an Aboriginal cultural landscape in the traditional Country of the Bunurong People. Parks Victoria respects the deep and continuing connection that Bunurong Traditional Owners have to these lands and waters, and we recognise their ongoing role in caring for Country.

Consisting of woodland and small areas of original forest, Churchill National Park is home to a large Eastern grey kangaroo and Swamp wallaby population. The park is a wonderful display of the original landscape before clearing and settlement.

With an abundance of peaceful walking tracks, as well as many jogging and riding tracks, you will likely spot some native wildlife as you venture through the park. Make your way up Stonemasons Track to the Trig Point Lookout to experience 360-degree views of the park.

As you wander through the many trails, ensure you have your binoculars onboard. Carefully observe the different layers of canopy, spying reptiles basking in the sunlight, macropods moving through the shrubs or spotting a Powerful owl roosting in overhanging branches.

Look carefully and you might spot an array of parrots, honeyeaters, Superb Fairy-wrens, thornbills, grebes, pelicans, cockatoos or even the migratory Japanese Snipe and Swift Parrot. With Peregrine Falcons and Black-shouldered kites nesting in the area, birdwatchers won't be disappointed with the biodiversity in the sky. Keep an eye on the Birdlife Australia website, who records any major sightings of endangered species such as the migratory Swift Parrot.

Many other species of fauna reside in Churchill National Park. Some species include a healthy population of Powerful owls, Little Forest bats and numerous species of frogs, reptiles and snakes. The endangered Southern Toadlet can be heard croaking from the network of creeks throughout the park.

Over a dozen different eucalypt species, wattles and native orchids can be seen within Churchill National Park. You might notice large tussocks with long leaves - these plants are known as Red-fruit Saw-sedge. These plants, which can be found in the damp woodlands, are vital for the survival of the Sword Grass-brown butterfly. They lay their eggs exclusively on the Saw-sedge, and the plant plays an essential part in their life cycle. 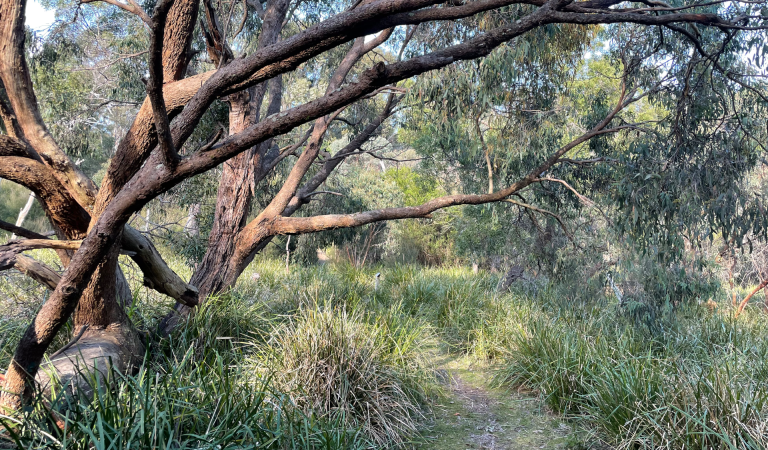 Soak in the natural environment on one of Churchill National Park's many walks – some with challenging inclines for the more adventurous. 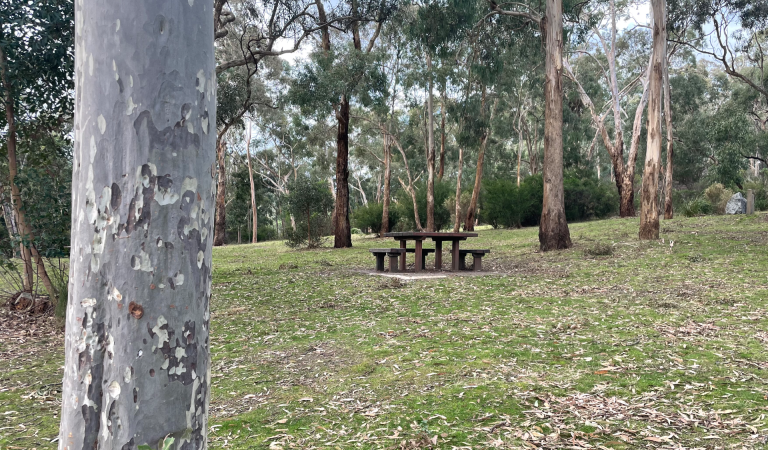 Take the family and a packed lunch to one of the picnic areas to absorb the birdsong. 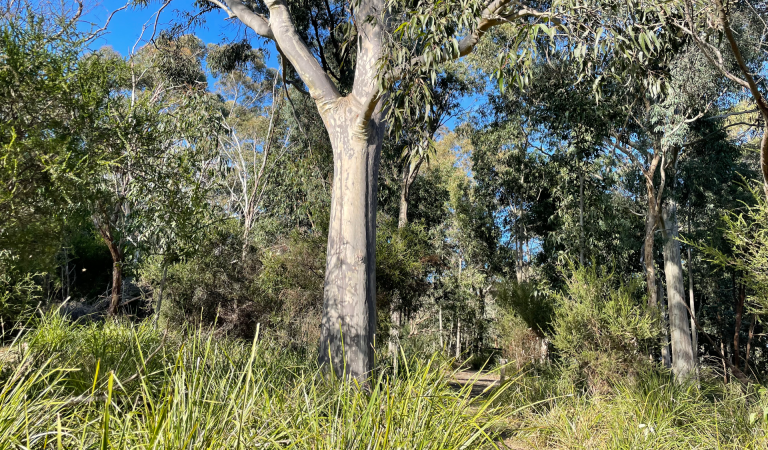 See if you can spot some of the more than 150 species of birdlife that visit the park.

Download the Lysterfield Park and Churchill National Park visitor guide for more information about the park and a map.

Please note: dogs are not permitted in either Churchill National Park or Lysterfield Park.

Enjoy the cool shade of the trees as you wander the tracks. Keep your eyes peeled for Green and Golden Bell-frogs which may be found basking in the summer sun.

Make the most of the Autumn weather with picnics under the shade of the shelters.

Add an extra layer and enjoy the morning frost.
Admire the wildflowers as they start to bloom across the park.