Mt Bishop offers unrivalled panoramic views of the west coast of Wilsons Promontory and its offshore islands. Trek through temperate rainforest and towering stringybark forest as you hike to the rocky summit. Scale the granite peaks and enjoy spectacular views from the lookout.
Weave among a variety of forest types as you hike up the slopes of Mt Bishop on this rewarding walk at Wilsons Prom. The track is easy-going in its early sections, but becomes more narrow and steep as you climb. Sturdy footwear is a must.

The challenging hike leads to the summit of Mt Bishop, where impressive granite boulders surround the peak. Take a break at the scenic lookout and enjoy breathtaking views over Squeaky Beach and Whisky Bay.

At 319m high, Mt Bishop is one of the best vantage points for incredible views of the Prom's coast and chain of islands scattered offshore. For a truly memorable hike, visit later in the day and watch the sunset over the sea and islands.

As you hike back down the mountain, you can follow the same tracks back to the carpark or extend your journey and descend into Lilly Pilly Gully. Enjoy a pleasant walk through the tranquil and southernmost rainforest in mainland Australia before returning via the nature walk.

Starting at Stockyard Campsite near the park entrance, follow the signposts to the northern flank of Big Drift, an extensive series of inland sand dunes. It’s easy to get lost in Big Drift so be careful to mark your path to find the track out again. There is no beachaccess from Big Drift. 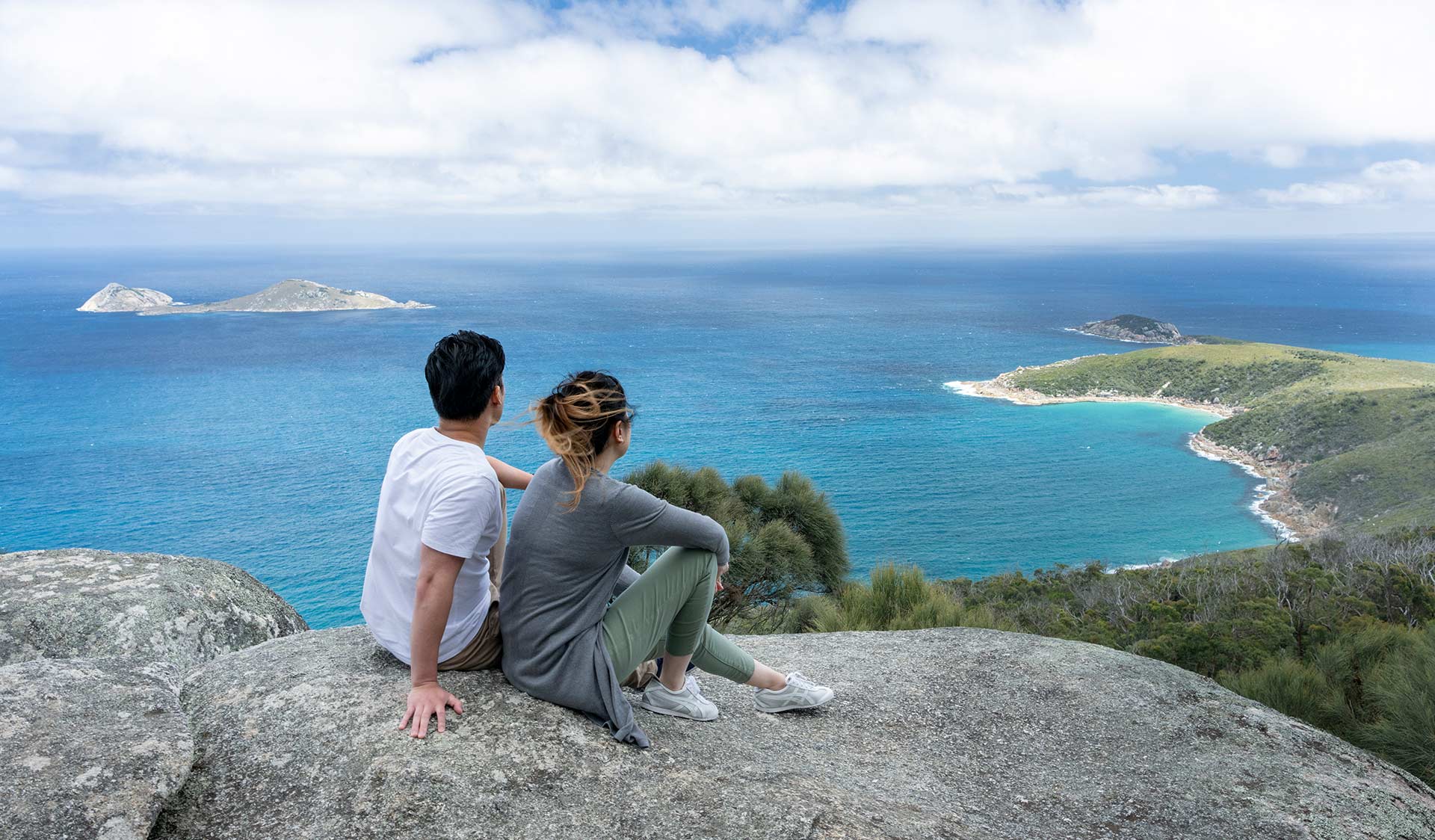 Commencing at the Darby River car park, a sandy track follows Darby River as it winds its way to the coast. The small exposed beach is embraced at each end by rocky headlands. Please stay on the beach and avoid climbing fragile sand dunes 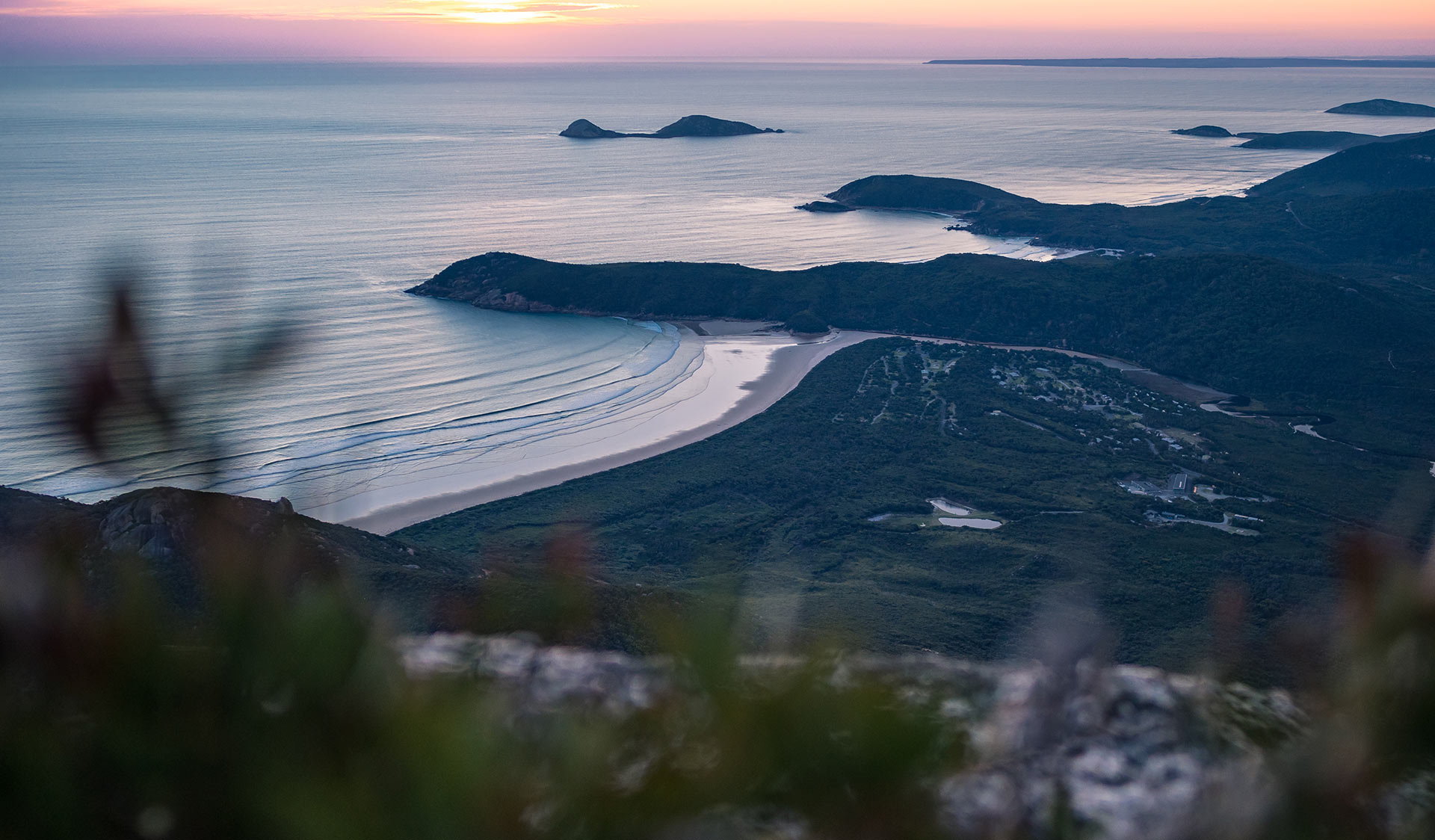 Starting from the Telegraph Saddle car park, this iconic Prom walk follows the management vehicle track to the summit of Mount Oberon.Steps below the rocky summit lead to postcard perfect, panoramic views over Tidal River, the coast and offshore islands. 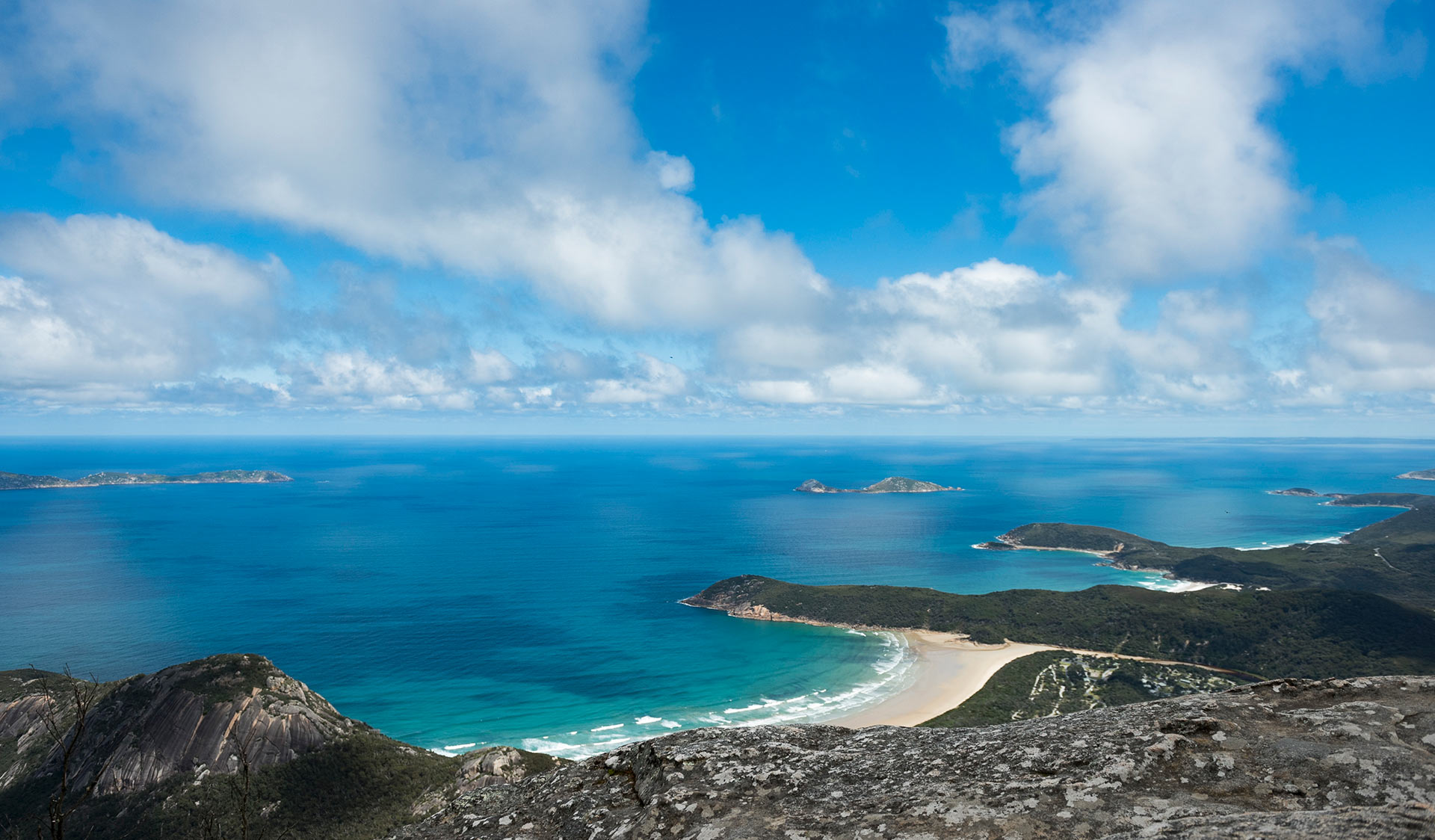 Close to Tidal River campground, the beautiful Norman Beach is flanked by Pillar Point in the north and Norman Point in the south and offers stunning views of Mount Oberon. 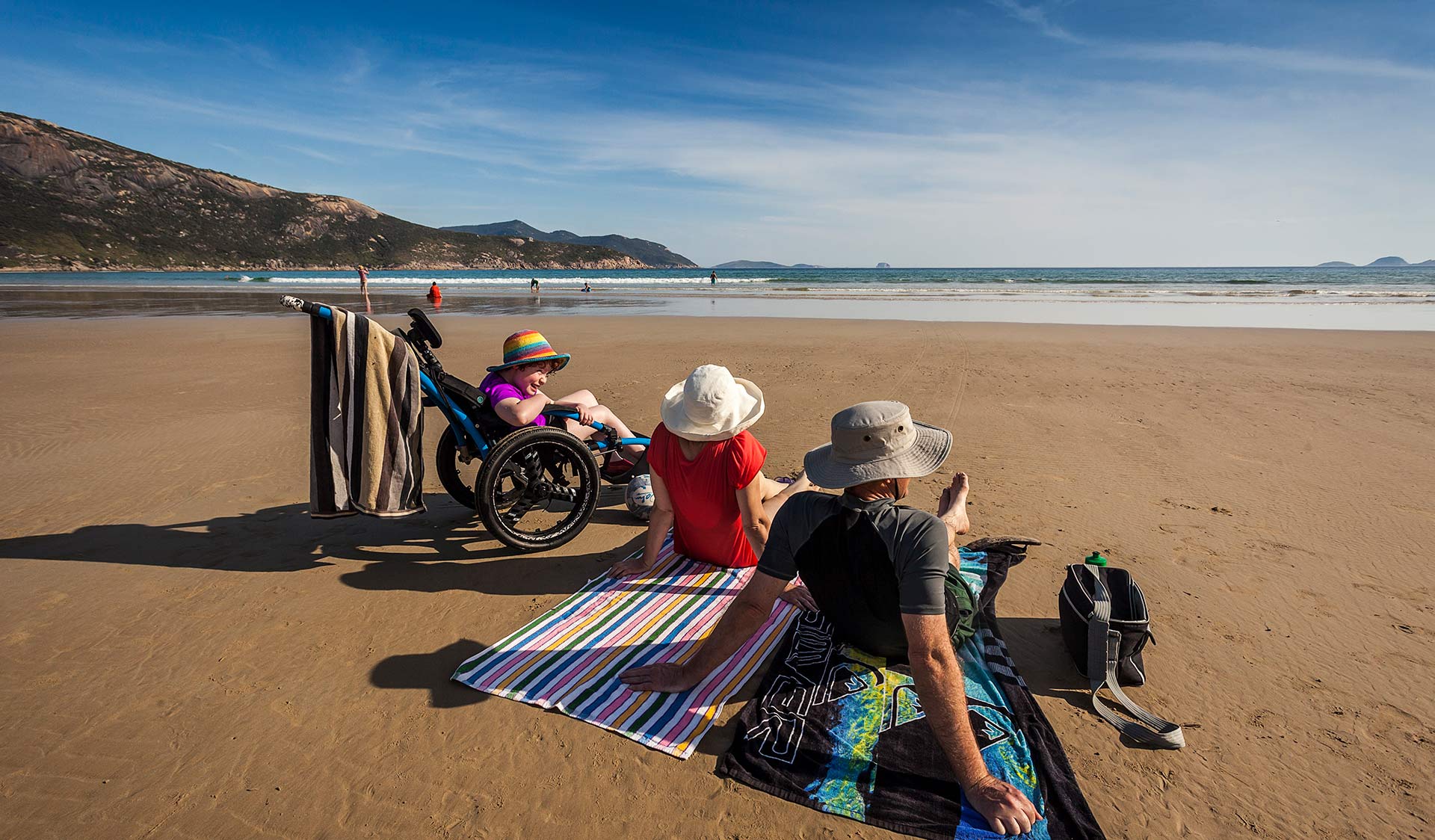 One of the Prom’s iconic locations, the rounded grains of quartz sand make a ’squeak’ when walked on.

The Mount Bishop Walk is 7.4km return and takes around two and a half hours.

Download the Wilsons Promontory National Park visitor guide and the park map before you go.