Yarra Valley Parklands is part of an Aboriginal cultural landscape in the traditional Country of the Wurundjeri People. Parks Victoria respects the deep and continuing connection that Traditional Owners have to these lands and waters, and we recognise their ongoing role in caring for Country.

Yarra Valley Parklands extend along the Yarra River and provide visitors with a wide range of recreational opportunities, from picnicking to canoeing and even camping.

The parklands form a significant 'backbone' of interconnecting trails, linear parks, wetlands and waterways throughout the metropolitan area. The ongoing effort revegetating the parklands, mostly with the aid of valued community groups planting about 30,000 trees per year, has seen the return of a number of significant wildlife species. 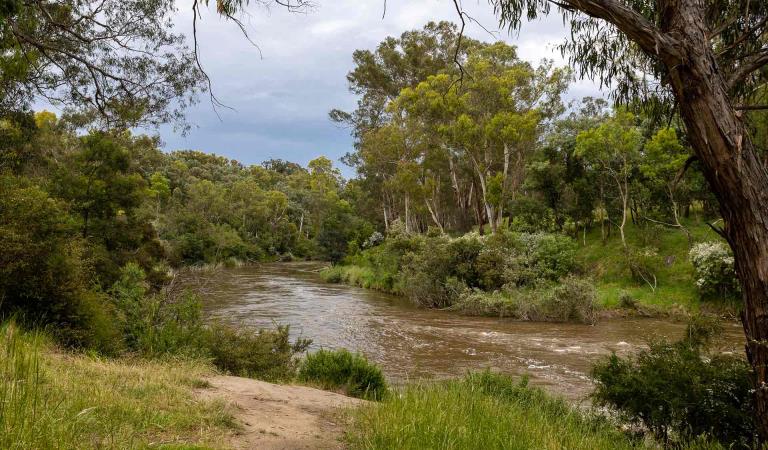 Longridge Campground is a peaceful place to camp close to Melbourne. Nestled alongside the Yarra River, enjoy exclusive use of the campground, suitable for a large group of up to 40 people. 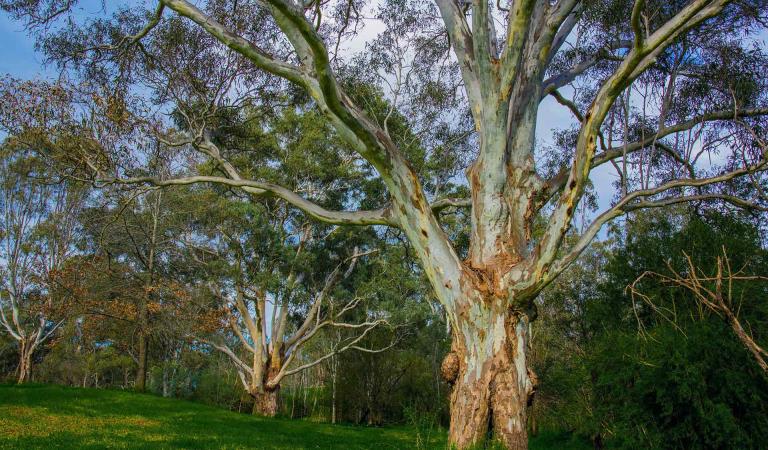 The open space, playgrounds and picnic areas of Banksia Park make it a popular location for families of all ages. The dog-friendly park is perfect for cyclists, joggers and walkers. 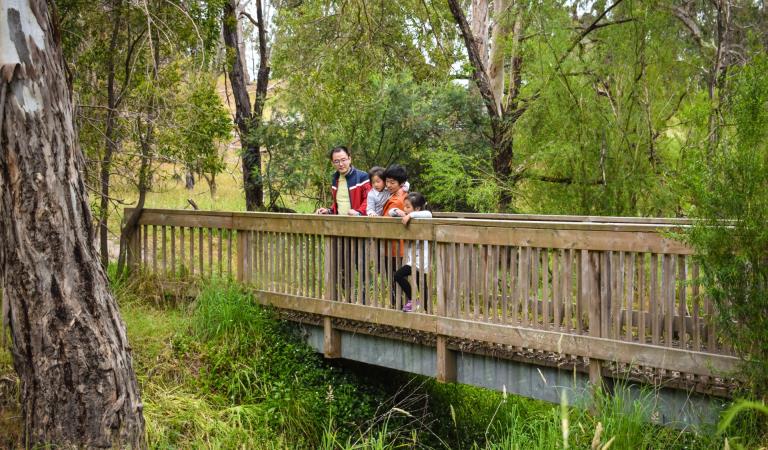 Situated beside the Yarra River in Templestowe, Westerfolds Park offers over 120 hectares of parkland perfect for picnicking, cycling, walking and canoeing. 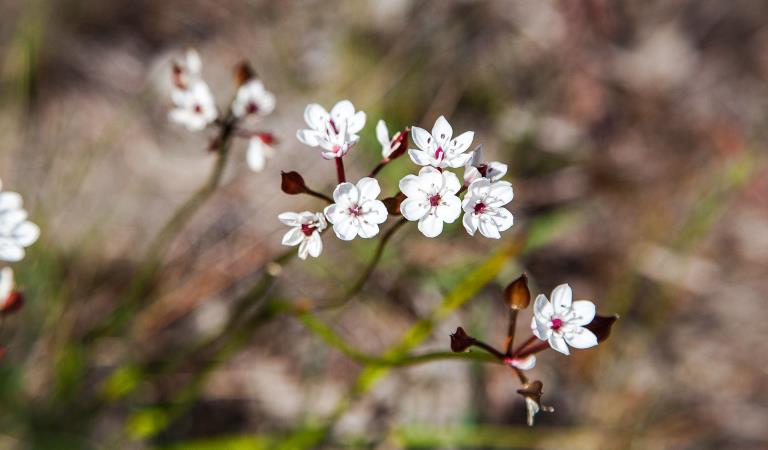 Pettys is one of Melbourne’s oldest commercial orchards, holding the largest collection of apple varieties on mainland Australia.

This park is well known for iconic Australian wildlife. Keep your eye out for:

In 1929 it was recognised that rapid urban development in Melbourne after the 1880s had resulted in a lack of parklands to meet community needs. Finally in 1971 the state government announced the 1430ha Yarra Valley Park as a vital wildlife corridor and natural recreational space for Melburnians.

Westerfolds Park
Before European settlement the whole Yarra Valley area was part of the Wurundjeri tribe territory. In 1847 the area which is now Westerfolds Park was purchased from the Crown.

In the early 1930s the Turner Family bought the land and built the ‘Manor’ in 1936. By the 1950s the growing population had pushed most of the large-scale farmers and orchardists out of the surrounding area, but residential and industrial development did not occur mainly because of the threat of flooding. In the 1970s plans to create a residential estate were strongly opposed by the community and the state government purchased the land in 1973; to meet the growing need for public open space.
The park was officially opened in November 1984.

Banksia Park
In 1841 a punt service was established across the river at Banksia Park forming a key crossing point for the area that encouraged the clearing and development of the surrounding land. The first bridge was built in 1960.

Birrarrung Park
The name ‘Birrarrung’ is derived from an Aboriginal name for the Yarra River; ‘Bay-rayrung’ meaning ‘river of mists’. Stone chips, flakes and an axe head found in the park are remnants of large gatherings of the local Aboriginal people, the Wurundjeri. Because of the constant threat of flooding, residential and industrial development did not occur at this location.

Yarra Flats
The Yarra Flats areas was a popular site for Aboriginal gatherings of the Wurundjeri people up until the 1950’s. From the 1830s the land was claimed by the state and sold as prime agricultural land. The fertile soils provided excellent conditions for growing wheat and barley.

Parks Victoria is proud to be a key partner in the implementation of the Yarra Strategic Plan, Burndap Birrarung burndap umarkoo. Delivering the plan is a Victorian Government commitment to protect our treasured Yarra River, Birrarung, and its parklands for future generations.

Yarra Flats Park in Eaglemont is popular with walkers, cyclists, picnickers and birdwatchers. Parks Victoria undertook community consultation to test community support for proposals for the park which include: revegetation and new walking paths; an Impressionist Lab Art Gallery and Education Centre proposed by Banyule City Council; a tree-based adventure course proposed by Parks Victoria and Ecoline; and a stormwater wetland proposed by Melbourne Water.

A revised concept plan for the northern section of Yarra Flats Park has been developed to incorporate feedback from community consultation.