The marine ecosystem is the largest aquatic ecosystem on Earth, distinguished by water with a high salt content.

A useful way to differentiate and manage the marine ecosystem is by marine habitats and the animals and plants typical of these areas. A marine habitat is a place where species are found together.

Habitats provide energy or food sources, oxygen, water, protection and opportunities for reproduction - all the basic needs for marine organisms to survive.

While marine habitats may occur in different locations within a marine national park, marine sanctuary or along the coast, they often have similar species, values and are affected by similar threats.

As the name suggests, subtidal rocky reefs are composed of rocks (e.g. granite, limestone, basalt) which are always submerged, even at low tide. Found in both deep and shallow waters, they provide an essential, solid foundation which many plants and animals need to survive. Erosion from wave action can create rock overhangs and crevices which provide shelter and protection to the species which live there.

Subtidal rocky reefs are home to a fascinating and diverse range of marine plants and animals. Shallower reefs can support extensive plant communities forming kelp forests whereas deeper communities can be brilliantly coloured due to the huge diversity of sponges and marine invertebrates. Even though Victorian reefs are temperate, bright corals are common in many areas as well as magnificent fish.

The reefs are vital to the survival of many species, including commercially viable species such as abalone and rock lobsters. They also provide an excellent site for divers and snorkellers to experience a huge range of Victoria’s marine life.

You can visit subtidal rocky reefs in the following places:

Rocky reefs that are exposed at low tide are great places to explore as there are many animals and several plants that can survive out of the water for some time. These rocky shore communities are quite variable across Victoria. Intertidal communities differ depending on the level of exposure to waves, the rock type and its weathering, the presence of rockpools, crevices, and boulders, and the presence or absence of predators.

You can visit intertidal rocky reefs in the following places:

Brightly coloured and composed of a huge range of invertebrate species, sponge gardens are found growing on deep reefs (generally greater than 20m) along the coast of Victoria. These habitats flourish in deeper waters or shaded areas because they do not require much light, unlike algae and seagrass.

The invertebrates which make up the fascinating ecosystem include sponges, hydroids, sea fans, sea whips, sea pens, tube worms, bryozoans and ascidians. These, in turn, provide an important habitat for other animals (e.g. nudibranchs).They are generally filter feeders, which means that they filter small particles out of the water column for food.  Sponge gardens play an essential role in nutrient cycling in the ocean.

You can visit sponge gardens in the following places:

Seaweed forests are made up of a special group of large brown algae called kelps. These large plants attach themselves to solid structures such as rock and extend their blades into the waters reaching towards the sunlight.

These large algae forests create habitat for smaller algae and a wealth of animals that either live attached to the rocks beneath the kelps, on the kelps themselves or in the sheltered waters between individual plants.

In the same way that trees provide shelter and food for many different species, kelp forests are the forests of the sea. The kelp forest has a dense canopy of blades blocking out light and shading the surface of the rock. This provides an ideal environment for smaller algae and non-moving animals.

You can visit kelp forests in the following locations:

In sheltered bays and inlets like Western Port and Corner Inlet, and larger estuaries like the Yarra and Barwon Rivers, small trees called mangroves form an important protective fringe along the coastline and out into the water. Mangroves provide important protection for coastlines from the erosion caused by waves and storms.

The White Mangrove (Avicennia marina) is the only mangrove species found in Victoria. It also grows in tropical areas as much larger trees.

Mangroves have a range of features that allow them to survive on the edge of the sea in the challenging habitat of thick, airless and salty mud. They have specialised breathing roots, salt glands for removing excessive salt and large seeds that can float in seawater.

Many species of animals including crustaceans and fish, feed among the mangroves in the early stages of their life. Species found in this habitat include Yellow Eye Mullet (Aldrichetta forsteri), Mangrove snail (Bembicium sp) and Mud Crabs (Paragrapsus laevis).

You can visit mangroves in the following places:

Mudflats are places without vegetation where low tides leave soft muddy sediments exposed to the air. They are important feeding areas for many birds and fish, teeming with worms, small crustaceans, such as crabs and burrowing shrimp, snails and other molluscs, which use broken down organic debris washed into these areas for food.

Mudflats are made up of very fine particles that restrict water movement into the soil and have little oxygen below the surface. This contributes to the black colour and smelly gases produced in these habitats. These characteristics are due to the activities of bacteria that can survive in the thick airless mud.

Most animals that live in the mud have burrows or special features that allow them to get oxygen from the water above. Animals found in mudflats include Soldier Crab (Mictyris platycheles), Flatworm (Platyhelminthes), Moon Snail (Polinices conicus), Sharptailed Sandpiper (Calidris acuminate) and Wavy Volute (Amoria undulate).

You can visit mudflats in the following places:

Many animals and plants live in the open waters of Bass Strait or the Southern Ocean away from the shoreline. These areas are affected by strong winds, powerful tidal currents and large waves.

Seabirds including penguins, gannets, gulls, and albatross, feed in the open waters for. Many of these species use the coast for breeding but spend long periods of time out in open waters. Marine mammals, such as Australian Fur Seals, Bottlenose Dolphins and Southern Right Whales also use open waters as areas to feed or breed.

Sandy habitats are far from being deserts and have a surprising wealth of life. These areas are home to a range of tiny plants and animals that can live in the spaces between the sand grains while larger animals hide beneath the sand.

Scientific surveys have shown that some Victorian sandy environments have the highest levels of animal diversity in the sea ever recorded. In the area around the Ninety Mile Beach Marine National Park in Gippsland more than 600 different marine animal species, many of them very small, have been found within an area of 10 square metres.

You can visit sandy flats in the following places:

In the sheltered parts of many bays, inlets, and estuaries flowering plants called seagrasses establish extensive underwater meadows. Seagrasses are critical in the lifecycles of many fish species with many spending the early part of their life in seagrass beds.

Seagrasses trap soil and other materials washed from the land and bind them together. This stops them from clouding the water and preventing light reaching plants on the bottom.

Seagrasses provide shelter for many marine species. They contribute large amounts of plant material that breaks down to form detritus (a major food source for invertebrates).
In the past three decades, catchments that have been extensively modified for urban or agricultural development leading to a massive decrease in seagrass beds, particularly in bay areas. This decrease means there is reduced habitat for commercially significant fish and internationally important bird species.

As seagrasses can take many decades to recover, loss of this habitat is a community concern.

You can visit seagrass beds in the following places:

Marine national parks and sanctuaries exist to protect Victoria’s unique and diverse marine ecosystem, and the many plants and animals that live in them. Discover our underwater worlds, and some unexpected finds, and meet some of the marine life that these parks protect! 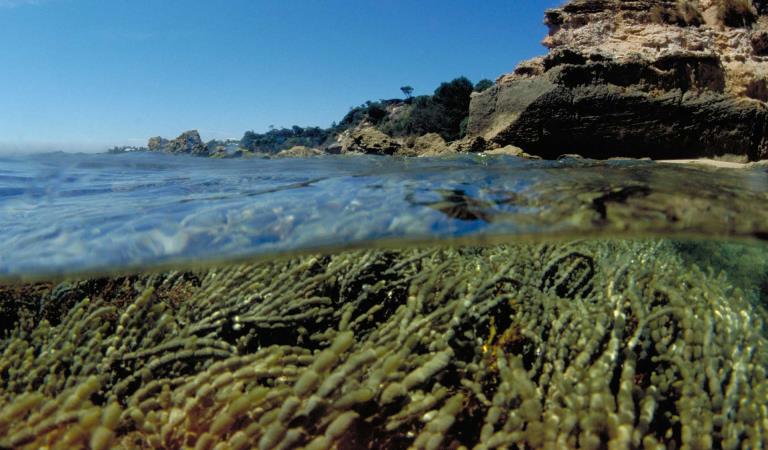 7 unexpected things found in our parks

When you think of Victoria’s parks, the first things that comes to mind are probably found on land – mountains, trees and grassy plains. However, did you know that Parks Victoria also manages 30 marine protected areas? What you’ll find there might surprise you!

If you’re looking for the best places to see underwater ecosystems and encounter marine wildlife, look no further! We’ve rounded up some of the best ways to explore marine protected areas. So, pack your togs, wetsuit, a mask and snorkel and head to the coast! 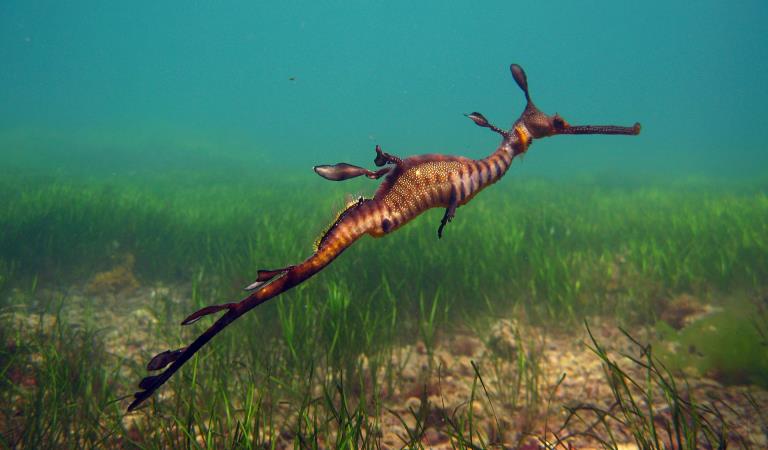 Meet some of our unique marine life