The island is part of an Aboriginal cultural landscape in the traditional Country of the Wurundjeri People. Parks Victoria respects the deep and continuing connection that Traditional Owners have to these lands and waters, and we recognise their ongoing role in caring for Country.

To get to the island, catch the free punt service (weekends and public holidays from January until Easter) or make your own way there in a boat, canoe, kayak, or paddleboard.

The island is best known for its unique sculpture park. The trail that weaves through these sculptures is a must-do for anyone visiting the island.

The varieties of birds that occupy this vegetation commonly seen include Honeyeaters, Willie Wagtails, Cormorants, Darters, Kookaburras, Magpies, Wattlebirds and Herons. Waterbirds such as the Pacific Black Duck, Maned Ducks and Dusky Moorhens shelter and forage within the reeds. Possums, lizards, and snakes are also found on the island.

Herring Island is the only substantial island on the Yarra River. Originally a basalt quarry in the 1800s, the island was formed by excavating the tip of Richmond, changing the natural course of the river.

During the 1950s and 1960s, the Australian Scout Association leased the island then known as Como Island, which was renamed after the then President, Sir Edmund Herring. In the 1990s the island became managed by government and, 1996, Parks Victoria in association with Maudie Palmer developed the concept for an Environmental Sculpture Park. Unique sculptures were added to the island's landscape to provide a retreat from the urban environment of the city. In 1997, Maudie Palmer repurposed the Scout Hall into a gallery, which was transformed by architect Gregory Burgess. 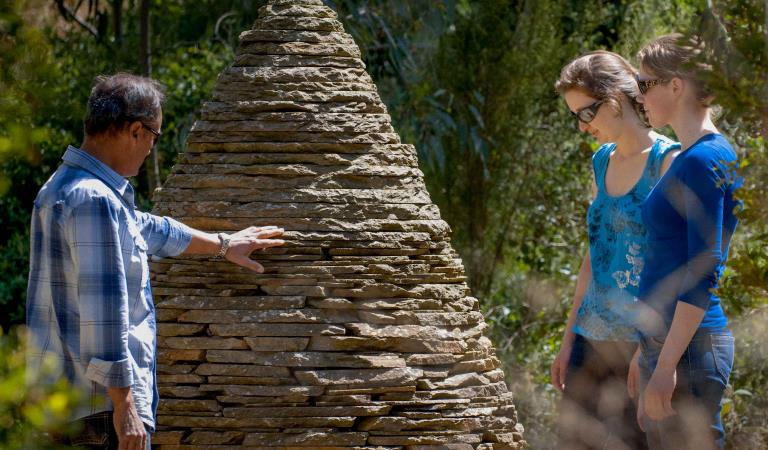 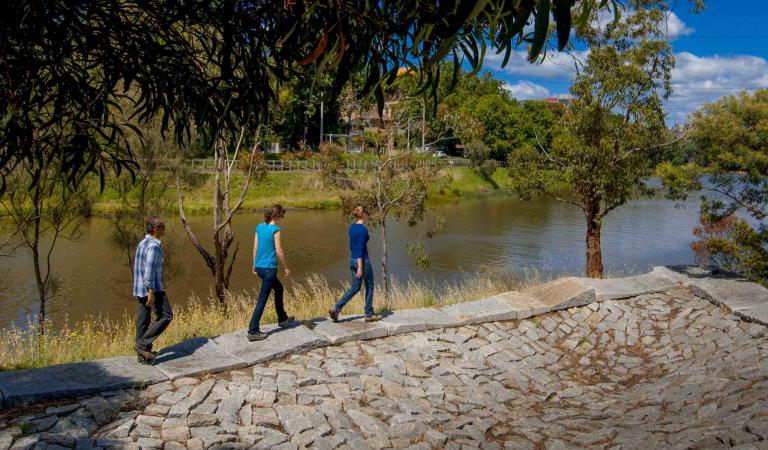 Barbecuing and picnicking at Herring Island

At the eastern end of the island near the southern landing, you will find the grassy picnic area which contains free electric barbecues, drinking fountains, picnic shelters and nearby toilet facilities. Bring along a picnic and make a day out of your visit with family and friends. 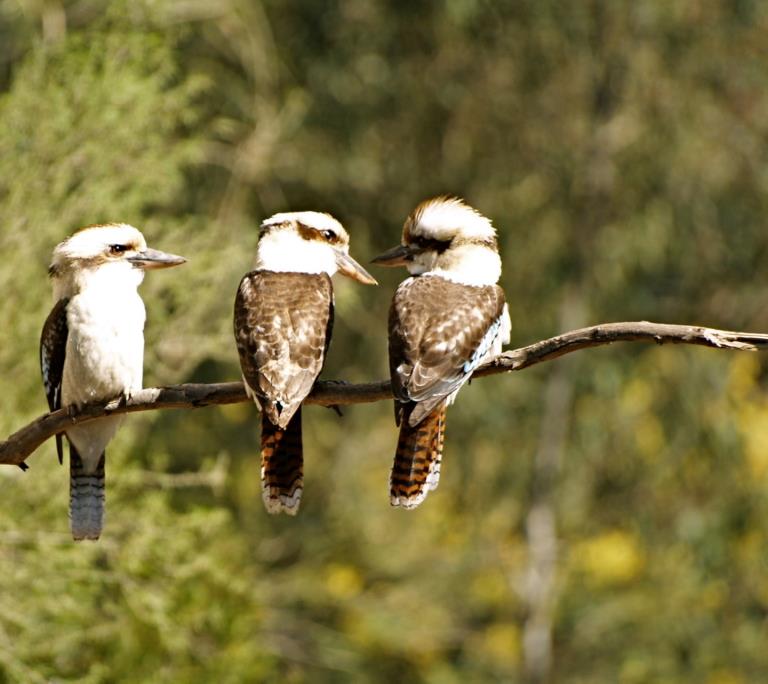 Herring Island forms an environmental corridor of wildlife and regional vegetation. Wander the indigenous forest and grassland landscape and keep your eyes peeled for a huge variety of birds along with possums, lizards, and snakes.

On weekends and public holidays in the summertime, catch the punt across from Como Landing from the first weekend of January until the Easter long weekend (Easter Monday included).

Download the Herring Island visitor guide for more information and a map of the island.

The old Scout Hall was renovated to form the Herring Island Gallery. Open for the Summer Arts Festival, the building and some areas of the island are available to hire for events and exhibitions.

There is an area set aside on Herring Island called the Conservation Area where the Friends of Herring Island have undertaken an intense programme of native revegetation which creates a 'special sense of place'. The friends group meet once a month to help protect, maintain, and restore the islands unique environment through activities including invasive plant management and supporting indigenous flora and fauna through planting. The group encourages new volunteers to get involved, to become a volunteer, register with ParkConnect, create your volunteer profile and explore many diverse and exciting activities.

Enjoy a picnic on the lawn, meander along the sculpture trail and keep your eyes peeled for the local animals taking shade under the trees.
Make the most of the cooler weather and experience the river from a difference perspective by paddling along its waters and taking an invigorating stroll around the island immersed in the freshness of the landscape.
On a crisp winter's morning, witness the mist rising from the Birrarung “Yarra River” as you take a brisk stroll around the island and take in the wonderous Wattle trees in their full flowering glory.
The Island comes alive in spring as the wildflowers bloom and fresh foliage bursts through across the landscape. This time of year also offers wonderful opportunities to immerse yourself in the sights and sounds of the local wildlife including the marvellous array of local birds.

Visiting a park can be more of a challenge for people with disabilities, however, in Victoria there are a wide range of facilities to help people of all abilities enjoy our wonderful parks around the state. Parks Victoria provides a range of a equipment, including all-terrain and beach wheelchairs, facilities, accommodation and accessibility information and programs to help you plan and enjoy your visit to Victoria's parks.

Please stick to paths on the island to avoid snakes and rough terrain.

Swimming is not permitted in the Yarra River and is not permissible for accessing Herring Island due to safety risks posed by the area being dedicated as a boating channel with subsequent high levels of vessel activity.

Help us look after your park by following these guidelines: Please take rubbish away with you for recycling & disposal. All native plants and animals are protected by law. Please do not disturb them in any way.

Parks Victoria is proud to be a key partner in the implementation of the Yarra Strategic Plan, Burndap Birrarung burndap umarkoo. Delivering the plan is a Victorian Government commitment to protect our treasured Yarra River, Birrarung, and its parklands for future generations.