Mitchell River National Park is one of the jointly managed parks within Gippsland. The Joint Management agreement recognises the fact that the Gunaikurnai people hold Aboriginal Title and maintain a strong connection to Country. As custodians of the land, they are the rightful people who speak for their Country. These parks and reserves are cultural landscapes that continue to be part of Gunaikurnai living culture. For more information on Joint Management, please visit the Gunaikurnai Traditional Owner Land Management Board and the Gunaikurnai Land and Waters Aboriginal Corporation.

It is rocky country that has rugged gorges and 100 metre sheer drops. Some of these, such as The Bluff, provide 360 degree views that were good lookout points for our ancestors, used for safety and defence.

Mitchell River was a major stop-off point for our old people travelling from the high country to the lowlands. It was at one point going to be the site of the mission, but it was found to be too cold in winter so Lake Tyers was chosen instead. There are important places throughout this park – Angusvale was a good source of food, medicine and materials, and Billy Goat Bend had reliable water. Deadcock Den is important to Gunaikurnai men. There are caves throughout the area that were shelter places and burial grounds where ancestral remains have been found.

The Den of Nargun

The Den of Nargun, a cave behind a waterfall of the Mitchell River, is a place of great cultural significance to the Gunaikurnai people, especially women.

Stories were told around campfires about how the Nargun – a large female creature who lived in the cave – would abduct children who wandered off on their own. The Nargun could not be harmed with boomerang or spears. These stories not only kept children close to camp, but also ensured people stayed away from the sacred cave.

The Den of Nargun is a special place for women and may have been used for women’s initiation and learning ceremonies.

Victoria's parks provide a range of guided and non-guided experiences that provide unique insights into Aboriginal cultural values and stories. 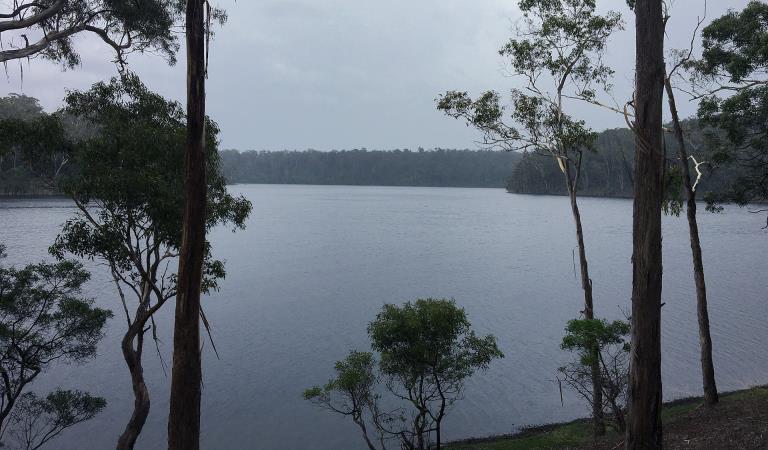 Bung Yarnda (Lake Tyers) was an important meeting place for Gunaikurnai groups throughout the area. Find out more about the rich Aboriginal Cultural Heritage of Lake Tyers. 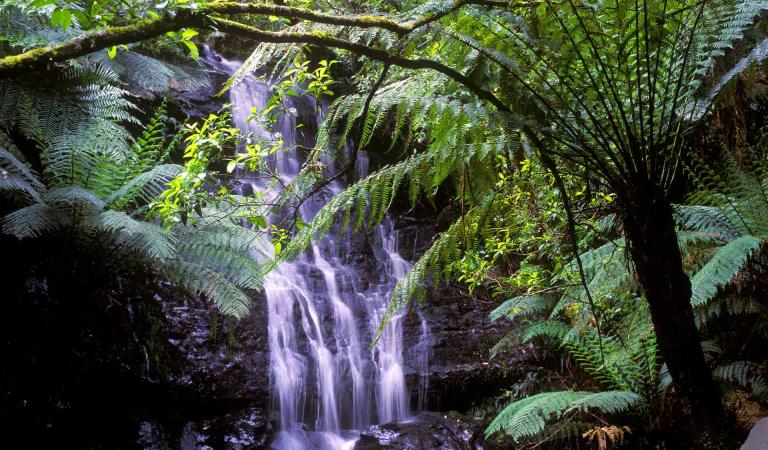 Tarra-Bulga sits in a significant part of the Gunaikurnai cultural landscape - on their creation storyline, where Borun travelled carrying his canoe from the mountains to the sea. There is still much work to be done to fully understand the cultural values within the park, but the significant remnants of old growth forest are characteristic of a period when only Gunaikurnai were present on the land. 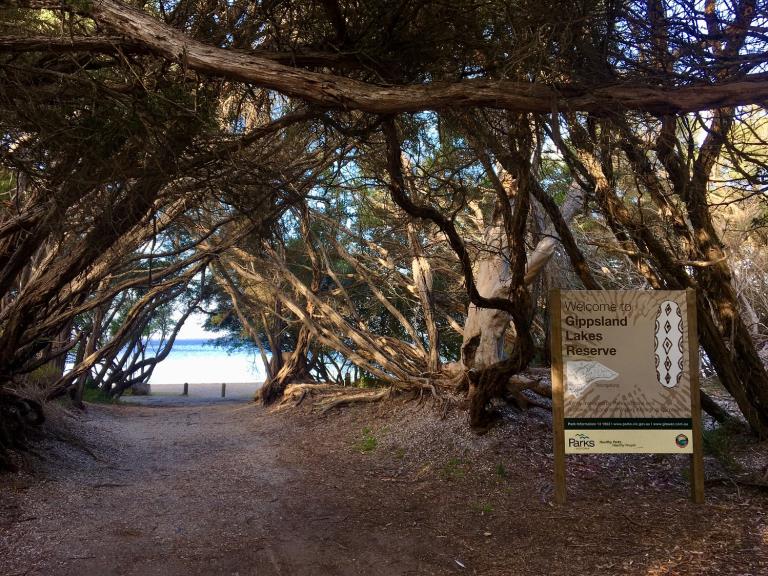 Gippsland Lakes Reserve, situated on Raymond Island on Tatungalung Country, is highly significant to Gunaikurnai Traditional Owners due to its remarkable Aboriginal cultural heritage. Just a short ferry ride from Paynesville, you can leave the car behind and explore the island by foot or bike, or bring your car with you for a small fee. Raymond Island is a haven for wildlife, especially well known for its large koala population.

Learn more about the culture, history and contemporary aspirations of the Aboriginal Traditional Owners of our land. 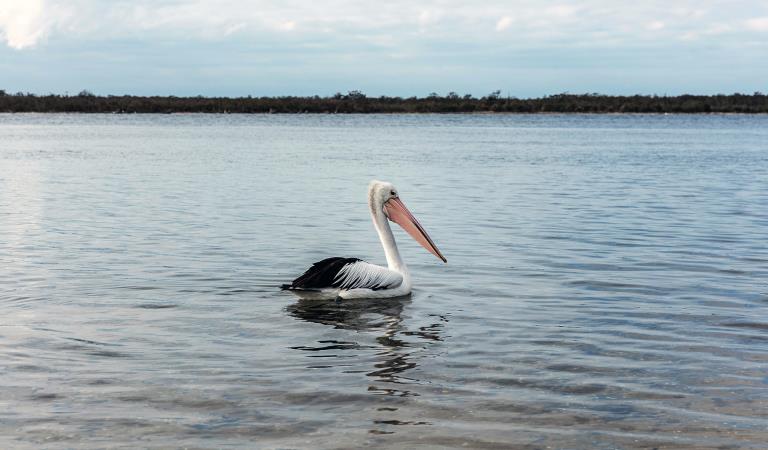 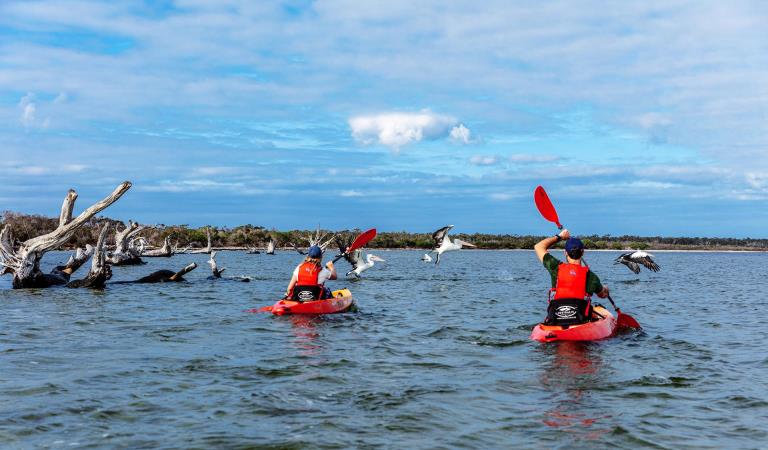 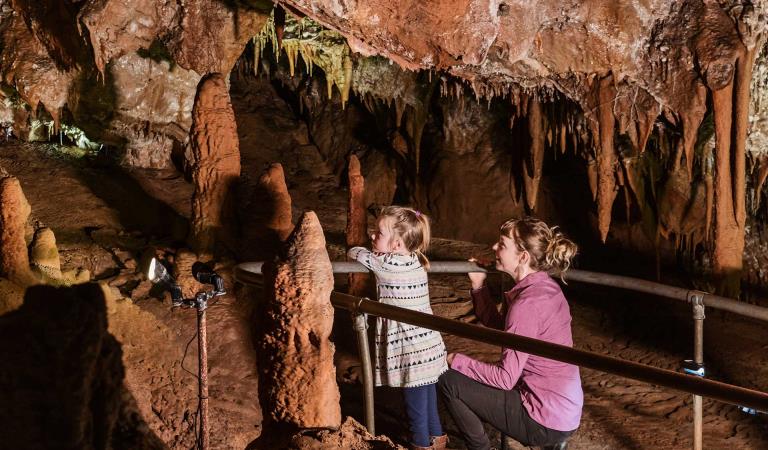 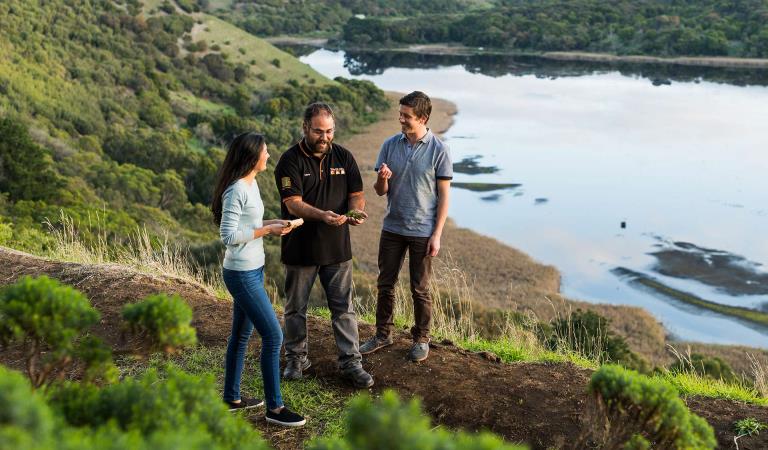 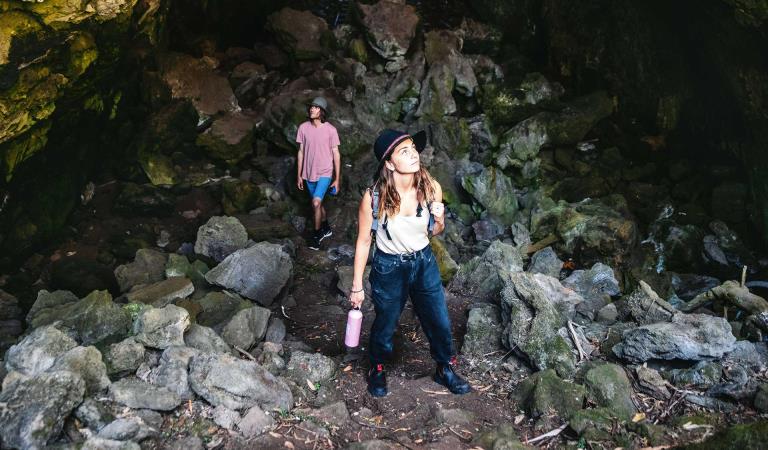 Budj Bim is a long dormant volcano. Budj Bim is the source of the Tyrendarra lava flow which extends over 50km to the southwest. It is central to the history of the Gunditjmara people.

Heading west out of Bairnsdale on Main Street/Princes Highway/A1, turn right onto Bairnsdale-Dargo Road/C601 and follow for about 42 kilometres. You can turn right at Wallers Road and follow that to the end to reach the Den of Nargun picnic area. Forr access to Billy Goat Bend camping area, either turn left off Wallers Road and head north along Park Road, or turn right off the Bairnsdale-Dargo Road/C601 onto Billy Goat Bend Road, and follow the signs to the camping area.
Angusvale campground is located at the end of Mitchell River Road, further north along the Bairnsdale-Dargo Road/C601. Turn right off the C601 and follow the track for 16 kilometres.
To access the eastern side of the park, turn right off the C601 onto Lindenow-Glenaladale Road. Cross the bridge over the Mitchell River and turn left to stay on Lindenow-Glenaladale Road. Turn right at Weir Road and stay on it until you are continuing along Wattle Creek Road and see entry signs to the park.
To visit the Old Weir day visitor site, turn left off Weir Road onto Milton Park Road. Please be aware that the end of this road down into the day visitor site is rated as a Double-Black Diamond 4WD track, and is suitable for experienced four-wheel-drivers only. Visitors can access the site on foot - park your vehicle at the top of the hill and walk approximately one kilometre to the site. Please take plenty of water.

Download the Mitchell River National Park visitor guide for more information about the park and a map.

Mitchell River National Park is on the Country of the Brabralung clan. The park has a rich cultural history that tells of tribal conflict, ceremonies, food gathering, community life and local spirits. The Gunaikurnai and Victorian Government Joint Management Plan provides a description of joint management strategies and actions that are specific to Mitchell River National Park.

Driving in the park

All roads and tracks within the park are gravel, with the Mitchell River Road and Wallers Road being readily accessible for most vehicles. All other tracks would require a 4WD to navigate, with varying levels of experience required. Find more safety tips on our Safety in nature page. 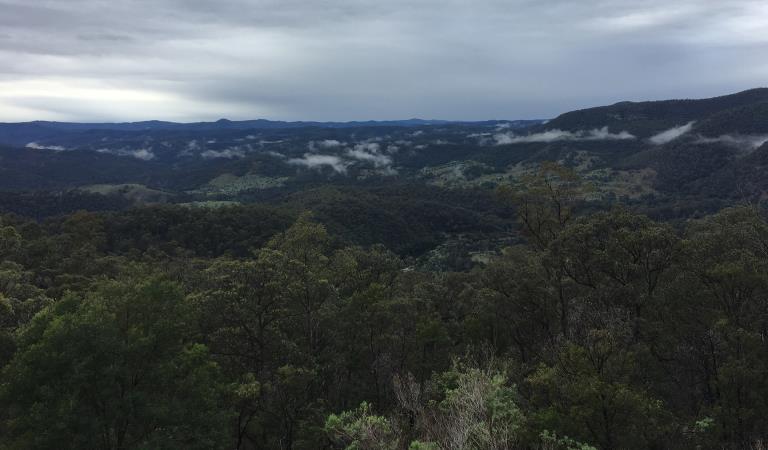 Mitchell River Walking Track is a perfect way to discover the Impressive river scenery, serene rainforest gullies and rugged landscapes of the park, and some shorter walks connect you to the parks Aboriginal culture and heritage. 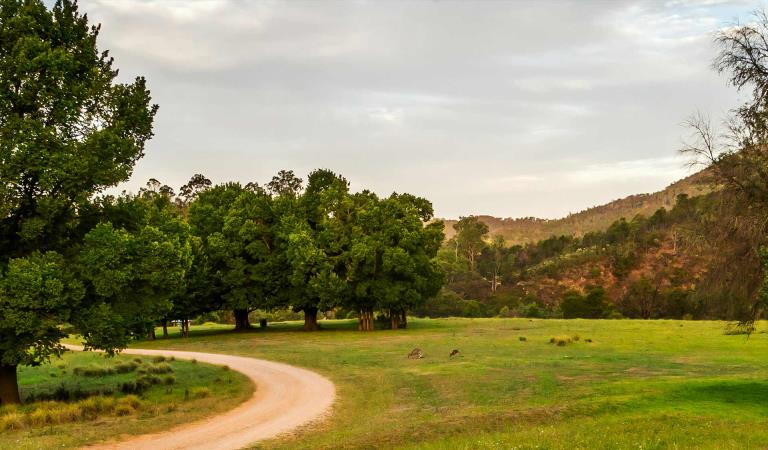 Camp at Billy Goat Bend or Angusvale camping area, or along the Mitchell River Walking Track at one of the basic campsites. 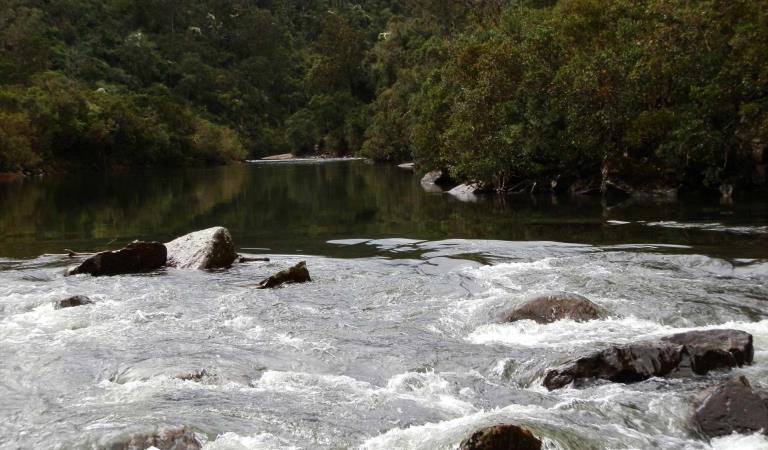 Canoeing and rafting at Mitchell River

The Mitchell River offers short day trips or extended touring through the tranquil pools and turbulent rapids down to the Gippsland Lakes, with challenging Whitewater Grades III and IV rapids. July to December usually have the best flow, but please check river levels before you visit. 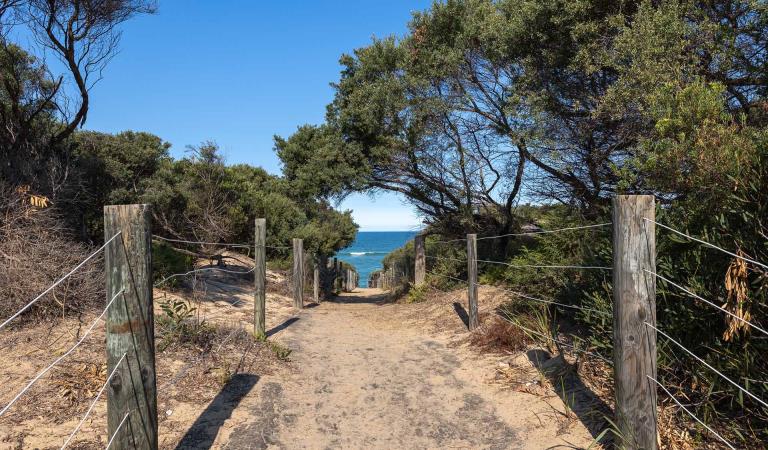 The campground is separated from the beach by a stretch of fenced vegetation. There is access to the beach from the Paradise Beach camping area. Use this access points to reduce damage to the sensitive coastal vegetation.